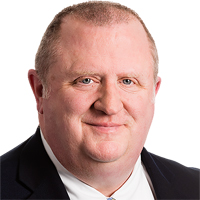 A new script about judicial nominations is circulating among Senate Democrats and their left-wing grassroots and media allies. They claim that President Trump is nominating, and Senate Republicans are confirming, judges in order to impose a political agenda defined by the personal views of his nominees. This argument rests on the very dangerous notion that judges decide cases based on their personal views and therefor only individuals holding certain personal views are acceptable for the federal bench.

Case in point: The coordinated attack on the nomination of Wendy Vitter to the U.S. District Court for the Eastern District of Louisiana. A letter from left-wing groups last year opposing the nomination quoted Vitter saying at a 2013 rally that Planned Parenthood “kill[s] over 150,000 females every year.” This was, the letter said, an “extreme” view that means Vitter cannot be a “fair and impartial arbiter of women’s health issues.”

Was Durbin suggesting that Planned Parenthood doesn’t cause deaths? Merriam Webster defines “abortion” as “the termination of a pregnancy after, accompanied by, resulting in, or closely followed by the death of the embryo or fetus.” The Free Dictionary defines it as “induced termination of a pregnancy with destruction of the embryo or fetus.” What part of this does Durbin not understand?

Let’s put aside Durbin’s subtle shift from what Vitter actually said (“females”) to what she didn’t say (“women”). Is he disputing that Planned Parenthood is responsible for aborting 150,000 females a year? According to its own annual reports, Planned Parenthood performs about 328,000 abortions per year. The National Center for Health Statistics says that 49 percent of babies born are female. Do the math.

Even worse (if that’s’ possible) is the real strategy behind these attacks. After all, what difference does it make what a nominee’s personal views are on this or that issue? Why would a Judiciary Committee member ask a nominee to the U.S. Court of Appeals whether she believes homosexuality is a sin? Why would another member criticize a district court nominee’s membership in a Catholic service organization? Why would the committee’s top Democrat tell an appeals court nominee that “the dogma lives loudly in you”?

Because the Left believes that judges decide cases based on their personal views. Remember when former Sen. Barack Obama (D-Ill.) opposed the nomination of Chief Justice John Roberts in 2005? He said that judges should decide cases based on their “deepest values,” “core concerns,” “broader perspective on how the world works,” and the “depth and breadth of their empathy.”

In their letter opposing Vitter, those left-wing groups characterized judges as the “arbiters” of “issues.” Well, if that’s what you believe judges do, and if you believe that judges should do their arbitration based their personal empathy, you would want to know about a nominee’s values, concerns, perspectives, and empathy. You would want to know another basis Obama identified for judicial decisions: “what is in the judge’s heart.”

This is why liberal senators and groups ask about nominees’ personal views, and even their religious views. And it is a radical rejection of how America’s founders designed our system of government in general, and the judiciary in particular. The notion that judges use their personal views rather than the law to decide cases is the opposite of, in the phrase found in the Massachusetts Constitution, “a government of laws, and not of men.” Whether judges should have this much power, not their personal or religious views, should be the focus of debates over judicial nominees.

3-year-old found shivering in ‘deplorable’ conditions after his parents die on their front porch. Police suspect they overdosed.
It’s TOO LATE for NATO to win the war against Russia… here’s why
78-year-old woman accused of helping her grandson cover up a murder: Report
Reap what you sow: Democrats now express regret for skirting norms to boot Republicans from committees
‘God was with me’: DC woman hailed as hero for disarming gunman accused of killing transit employee in shooting rampage