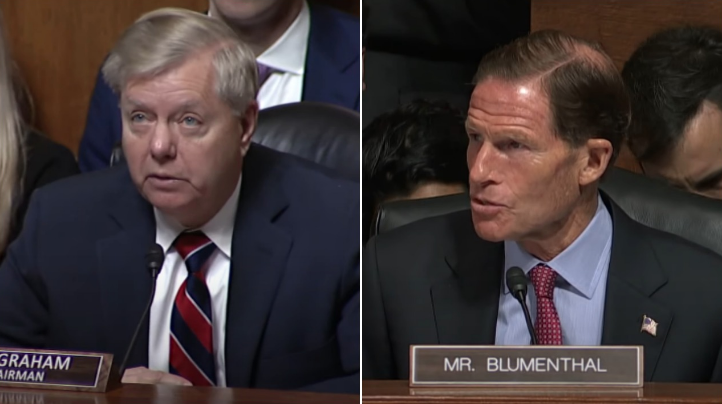 A bipartisan group of politicians is pushing a bill to prevent “online sexual exploitation of children,” but some civil liberty and tech experts have warned that it could jeopardize American privacy.

There is fierce debate over the bill. The EARN IT Act, or “Eliminating Abusive and Rampant Neglect of Interactive Technologies Act of 2020,” was introduced in the Senate on March 05, 2020.

The bill “revises the framework governing the prevention of online sexual exploitation of children.” It also lists that it “requires interactive online service providers to certify compliance with the best practices” or else these providers will “lose liability protections from claims alleging violations of child sexual exploitation laws.” The bill’s critics, however, ask if it could destroy the idea of internet privacy to protect children from exploitation.

Sen. Lindsey Graham (R-SC), the lead sponsor of the act, declared that “we’re not going to go blind and let this abuse go forward in the name of any other freedom.” One mother’s testimony at the hearing explained that, “As a mother — as a human — I cannot fathom a society that places anything above the safety of our kids.”

On the other hand, several libertarian and liberal civil rights organizations and tech experts say privacy from government oversight is one liberty that cannot be given up for the sake of security. Senior legislative counsel of the American Civil Liberties Union Kate Ruane observed that, “The EARN It Act threatens the safety of activists, domestic violence victims, and millions of others who rely on strong encryption every day,” WIRED reported.

He then revealed a chart which showed a correlation between the rise of the internet/social media and reports of child exploitation. He also brought a second chart showing how various companies have responded and observed. “Facebook is doing a damn good job of finding out sexual abuse on their platform and they’re reporting it,” said Graham, “and prosecutors are acting. The other sites, not so much.”

A co-sponsor of the bill Sen. Richard Blumenthal (D-CT), explained his rationale about wrangling with Section 230: “Companies that fail to comport with basic standards that protect children from exploitation have betrayed the public trust granted them by this special exemption.”

He also accused “Big tech of using encryption as a subterfuge to oppose this bill” according to CNET. He claimed by contrast that “The truth is, encryption can coexist with strong law enforcement.”

If companies want to keep their Section 230 protections, Sen. Josh Hawley (R-MO) declared during the same EARN IT Act hearing, “then they’re gonna have to actually do something for it. They’re gonna actually have to take some steps to protect our children online.”

Hawley further noted that “It is not too much to ask for these Big Tech companies to do their part in order to earn this blanket immunity that they have enjoyed as a gift from this government for so long.”

The co-author of Section 230, Sen. Ron Wyden (D-OR), among others, is against the bill. He hammered the bill for being a “Trojan horse” and “a transparent and deeply cynical effort” by politicians “to use child sexual abuse to their political advantage, the impact to free speech and the security and privacy of every single American be damned.”

The ACLU and Americans for Prosperity (AFP) have both announced their joint opposition to The Act in an announcement on an AFP blog, claiming that it “would lead to a so-called ‘backdoor’ in encrypted services, thereby jeopardizing the security of every American.”

ACLU Senior Legislative Counsel Kate Ruane declared, “the EARN It Act threatens the safety of activists, domestic violence victims, and millions of others who rely on strong encryption every day” and would be “jeopardizing free expression on the Internet in the process.”

AFP Senior Policy Analyst Billy Easley proclaimed that “Every American has a stake in seeing this legislation fail because we all rely on encryption to protect our conversations, our finances, and our internet-connected devices.”

National Security Agency whistleblower Edward Snowden described The Act as “the latest attack in the government’s very long war on encryption” because “[t]here is nothing these people won’t do to stamp out the idea of a private conversation.”

The developer of the private messaging app Signal, Joshua Lund, condemned the bill in an April 8 blog post in that “the security of millions of Americans (including elected officials and members of the armed forces) would be negatively affected. Meanwhile, criminals would just continue to use widely available (but less convenient) software to jump through hoops and keep having encrypted conversations.”