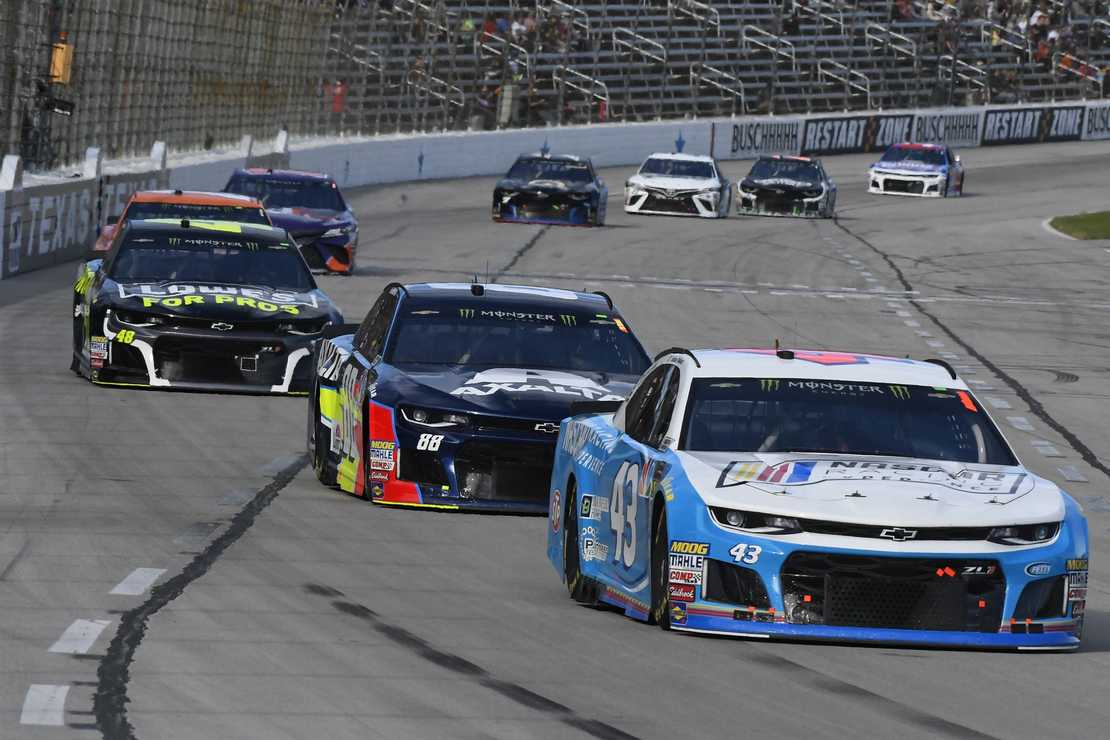 NASCAR, an American institution that started in the South and whose popularity has now gone global, announced that it was banning any display of the Confederate battle flag at its events or on its properties.

Five years ago, NASCAR requested its fans and drivers not to display the battle flag at its events. Few paid any heed to the suggestion. Now, the auto racing giant has made the ban mandatory — a move that will surely be controversial among its huge fan base in the South and anywhere NASCAR is popular.

“The presence of the confederate flag at NASCAR events runs contrary to our commitment to providing a welcoming and inclusive environment for all fans, our competitors and our industry,” NASCAR said in a prepared statement that was issued before its race Wednesday night at Martinsville Speedway in Virginia.

“Bringing people together around a love for racing and the community that it creates is what makes our fans and sport special. The display of the confederate flag will be prohibited from all NASCAR events and properties.”

NASCAR is a global brand now and the move, from their point of view, is necessary. But perhaps they should have weighed the costs along with the effusive praise they are basking in today.

NASCAR is telling its millions of fans who don’t see the battle flag the same way the NAACP sees it that they are inconsequential. Their pride, their heritage, their history (rapidly being erased), is meaningless. I doubt that attitude will go over very well.

ESPN reports that NASCAR doesn’t know how it will enforce the ban.

Confederate flags have been a familiar sight at NASCAR races over the sport’s 72-year history, dotting the infield atop RVs or being waved by fans in the grandstands. The issue has been a thorny one for NASCAR. Former chairman Brian France in 2015 tried to ban the flying of Confederate flags at racetracks, angering many fans.

NASCAR did not address how it would enforce the policy or indicate any penalties for fans who violate it by bringing the Confederate flag to a track. NASCAR has not raced in front of fans since the sport resumed last month amid the coronavirus pandemic and is expected to have minimal fans allowed at races this month in Florida and Alabama.

NASCAR may suffer a small hit in TV ratings, but track attendance will likely not be affected. New fans are being drawn to the sport all the time and those few who are so disgruntled they give up on the sport probably won’t be missed.

But another piece of Americana has been disappeared — canceled by those who created and are relentlessly driving the war on traditionalist America.

WATCH: Tucker Reacts to Biden’s Divisive Speech in the Way Only He Can
Lefty Crypto-Billionaire May Throw $1 Billion at Defeating Trump in 2024
Nancy Pelosi attacks Catholic bishop who barred her from receiving communion: ‘They try to undo so much’
Monkeypox outbreak was actually predicted in a 2021 report from companies that receive financial support from Bill and Melinda Gates Foundation
Elon Musk Says The Left Is ‘Brewing Attacks’ Against Him