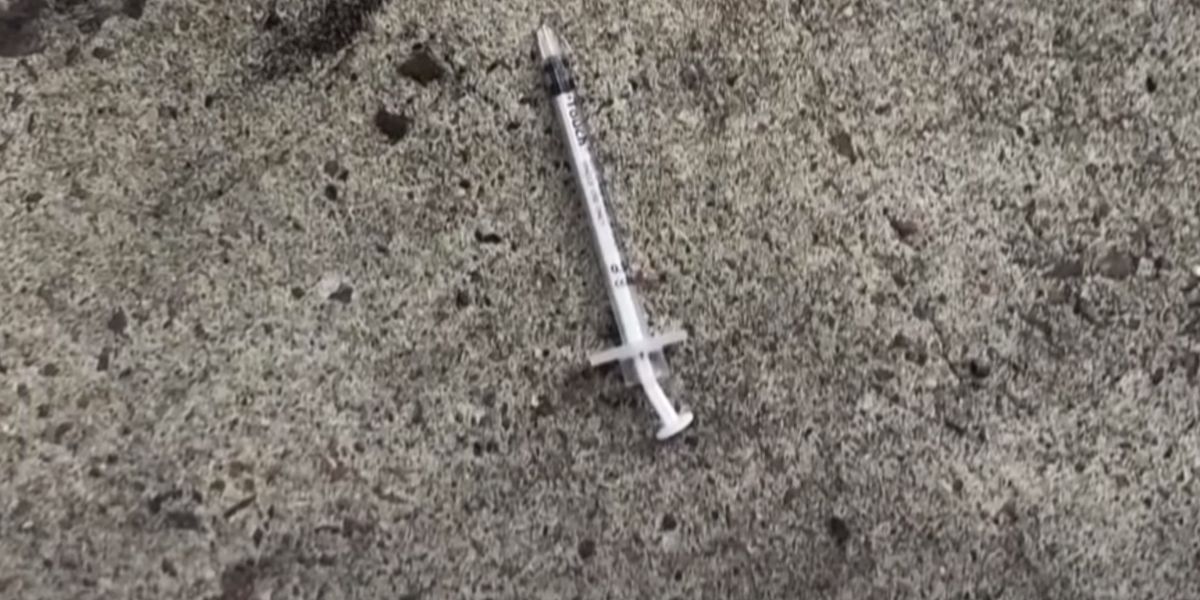 A church in New York City has resorted to barricading their front steps in order to stop homeless people from leaving feces and used needles.

“These people would come and crap all over the stairs!” said a member of the Trinity Presbyterian Church in Hell’s Kitchen to the New York Post.

The super in charge of the church said that the faithful had to resort to avoiding the front steps altogether and going through an alternative side entrance to go to their weekly services.

“I don’t open it up anymore,” said the super about the front entrance. “They were throwing syringes in there, smoking pot on the steps.”

Another church member told the Post that the super stands outside the church to keep the homeless moving, sometimes for 10 hours a day.

“Every day I’m fighting these guys. I’ve had to put my foot in a few a**es!” said the church super. “Right now I’m like a security guard.”

The Trinity Presbyterian Church says on its website that it serves about a hundred church members.

Zack Rakitnican works as a super at apartment buildings on the same block, and he says the homeless crisis has become the worst he’s ever seen.

“It was never like this here all the years I work here,” said Rakitnican. “Last 15 years, never this bad. It’s going down fast.”

Community activist Holly-Anne Devlin praised the city for a program that would help homeless people find shelter in hotels, but also admitted that drug dealers were taking advantage of the situation.

“They seem to be either selling drugs within the shelters, outside the shelters, and it’s causing a great deal of harassment, crime, you know, the neighborhood is feeling very unsafe for a lot of citizens,” Devlin said to WCBS-TV.

The homelessness crisis in New York City has worsened under the strains imposed by the coronavirus pandemic and the lockdown response. In April, subway and bus conductors reported that the homeless were making their buses and trains into makeshift living spaces and leaving unsanitary conditions.

Here’s more about the homeless crisis in New York City: