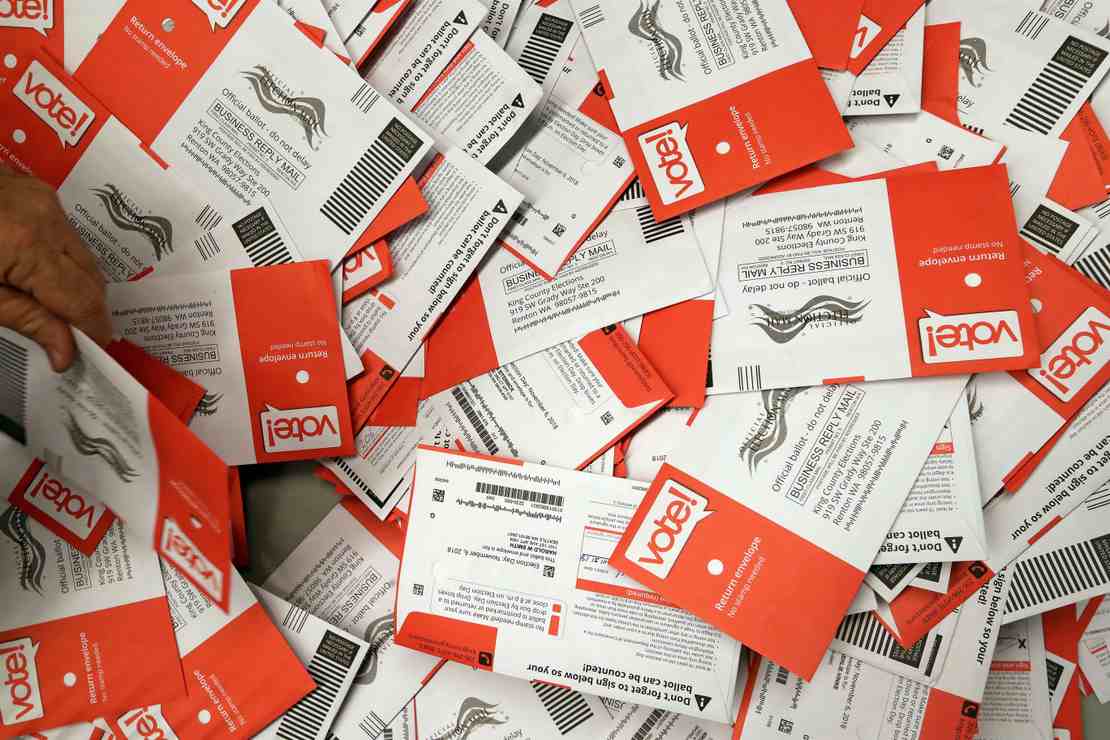 A man described by the New York Post as “a top Democratic operative” and a “Bernie Sanders supporter” told the newspaper he had been submitting thousands of fraudulent mail-in ballots over the last several decades. The anonymous operative was checked out by the Post and is a real person who has worked on many campaigns in the northeast.

It’s not impossible that this “Democratic operative” is simply trolling his political opponents and may be a real operative but is trying to make a point about the gullibility of the opposition. But Hans von Spakovsky, a senior legal fellow at the Heritage Foundation who manages the foundation’s election law reform initiative, says, “There is nothing new about these techniques. Everything he’s talking about is perfectly possible.“

The man requested anonymity out of fear of being prosecuted.

His dirty work has taken him through the weeds of municipal and federal elections in Paterson, Atlantic City, Camden, Newark, Hoboken and Hudson County and his fingerprints can be found in local legislative, mayoral and congressional races across the Garden State. Some of the biggest names and highest office holders in New Jersey have benefited from his tricks, according to campaign records The Post reviewed.

The Rise and Fail of Vote-by-Mail

It starts with getting a blank ballot.

The ballot has no specific security features — like a stamp or a watermark — so the insider said he would just make his own ballots.

“I just put [the ballot] through the copy machine and it comes out the same way,” the insider said.

Election security officials will say that the ballot isn’t enough. There are safeguards on the return envelope that can’t be duplicated.

But the return envelopes are “more secure than the ballot. You could never recreate the envelope,” he said. So they had to be collected from real voters.

He would have his operatives fan out, going house-to-house, convincing voters to let them mail completed ballots on their behalf as a public service. The fraudster and his minions would then take the sealed envelopes home and hold them over boiling water.

“You have to steam it to loosen the glue,” said the insider.

He then would remove the real ballot, place the counterfeit ballot inside the signed certificate, and reseal the envelope.

But go ahead and listen to Democrats who tell you how secure your ballot is.

Apparently, the operative and his crew get an assist from postal workers.

“You have a postman who is a rabid anti-Trump guy and he’s working in Bedminster or some Republican stronghold … He can take those [filled-out] ballots, and knowing 95% are going to a Republican, he can just throw those in the garbage.”

In some cases, mail carriers were members of his “work crew,” and would sift ballots from the mail and hand them over to the operative.

There are very effective ways to cast a fraudulent ballot in person — especially in states where there’s no voter ID. Just show up at a polling place using the name of someone who is still on the registration rolls despite never voting and vote. The information on who doesn’t vote is available online and after a few practice signatures, the fraudster can approximate the signature of the real voter.

Nursing homes and homeless shelters are easy pickings for the fraudsters. “Helping” elderly people fill out their ballots for them and paying homeless people to vote has been part of the Democratic Party’s bag of voter fraud tricks for decades.

The bottom line is that we’re kidding ourselves if we don’t think voter fraud is real and a problem. This isn’t stuffing ballot boxes with fake ballots or changing votes from “R” to “D.” It’s organized and sophisticated and can swing an election if it’s close enough.

People like this Democratic operative must be tickled at the level of denial from so-called “experts” who accuse Trump of “disinformation” for warning about fraud. It doesn’t take many crews like those that work for this operative to swing a close election and undermine the integrity of our democracy.

Joe Biden signs bills authorizing $40 billion in aid to Ukraine and to increase access to baby formula while in Asia
Judge blocks Biden admin from ending Title 42 asylum rules
Democratic Rep. Gwen Moore says she ‘was never sorry’ that she had an abortion
Pro-LGBT group to host conference for kids at a church in Florida, drag show included
Mass shootings just one sign of the systemic collapse of western society… more hunger, violence, debt and destruction yet to come