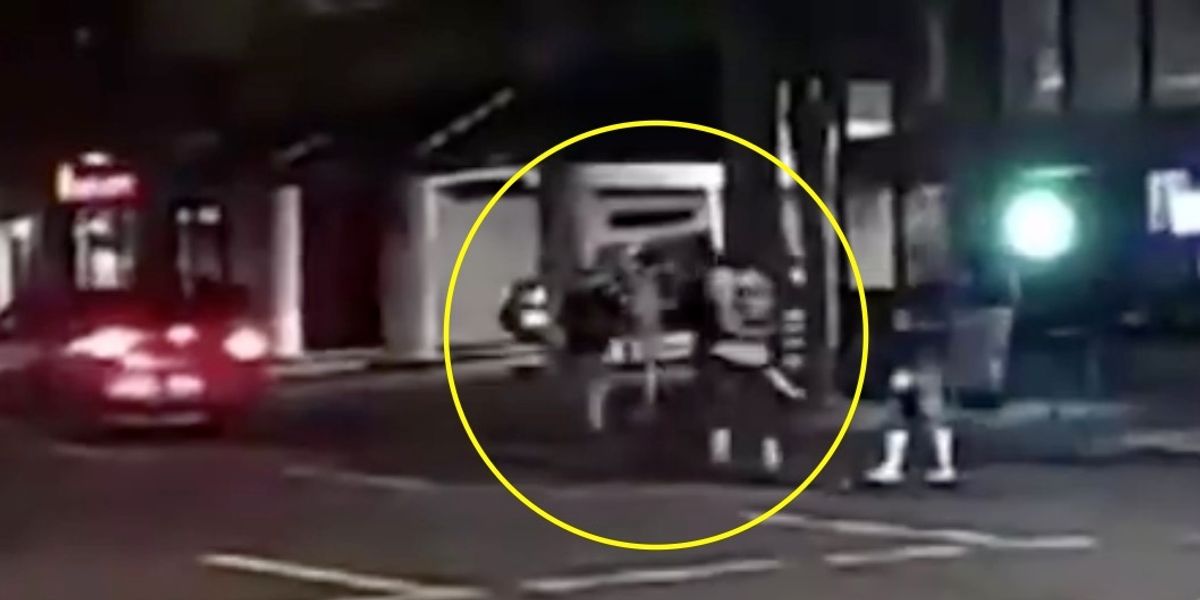 New video from Saturday’s shooting in Portland, which resulted in one death, emerged Sunday, providing a more detailed account of what transpired overnight.

Around midnight EST, gunfire rang out in Portland’s downtown area. Graphic videos and images quickly flooded social media to reveal that one person had been murdered.

As TheBlaze reported, pro-Trump demonstrators had clashed with Antifa rioters earlier in the day. The murdered individual was reportedly associated with “Patriot Prayer,” a Portland-based far-right activist group.

“This violence is completely unacceptable and we are working diligently to find and apprehend the individual or individuals responsible,” Portland Police Chief Chuck Lovell said.

What does video show?

One video in particular, taken within feet of the murder, does not show the shooting itself. But the video is significant because it provides greater context into why the shooting happened.

A second man then says, “Right here?” Another man can be heard saying, “He’s pulling it out,” although it is not clear what the man was referring to.

Then two shots rang out.

The person behind the camera, who was not involved with the crime, then turns a corner and the shooting victim is seen lying motionless on the street. People then surround the victim, attempting to render aid. A squadron of police in riot gear then appear.

New never before seen footage of the shooting of the Trump supporter in Portland, Oregon on August 29. https://t.co/6QQzZOjWJq

A second video actually shows the shooting, but it is significant because it corroborates the audible dialogue that appears to come from the shooter and his accomplices.

The video confirms that one man shouted, “we got a couple right here,” to which another man responds, “right here?” before two shots are fired. The gunpowder blast, caused by discharge of the firearm, is clearly visible in the video.

As TheBlaze reported, the tragic incident was celebrated by protesters in Portland.

“And tonight I just got word, the person who died was a Patriot Prayer person,” one woman said. “He was a f***ing Nazi. Our community held it’s own and took out the trash. I’m not going to shed any tears over a Nazi.”

“That Weapon Killed Kids” – Lee Greenwood Pulls Out of NRA Convention Over Texas Shooting
Nancy Pelosi attacks Catholic bishop who barred her from receiving communion: ‘They try to undo so much’
The Truth About the $40 Billion in US Aid Ostensibly Being spent to arm Ukraine
‘I dare you to run the same poll with your followers’: Elon Musk polls people about whether they trust politicians or billionaires less, then challenges AOC to do the same
What Happened to Genuinely Family-Friendly Entertainment?