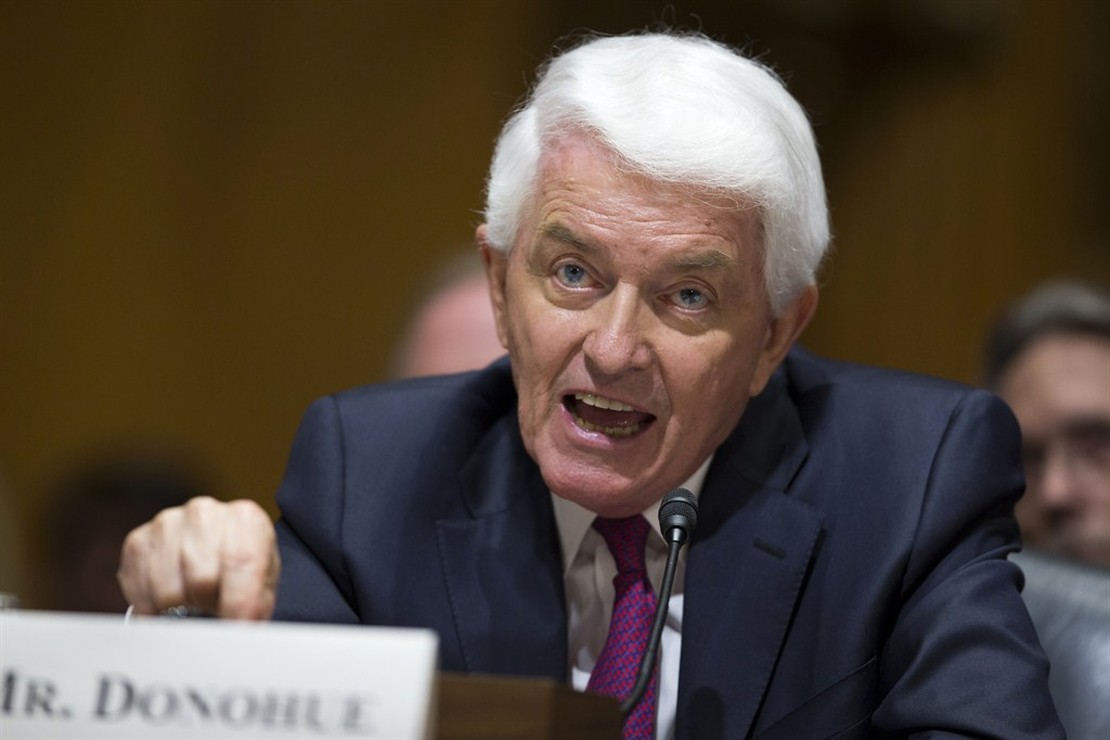 The long-time political strategist of the U.S. Chamber of Commerce has resigned following a lurch to the left by the group’s leadership. Scott Reed told Politico he could “no longer be part of this institution as it moves left.”

The Chamber leadership endorsed about 2 dozen Democratic House candidates, leading to dissension among donors and fear from Republicans on the Hill who worry the organization’s formerly solid backing of conservatives was slipping.

But the Chamber of Commerce says that Reed did not resign, he was fired “for cause.”

“An internal review has revealed that Reed repeatedly breached confidentiality, distorted facts for his own benefit, withheld information from Chamber leadership and leaked internal information to the press,” a Chamber spokesperson said in a statement. “We have the documentation of his actions and it is irrefutable. Our decision is not based on a disagreement over political strategy but rather it is the result of Reed’s actions.”

The Chamber’s endorsements have come with a price. House Minority Leader Rep. Kevin McCarthy said he would no longer accept support from the Chamber and several high profile donors to the group have severed ties.

But it appears that the Chamber leadership, including CEO Tom Donohue, would rather switch than fight. Are they hoping that liberal Democrats eat them last?

But with Senate Democrats challenging for the majority in 2020, the Chamber has adjusted its approach. In a staff meeting last week, Jack Howard, one of the organization’s senior vice presidents and top lobbyists, outlined plans to reach out to Senate Democrats and “normalize our relationships” with the party.

No doubt AOC and Bernie Sanders are smiling now.

Republicans are pretending it doesn’t matter, which is about all they can do at this point.

“Honestly at this point, I think they’re so confused about what they’re about that they probably don’t make much difference,” McConnell said.

“It’s been difficult to watch what was once the gold standard for influence and advocacy slowly decline over the past few years, and now it appears the last vestige of relevance has just walked out the door,” McLaughlin said.

In 2014, the Chamber put tens of millions of dollars behind Republican Senate candidates and helped endangered members like Maine’s Susan Collins. They have invested far less so far this year, reflecting the change in policy at the Chamber.

Most corporations “hedge their bets” and contribute to both parties. But the Chamber has been such a strong Republican organization with many politicians, lobbyists, and party loyalists coming from their ranks that it’s a shock to the system when they abandon a long-standing policy.