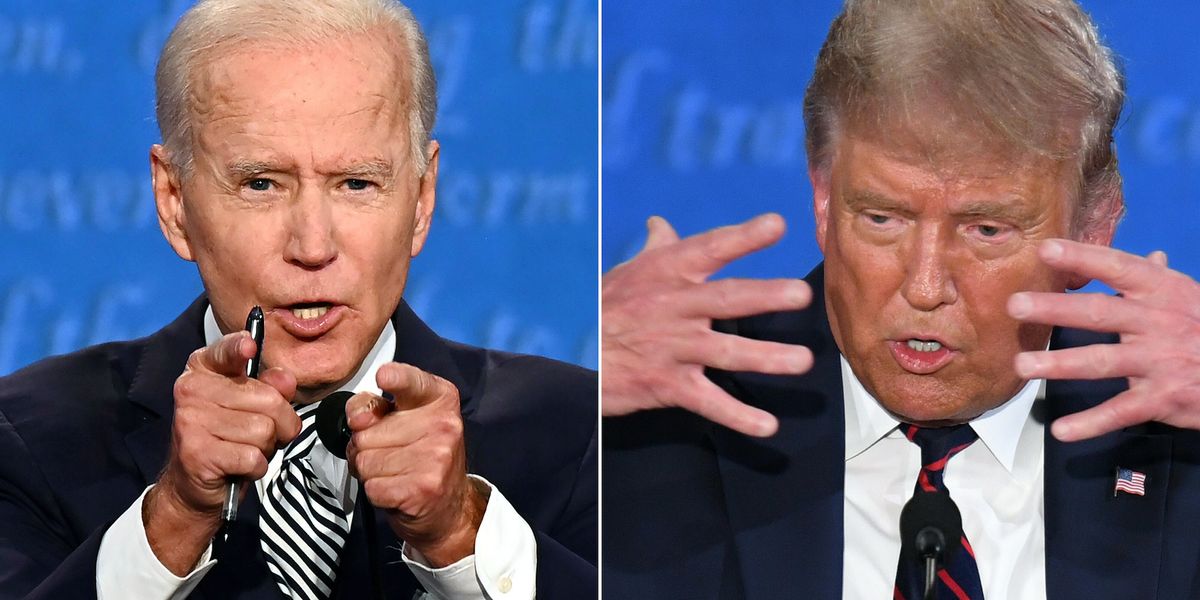 President Donald Trump backed Democratic competitor Joe Biden into a corner about the Green New Deal, and the far left were angered over what he said Tuesday night during the first presidential debate.

“The Green New Deal will pay for itself as we move forward,” Biden said. “We’re not gonna build plants that are, in fact, great polluting…”

“No, I don’t support the Green New Deal,” Biden said.

“I support the Biden plan that I put forward. The Biden plan, which is different than what he calls the radical Green New Deal,” Biden said.

Some on the far left were aggravated by Biden’s comments on the Green New Deal and they took to social media to express their frustration.

“Oh good I was worried that the left wouldn’t get trashed any more in the debate but just in time, let’s all shred the green new deal! Giving young voters and progressives lots of reasons to vote,” liberal host Krystal Ball tweeted.

Oh good I was worried that the left wouldn’t get trashed any more in the debate but just in time, let’s all shred t… https://t.co/V8cJNzDkzv

Green Party presidential candidate Howie Hawkins used the opportunity to strike at Biden from the left.

Biden makes clear that he does not support the Green New Deal. The fossil fuel companies will continue to have a fr… https://t.co/R0jXqWDLmG

“Biden makes clear that he does not support the Green New Deal,” said Hawkins. “The fossil fuel companies will continue to have a friend in the White House.”

Rep. Alexandria Ocasio-Cortez (D-N.Y.) was also angered that the president was using a cost figure for the Green New Deal she disagreed with.

“When Republicans talk about the Green New Deal being $100 trillion dollars, please know they’re doing that Dr. Evil thing where they shout random, escalating numbers to sound ominous,” said Ocasio-Cortez, who offered a link to an alternative view.

Others on social media pointed out that Biden’s vice presidential running mate, Sen. Kamala Harris (D-Calif.), was a co-sponsor on the Green New Deal.

Here’s the video of the exchange about the Green New Deal:

Planned Parenthood Chair Boasts Husband Assaulted Trump Supporter
Nebraska’s Republican governor says he will call a special legislative session to pass a total abortion ban if Roe v. Wade gets overturned
Will Seth MacFarlane Be Cancelled for His ‘Transphobic’ Comedies?
Horowitz: Indiana judge finally recognizes right to bodily freedom … but only to use the other gender’s bathroom
‘Write It Down,’ Ruhle Gives Democrats Campaign, Abortion Advice