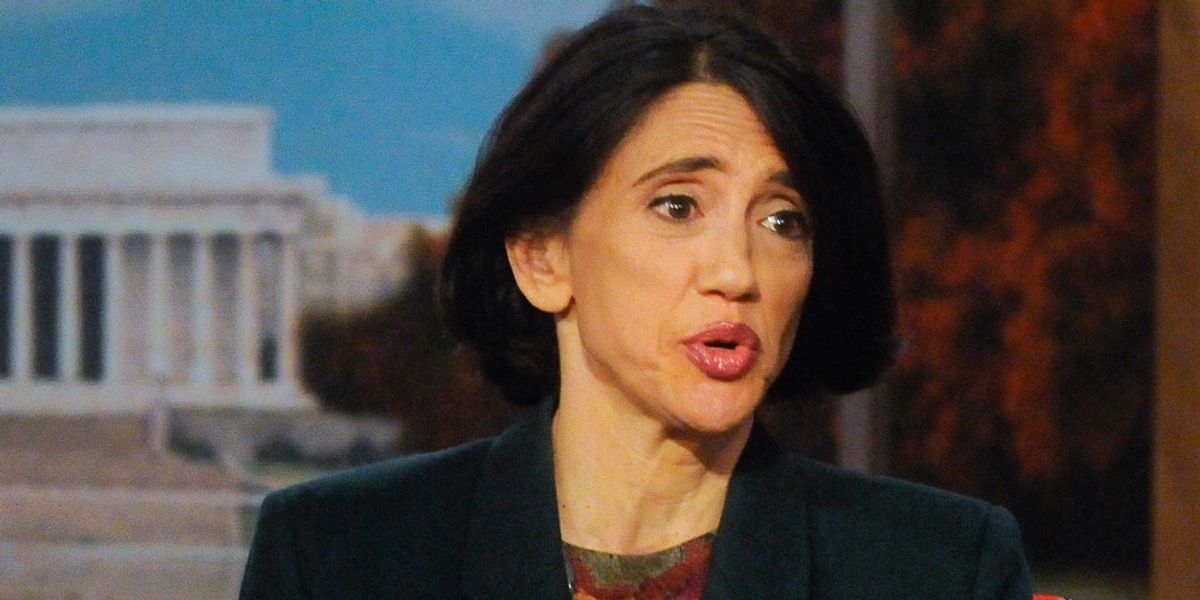 Fox News reported that Rubin went on a Twitter tirade after the president announced he would be heading home after roughly three days at the facility. The president tweeted, “I will be leaving the great Walter Reed Medical Center today at 6:30 P.M. Feeling really good! Don’t be afraid of Covid. Don’t let it dominate your life. We have developed, under the Trump Administration, some really great drugs & knowledge. I feel better than I did 20 years ago!”

Rubin tweeted in response, “If he falls ill and relapses or infects anyone else his doctors will be responsible.”

“Is there no one at Walter Reed with the nerve to speak out publicly to warn others and express they objected to this dangerous course of conduct?” she continued, adding, “After election there’s going to need to be a thorough review and [American Medical Association] will need to consider discipline if appropriate.”

The columnist — who has been widely mocked for years for purporting to be a “conservative blogger” before scrapping it from her bio and calling herself a “Never Trump, pro-democracy opinion writer” — also raged against Vice President Mike Pence and other Republicans before she attacked Walter Reed doctors further.

“Any MD who publicly endorses this insanity needs to lose his/her license. Period,” she wrote, before taunting, “Oh, Walter Reed MD’s, is your malpractice insurance paid up?” She went on to call them “remarkable cowards.”

But Rubin received the most attention from her tweet saying, “Congress might want to defund Walter Reed. It is a public health hazard.”

Congress might want to defund Walter Reed. It is a public health hazard.

The Post writer’s suggestion drew widespread scorn on the social media platform. For example, Fox Nation host Johnny (Joey) Jones, a Marine who lost both his legs while serving the in Afghanistan, replied, “As a man who’s only alive today because of relentless work of the men and women saving lives there, to hell with your blind hate. Shock jock political commentary is for unimaginative agenda driven hacks. You’re not better than that, but we can demand you fix yourself or go away.”

As a man who’s only alive today because of relentless work of the men and women saving lives there, to hell with yo… https://t.co/e2QZNmiauB

Yet, Rubin was not alone in hating on Walter Reed for releasing Trump. New York Times opinion columnist Maureen Dowd tweeted the same day, “When Trump walked through the doors, Walter Reed had a stellar reputation. As he walks out 72 hours later, its reputation is in tatters. There’s nothing Trump can’t ruin.”

When Trump walked through the doors, Walter Reed had a stellar reputation. As he walks out 72 hours later, its repu… https://t.co/QpuqMULtDY