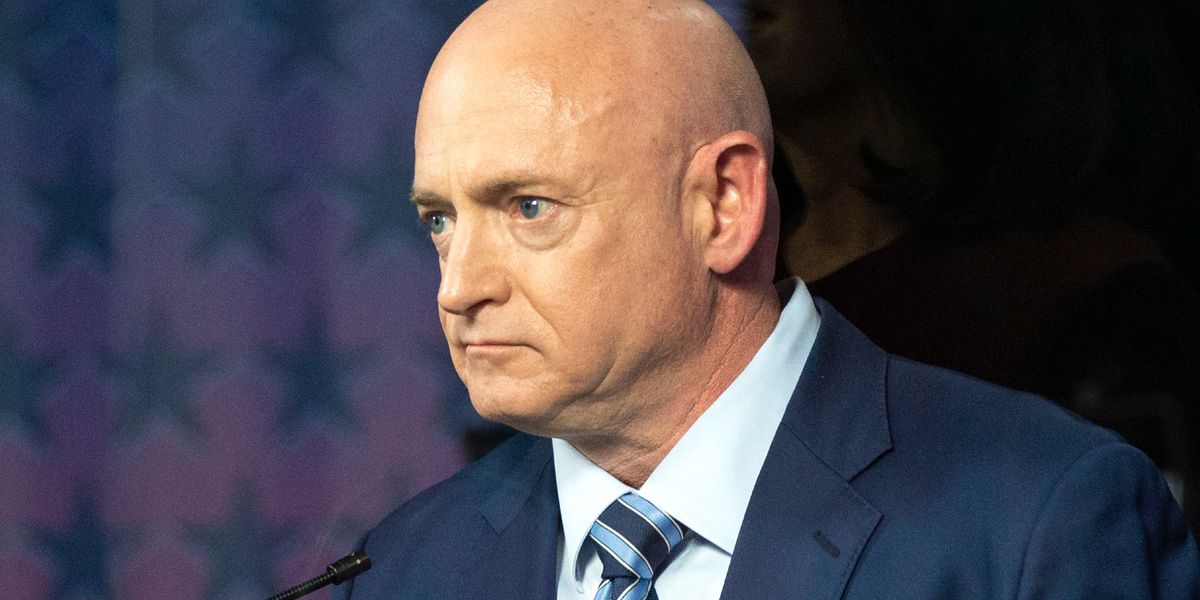 According to the Washington Free Beacon, T.J. L’Heureux, now Kelly’s deputy press secretary, issued the sentiment on Twitter in response to a video of Chicago police officers squaring off against protesters.

L’Heureux shared the video captioning it, “You worthless f***ing pigs.”

Both of Kelly’s parents, the Free Beacon reported, were police officers.

“The post came as the Kelly campaign has sought to portray itself as moderate on policing issues,” the outlet reported.

Following the news of the tweet, a spokesperson for McSally’s campaign said, “This tweet was written just one week before Mark Kelly hired this person to his campaign team. Mark continues to amplify the most hateful, anti-law enforcement ideas and rhetoric that disrespects and endangers our brave men and women in uniform.”

“It sadly isn’t the first time I’ve seen this from Democratic campaign personnel,” he told the outlet. “I hope that [Kelly] fires [the staffer] immediately to show that he doesn’t condone this kind of attitude that police are ‘f***ing worthless.'”

In response to the outcry, a Kelly spokesperson told Fox News, “As the son of two police officers, Mark deeply respects those who serve in uniform to keep our communities safe. Our campaign values the public service, bravery, and sacrifice of police officers across our nation. The tweet posted by a junior staff member is unacceptable and we are taking the appropriate action.”

At the time of this writing, the post on L’Heureux’s page appears to have been deleted.

L’Heureux added, “I deeply regret my comment and apologize for what I wrote — I was wrong. My comment does not reflect who I am or what I believe, and most importantly, it is not representative of what this campaign stands for. The language I used and the sentiment I conveyed do not belong in our political process, which is why I have deleted the tweet.”

Federal Court Rebukes D.C. Mayor’s Double Standard on Church Services and BLM Protests
The Pollster Who Thinks Trump Is Ahead
NYT Again Maligns Babylon Bee: ‘Traffic[s] in Misinformation’ Disguised as Comedy
No, Trump Rallies Are Not ‘Superspreader’ Events
Think twice: 9 Reasons NOT to get a flu shot