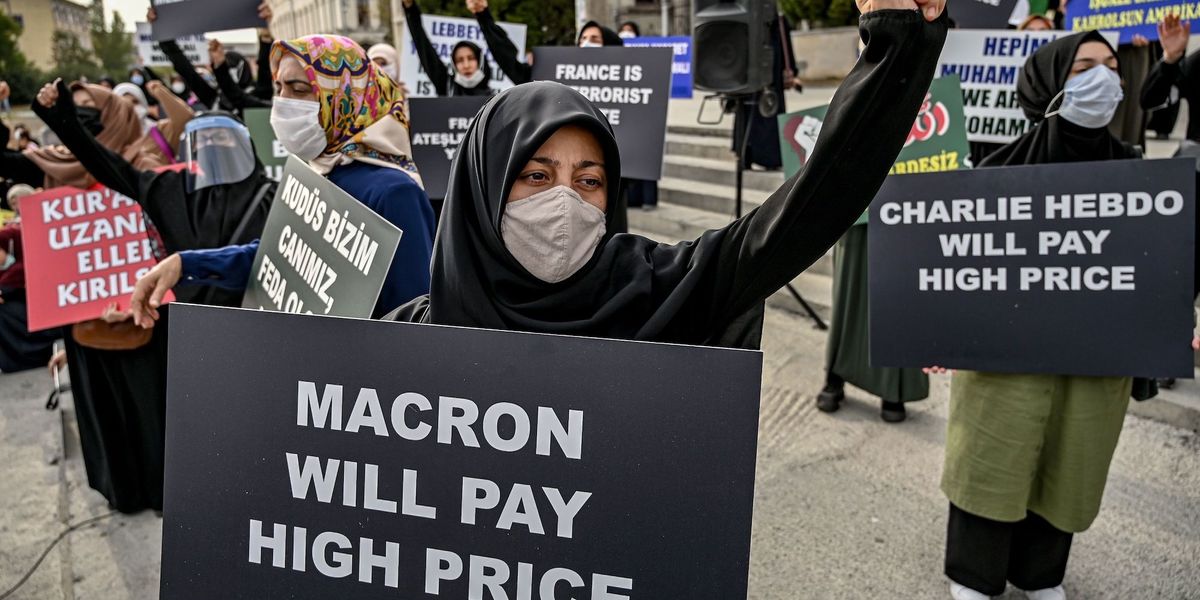 Muslims around the world are calling for a boycott of products made in France after the president said he would affirm free speech rights of his citizens, including that of depictions of the Islamic religious figure Muhammed.

The clash in cultures came after Samuel Paty, a French teacher, was beheaded by a Muslim immigrant after he showed controversial cartoons of the Islamic figure to his students near Paris.

The killing sparked protests by French citizens defending free speech but also a boycott by Muslims who are demanding French President Emmanuel Macron denounce the cartoons.

Some took to social media to show support for the boycott of French products.

He is our bigest enemy. Person, who disrespects the most noble soul of Allah i.e. our beloved prophet… https://t.co/7DasrhaZ8f

One restaurant in Kuwait reportedly invited customers to step on images of Macron to show their disrespect for him and the country of France.

A restaurant in Kuwait ask customer to step up on Macron…boycott French products #Boycott_French_Products… https://t.co/FKRuNsTmhy

Macron declared at a ceremony for the murdered teacher that France would not denounce the controversial cartoons despite the anger expressed by Muslims.

“He was killed because Islamists want our future,” Macron said. “They will never have it.”

Law enforcement officials took 15 people into custody over the murder of the teacher, and they have performed dozens of raids of suspected Islamist extremists in the country, according to the BBC. Investigators said that Paty had told Muslim students that they could leave the classroom if they felt that they would be offended by the cartoons.

On Monday, Secretary-General of the Muslim World League Mohammed al-Issa said that Muslims were not against free speech but against hatred.

“We are not against legitimate freedoms, but we are against employing those freedoms for material gain, undermining their value,” said al-Issa to Al Arabiya.

“We are also against the consequential spread of hatred and racism,” he added.

Al-Issa went on to say that insulting Muhammed should not be tolerated, even as free speech.

News video from Kuwait showed that grocery stores were clearing their shelves of French products in support of the worldwide boycott.

Here’s video of the French boycott in Kuwait: