Dem congressman introducing resolution to expel GOP Rep. Marjorie Taylor Greene from HouseTwo-thirds of nursing homes say they will be forced to close within a year: ReportNets Dismiss Jobs Destroyed By Biden’s ‘Pause’ on New Oil & Gas DrillingBiden’s Climate Orders Will Flip America’s National Security on Its HeadThe Russian crackdown just went to the next levelThe Problem with ‘Systemic Racism’Illegal Immigration and ‘Racial Equity’Coronavirus hospitalizations decrease across the country, cases drop from earlier January peakBiden promised no new taxes for families making under $400k, but his Commerce nominee just said something else entirelyCuomo: ‘Gang of Pirates’ Party ‘Hell-Bent on Taking Us All to Hell’
Patriot Daily Press
Skip to content 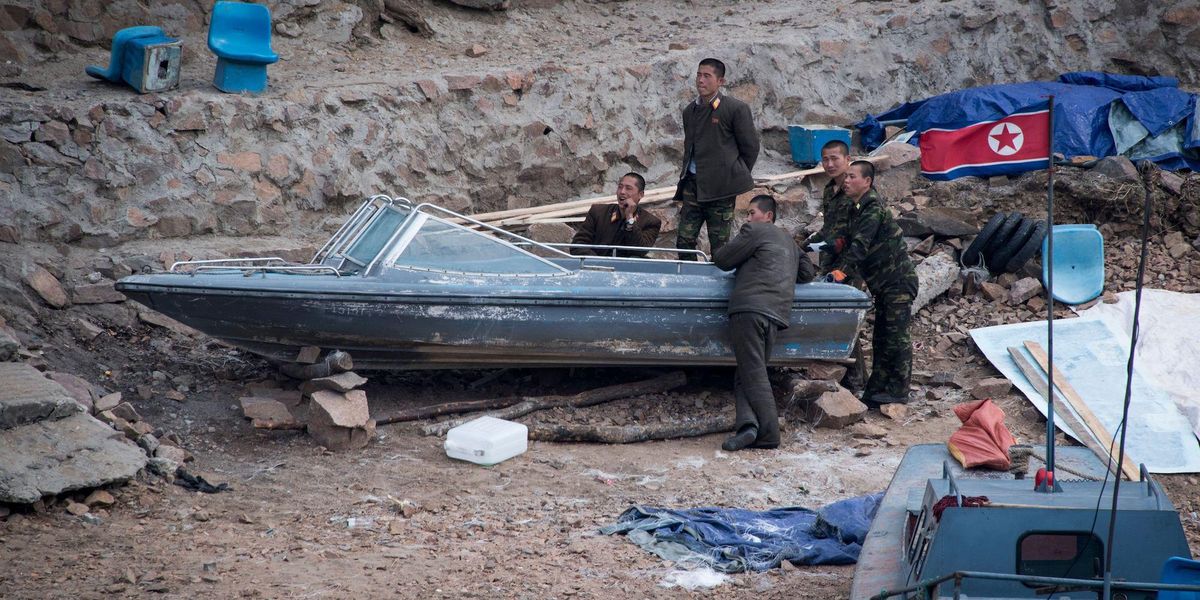 The government of North Korea wants its subjects to understand that it is super serious about stopping the spread of COVID-19 and that the dictatorship’s rules are in place to keep everybody safe.

Pyongyang is so intent on making clear the seriousness of COVID-19 lockdowns that it held a public execution of a citizen who violated the nation’s quarantine orders, Radio Free Asia reported Friday.

The Hermit Kingdom has repeatedly claimed to be coronavirus-free, RFA noted, but it is still instituting strict measures upon its people to prevent the spread of the virus.

Kim Jong Un’s regime has employed lockdowns of entire cities and counties, canceled cultural events, and stopped travel between provinces, the outlet said. The nation declared in April that its “emergency quarantine posture” would go through at least the end of 2020.

But Korean smugglers who transport Chinese goods into the locked-down nation after the Sino-Korean border was completely closed in January over pandemic concerns have continued to frustrate the Norks. So the Kim government “ratcheted up” its COVID edicts with “ultra-high-level emergency” measures, a source told RFA.

In order to make sure people understood the government meant business, the source told RFA that a citizen smuggler in his 50s was executed via firing squad on Nov. 28 for violating the lockdown and attempting to “smuggle with Chinese business partners.”

“They held a public execution by firing squad to threaten residents here in the border area, because there’s been a lot of contact with people on the other side of the border, including a lot of smuggling,” the source said.

The source added that the “public execution happened because the victim was charged with violating quarantine right before the ultra-high-level emergency measures took effect around November 20th.”

According to the source, the government moved the execution in order to avoid international outcry.

“They were supposed to shoot the guy in Sinuiju,” the source said, “but they decided to do it in Ryongchon county, because he’s from that area. If they did it in Sinuiju, news would quickly spread across the border to China.”

Rumors are also spreading that, as part of its “reign of terror,” the government executed a currency exchange broker in the capital city who broke quarantine rules, RFA said.

The Kim regime is so worried about the virus spreading that they’ve told soldiers monitoring the border to shoot anyone who comes within half a mile of the border, no matter their reason for being there.

And then they deployed landmines along the border area to “increase deterrence,” RFA said.

RFA’s North Pyongan source said that at the end of November, the government’s Central Committee instructed agencies and state-owned businesses to crack down on anyone violating lockdown rules by surveilling the public using police, factories, and “neighborhood watch units.”

A North Pyongan official reportedly told RFA this week that North Korea’s citizens are “more afraid than ever due to the ever-increasing measures to control their movement.”

“While guarding the border seamlessly from the ground, in the air, and at sea, authorities ordered soldiers to shoot anyone approaching the border unconditionally, regardless of who the person is or their reason for being in the area. It is an absolute threat to the border area residents,” the official said.

This is typical behavior from Pyongyang, the official told RFA: “Whenever the people complain because their livelihoods are affected, the authorities always try to shut them up by threatening them with public executions or by sending them to political prison camps.”

Rampant Speculation Over How Biden Will Replace the Mysterious Red Button Suddenly Missing From Oval Office
Jen Psaki justifies Biden violating his own mask mandate by saying the president was ‘celebrating’
Suppose They Created a Nuclear Treaty and No Nuclear Powers Signed It?
Joe Biden to squash President Trump’s attempt to roll back coronavirus travel restrictions
Out Magazine: LGBTQ Community Goes OFF on Miley Cyrus for Being a “TERF”