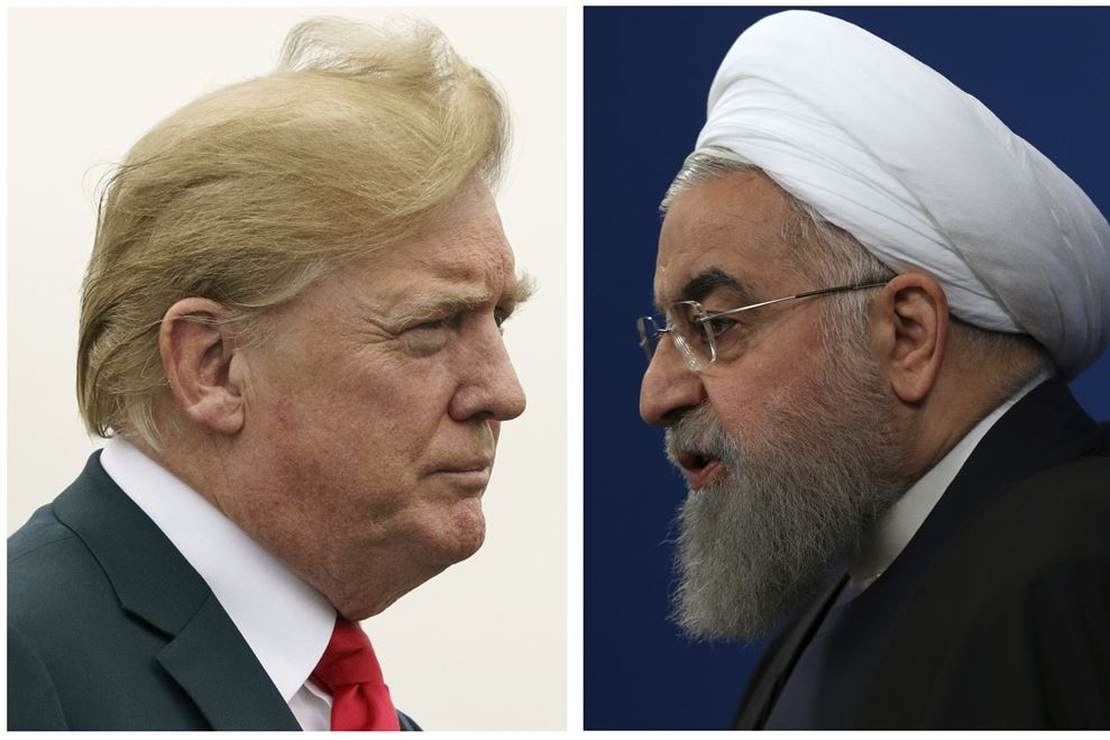 U.S. troops suspect that Iran may attempt to take revenge on President Donald Trump for the death of Quds Force General Qassem Soleimani on the anniversary of the airstrike that killed Soleimani. This week, Iranian President Hassan Rouhani sent a cryptic warning to Trump, gloating about Trump’s loss in the 2020 election and warning that the American president’s life “will end” in “a few days.”

In a speech during a cabinet meeting on Wednesday, Rouhani warned, “As I said after the martyrdom of Martyr Soleimani, I emphasise again that if you cut off Martyr Soleimani’s hand, we will cut off your leg from the region and we will continue the resistance until that day.”

“One of the effects of this stupid and disgraceful act was that Trumpism ended and in a few days, the life of this criminal will end and he will go to the dustbin of history, and we are very happy about this and we believe that the period after Trump will be a better condition for regional and global stability,” the Iranian president added, according to an Iranian government official English translation of the remarks.

While it is possible Rouhani meant that Trump’s political life will end, the official Iranian translation suggests the president was referring to Trump’s physical life.

Rouhani’s remarks came just as Iranian officials had pre-emptively blamed Trump for a confrontation that had yet to occur. Iranian Foreign Minister Mohammad Javad Zarif accused President Donald Trump of attempting to fabricate a pretext to attack Iran before incoming President Joe Biden replaces him. Such an accusation seems rather suspicious.

“Instead of fighting Covid in US, [Trump] & cohorts waste billions to fly B52s & send armadas to OUR region. Intelligence from Iraq indicate plot to FABRICATE pretext for war,” Zarif claimed on Twitter Thursday.

The U.S. military did indeed fly two nuclear-capable B-52 bombers to the Middle East in a message of deterrence to Iran on Wednesday, but the bombers have since left the region, the Associated Press reported. The Pentagon announced on Thursday that the Nimitz aircraft carrier, which had been stationed off the coast of Somalia, would be heading toward its homeport on the U.S. West Coast.

A U.S. official told the AP that U.S. troops in Iraq are worried about what Iranian-backed militias might do in the lead-up to the anniversary of Soleimani’s assassination on January 3, 2020. Iran is planning events to mark the anniversary.

While Trump did blame Iran for rockets fired at the U.S. Embassy in Baghdad on the Sunday before Christmas, warning that the U.S. would strike back if Iran or its proxies killed any American troops, the removal of the B-52 bombers and the aircraft carrier suggests the U.S. does not have a plan to strike Iran, unless the Islamic Republic provides provocation.

Iran-backed militias besieged the U.S. Embassy in Baghdad late last year, sparking a series of events that culminated in the Soleimani assassination. Soleimani led Iran’s terrorism efforts in the Middle East and has been responsible for the deaths of hundreds of American soldiers. His death arguably cleared the way for Trump’s historic deals between Israel and Arab states like the United Arab Emirates.

After the strike, Supreme Leader Ayatollah Khamenei vowed “severe revenge,” but the regime’s efforts have failed. Iran fired missiles at U.S. assets, but the country also shot down a Ukrainian plane, killing its 176 passengers (82 Iranians, 63 Canadians, 11 Ukrainians, 10 Swedes, 7 Afghans, and 3 British citizens), sparking protests in the streets of Tehran. Iran petitioned INTERPOL to demand an arrest warrant for Trump over Soleimani’s death, but INTERPOL refused. An Iranian issued an $80 million bounty on Trump’s head, to no avail as yet.

U.S. intelligence reports have suggested that Iran is planning to assassinate U.S. Ambassador to South Africa Lana Marks, and in September, a former general of Iran’s Revolutionary Guard Corps warned that the IRGC planned to assassinate Trump.

While Iran’s efforts have failed so far, the Islamic Republic may grow increasingly dangerous in its desperation. Before Soleimani’s death and the subsequent protests, Iran faced protests last November after the country reduced fuel subsidies by 50 percent and instituted rationing, in part due to pressure from the Trump administration after America withdrew from the Iran deal.

Unfortunately, it seems Biden plans to return to Obama-style appeasement with Iran, risking Trump’s incredible progress in the Middle East.

If Iran wants to strike the U.S. in retaliation for Trump ordering Soleimani’s death, it had better strike soon — and pre-emptively blaming Trump seems like an attempt to lay down diplomatic cover for an attack. Rouhani’s cryptic warning only makes Zarif’s statements seem even more suspicious.

$569B in reparations owed to black California residents, says Newsom’s task force
French study looks at potential for fully covid jabbed to “shed” byproducts onto others
JetBlue hires violent felon to fly planes while discriminating against unvaccinated pilots
‘I have had about enough of that bull crap!’ — Mark Levin EXPLODES on racism and anti-Semitism within the Democratic Party
‘Look, I’ve had a bad month’: Democrat megadonor Sam Bankman-Fried says he didn’t ‘try to commit fraud’ and isn’t losing too much sleep over FTX collapse