Trump Signs Executive Order Expanding Prosecutors’ Access to Concealed Carry PermitsNY Times says we need a return to Trump’s booming economy but CNN admits Biden has no ‘magic wand’MyPillow CEO Mike Lindell issues defiant statement after Dominion threatens to sue him over election fraud claimsThief steals woman’s car but drives back to scold her and threaten to call police after finding her 4-year-old son in back seatThe CW’s ‘All American’ Continues Race-Baiting on MLK, Jr. DayJoe Biden’s Givebacks to Unions and the Bernie Sanders Coalition Will Force Regular Americans to PayConfirmed: President Trump Will NOT Welcome China Joe to the White House on WednesdayD.C. Attorney General: Prosecutors Could Charge Trump with Misdemeanor over Capitol RiotsSteve Cohen’s Bad MorningHawley Book Picked Up By Regnery Publishing after Being Dropped by Simon & Schuster
Patriot Daily Press
Skip to content 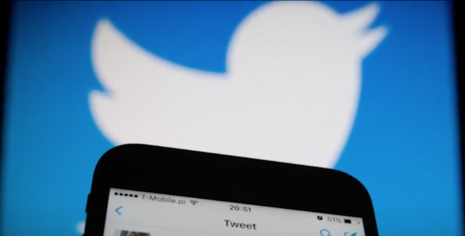 Twitter has been one of Big Tech’s most infamous innovators when it comes to censoring genuine concerns about elections. “The public conversation occurring on Twitter is never more important than during elections and other civic events,” Twitter declared in a January policy update. Twitter claimed: “Any attempts to undermine the integrity of our service is antithetical to our fundamental rights and undermines the core tenets of freedom of expression,” suggesting absurdly that freedom of expression is “the value upon which our company is based.”

“We will label or remove false or misleading information intended to undermine public confidence in an election or other civic process,” Twitter declared in the update. The update specified that dangerous misleading info includes “disputed claims that could undermine faith in the process itself, such as unverified information about election rigging, ballot tampering, vote tallying, or certification of election results.” The policy also included a warning against:

Twitter began a censorship apocalypse in recent days after it purged Trump. Purging a sitting president’s online presence appears inconsistent from a site that has allowed foreign dictators and even pro-genocide propaganda.

“After close review of recent Tweets from the @realDonaldTrump account and the context around them we have permanently suspended the account due to the risk of further incitement of violence,” Twitter announced on Jan. 8. Twitter Safety explained that “we made it clear on Wednesday that additional violations of the Twitter Rules would potentially result in this very course of action.”

“The suspension amounts to a ban: Trump can no longer access his account and his tweets and profile picture have been deleted. Trump had 88.7 million followers prior to his suspension,” CNBC reported.

Conservatives are under attack. Contact Twitter: (415) 222-9670 or mail to 1355 Market Street Suite 900 and demand that Big Tech be held to account to mirror the First Amendment while providing transparency, clarity on “hate speech” and equal footing for conservatives. If you have been censored, contact us at the Media Research Center contact form, and help us hold Big Tech accountable.