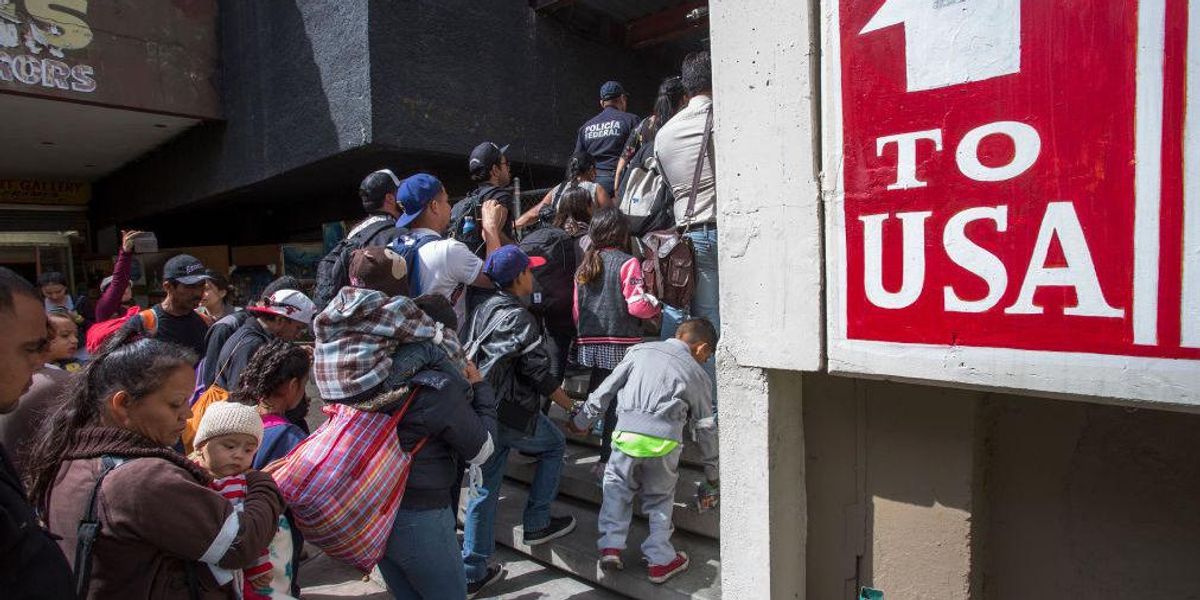 The plan will reportedly include a controversial proposal that would provide immigrants who are illegally residing in the United States with a pathway to citizenship.

Not only does the Biden proposal provide a pathway to citizenship for an estimated 11 million illegal immigrants residing in the U.S., but, according to the Times, Biden will seek a shorter pathway to citizenship for so-called “Dreamers,” immigrants who were illegally brought to the U.S. as minors by their parents and have been protected by the Obama-era Deferred Action for Childhood Arrivals program.

More from the LA Times:

Biden’s proposal lays out what would be the most sweeping and comprehensive immigration package since President Reagan’s Immigration Reform and Control Act of 1986, which granted legal status to 3 million people who were in the country without documentation.

Under Biden’s plan, immigrants would become eligible for legal permanent residence after five years and for U.S. citizenship after an additional three years — a faster path to citizenship than in previous immigration bills.

Immigrant advocates are reportedly “stunned by the boldness of Biden’s plan,” according to Politico.

Incoming-White House chief of staff Ron Klain revealed in a memo on Saturday the aggressive actions that Biden plans to take in the intiial days of his presidency.

According to the memo, Biden will sign executive orders that overturn President Donald Trump’s controversial so-called “travel ban,” return the U.S. to the Paris agreement on climate change, require face masks on federal property, direct the Department of Education to continue its coronavirus-related suspension of student loan payments, and extend the moratorium on evictions and foreclosures.

“President-elect Biden is assuming the presidency in a moment of profound crisis for our nation. We face four overlapping and compounding crisis: the COVID-19 crisis, the resulting economic crisis, the climate crisis, and a racial equality crisis,” Klain said. “All of these crises demand urgent action. In his first ten days, President-elect Biden will take decisive action to address these four crises, prevent other urgent and irreversible harms, and restore America’s place in the world.”

Here’s the Biden memo first reported out by @shearm and @peterbakernyt.

“In his first ten days in office, Preside… https://t.co/bk3pEsdJWc