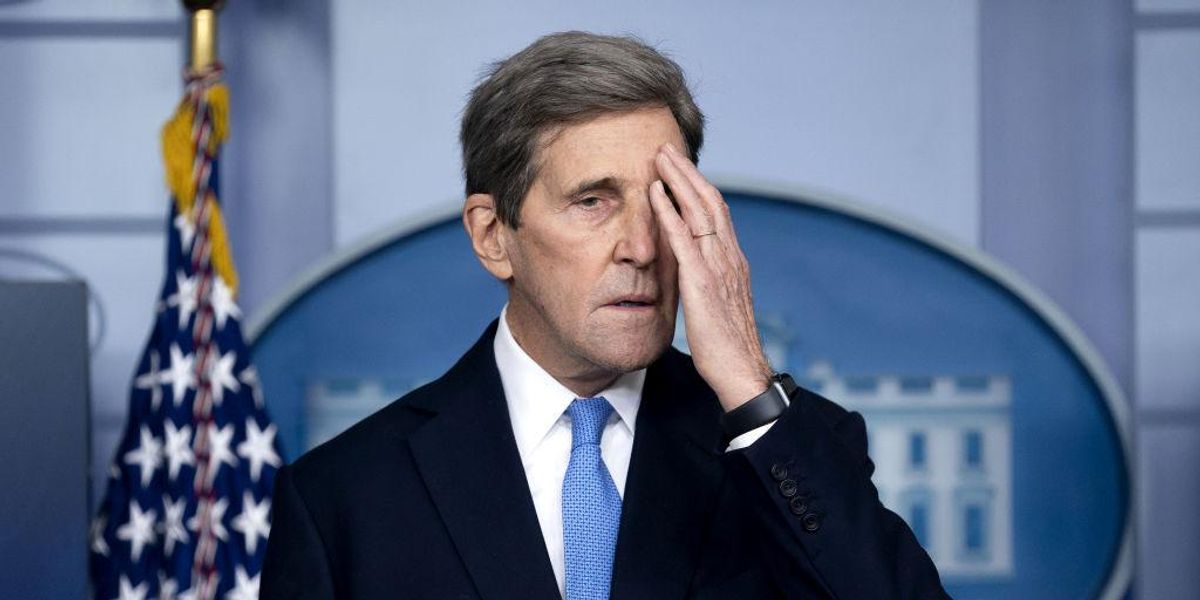 Former Secretary of State John Kerry, who now serves as a President Biden’s special envoy on climate, may have some answering to do following revelations that his family still owns a gas-guzzling private jet.

While Kerry preaches climate consciousness and combatting fossil fuels for the new administration, he apparently doesn’t speak so forcefully to his family and may even be benefiting from the acquisition himself.

FFA records show the jet’s registration certificate was issued in July 2005 and is not set to expire until the end of October 2023.

Private jets are estimated to emit approximately 40 times as much carbon per passenger as commercial flights.

Fox News notes while it is not fully known how much Kerry has benefited from his wife’s business, as of late 2013, the then-secretary of state’s executive branch personnel financial disclosure showed he owned “over $1,000,001” in assets for “Flying Squirrel LLC” through his wife.

The New York Post reported that in 2004, during his run for president, Kerry’s campaign made 60 payments totaling $273,171 to his wife’s company.

The White House has reportedly not responded to Fox News’ request for comment on the matter.

It’s not the only controversy that Kerry has run into of late. The climate czar also put his foot in his mouth while addressing concerns over the Biden administration’s potentially job-killing environmental agenda during a press conference on Wednesday.

“What President Biden wants to do is make sure those folks have better choices, that they have alternatives,” Kerry said, adding, “They could be the people who go to work to make the solar panels.”

Kerry has previously come under fire for hypocritically enjoying a luxurious lifestyle, including ownership of a 76-foot yacht, while speaking out against human-driven climate change.