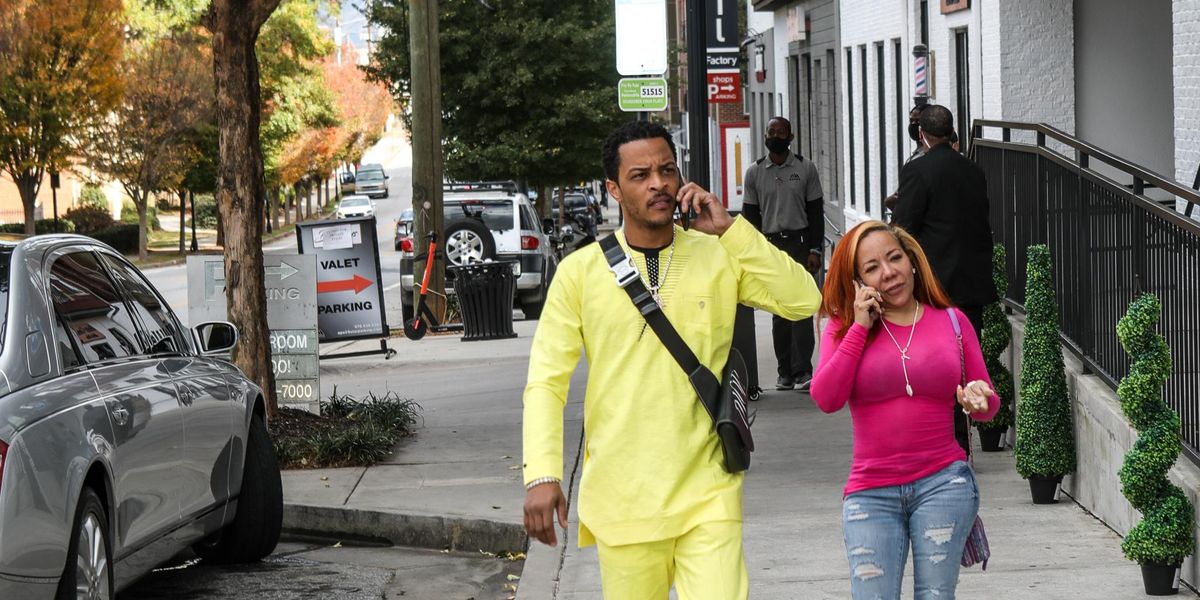 Cottle has spoken out in defense of her husband against the allegations.

No criminal charges have been filed at the time of this reporting.

According to a Thursday report from
Hot97, the allegations began emerging on Tuesday, when Sabrina Peterson — an apparent former family friend — said that Harris once pulled out a gun and put it to her head.

On Tuesday, Peterson took to Instagram and made the claims.

“The sad part about being a woman & BEING A BLACK WOMAN IS THIS! The public PRAISES OUR PREDATORS! @troubleman31 you PUT A GUN TO MY HEAD IN FRONT OF CHILDREN & I NEVER CALLED THE POLICE ON YOU! But for years you have painted me as the VILLAIN! AS BLACK WOMEN!” Peterson wrote.

She continued, “It’s hard to heal from RAPE, VIOLENCE OR ANYTHING BECAUSE YOU ARE PAINTED AS THE PROBLEM OR REASON THIS HAS HAPPENED TO YOU! LETS NORMALIZE THE ALLOWING BLACK WOMEN TO HEAL! It’s so hard being the VICTIM OF RAPE & BEING PAINTED AS THE REASON IT HAPPENED!”

Elsewhere in the comments section of her now-viral post, Peterson said that Harris put a gun to her head because she was reportedly engaging in a physical altercation with his assistant.

Complex on Wednesday reported that Cottle — also known by her nickname, “Tiny” — “ventured into the comment section of The Shade Room” where she claimed that Peterson was guilty of harassment.

“Hold up,” she wrote. “So you want your abuser to train your sons? He was just uncle 2 years ago. Now when did you say my husband assaulted you? Did you change your mind or change it back? What wit you today Pooh? I’m confused. Stop Harassing My Family. You strange. Everybody know you been special (face slicing seminar lady). Please get help but LEAVE US ALONE.”

Despite Cottle’s rebuttal, the allegations kept on coming.

On Friday, the International Business Times reported that at least 15 people have come forward and have accused Harris of varying degrees of abuse.

A variety of messages, compiled by Rap-Up, feature the women’s allegations.

One anonymous woman said that she was victimized in a 2016 incident. According to the report, “She claims she went to T.I. and Tiny’s hotel suite at the Ritz-Carlton, where her phone was confiscated and molly and cocaine was being distributed.”

The woman wrote, “I watched him drag girls back and forth from the bedroom, to the bathroom, to the living room. One girl was crying because she wanted to leave but they refused to give her her phone to call an Uber.”

“Calling him an ‘absolute monster who uses money and power to manipulate people’ and Tiny his ‘secret weapon,’ she claimed the rapper allegedly told his security to come ‘pick this bitch up off the bed’ because she could not walk. The alleged victim was ‘almost unconscious’ and her pulse was ‘barely there,’ the woman added,” according to the outlet.

Another woman said that she was working as a personal escort in 2013 when the couple invited her to take drugs and engage in sexual relations with the rapper and his wife in return for payment.

“She claimed Tiny got upset that T.I. was showing her more attention and hit her before the rapper ‘choked’ her out,” the report alleged.

The woman added, “I was threatened to the point where I was in fear[.] I left Atlanta and never looked back.”

The outlet also cites the testimony of another female, who said that the rapper reportedly pressured her and her friend for sex in 2005 when she was under the age of 18.

The report notes that Harris pressured the duo despite “knowing they were minors.”

Peterson has begun compiling all of the allegations against the rapper and his wife, all of which you can view here.

Requests for comment from Harris’ representatives went unanswered in time for publication.

What did the couple say?

On Friday afternoon, Variety reported that the couple “emphatically” denied the allegations in a statement.

“Mr. and Mrs. Harris want to be on record and more importantly want the public to know they emphatically deny in the strongest way possible the egregiously appalling allegations being made against them by Sabrina Peterson. The Harrises have had difficulty with this woman for well over a decade. They are taking this matter very seriously,” the statement said.