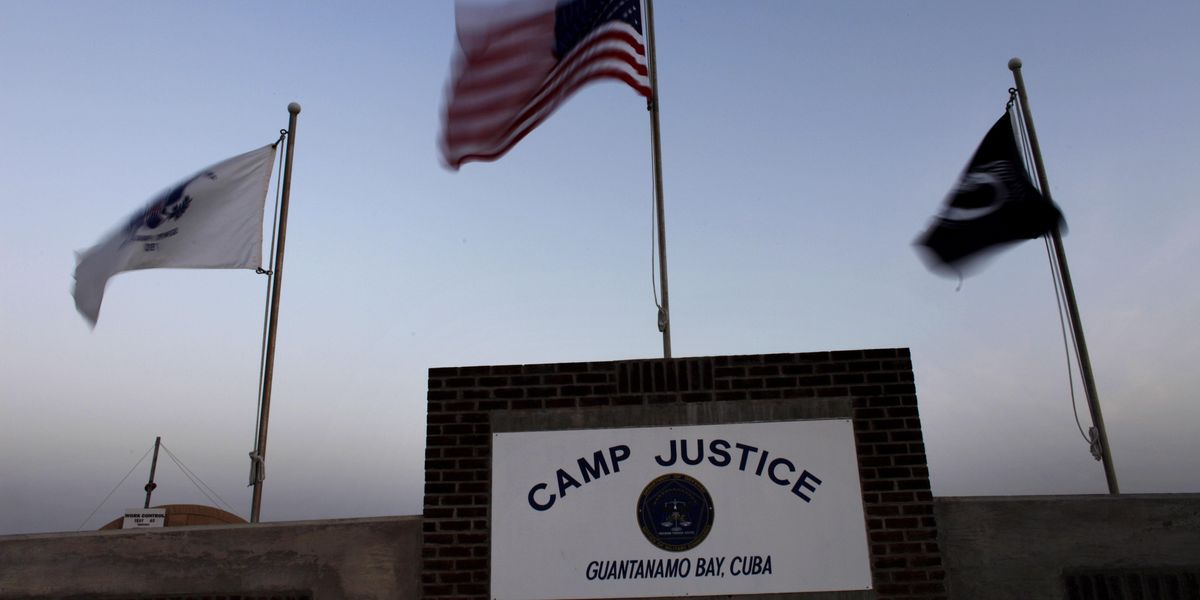 A jaw-dropping report revealed the shocking amount of American taxpayer money that has been spent on imprisoning Khalid Sheikh Mohammed, the mastermind of the 9/11 terror attacks, and the Al Qaeda terrorist who claimed responsibility for the 1993 World Trade Center bombing.

Less than a month after the Sept. 11 terror attacks, Khalid Sheikh Mohammed was put on the FBI’s “most wanted terrorists” list, and he had a $25 million reward for information leading to his capture. On March 1, 2003, Mohammed was captured in Rawalpindi, near the Pakistani capital of Islamabad. U.S. intelligence was tipped off by an informant, who messaged American authorities, “I am with KSM,” the New York Times reported.

On Sept. 6, 2006, then-President George W. Bush announced that “Khalid Sheikh Mohammed, Abu Zubaydah, Ramzi bin al-Shibh, and 11 other terrorists in CIA custody have been transferred to the United States Naval Base at Guantanamo Bay.” Previously, the terror suspects were allegedly kept at “black site” CIA detention facilities in Eastern Europe, as reported by ABC News.

The New York Times reported, “Of the roughly 780 people who have been detained at the United States military prison at Guantanamo Bay, Cuba, 731 have been transferred and 40 remain. In addition, nine detainees died while in custody.”

There have been mind-boggling costs to house Khalid Sheikh Mohammed, the alleged mastermind of the terrorist onslaught in 2001 that killed nearly 3,000 by weaponizing hijacked commercial airliners to bring down the Twin Towers, attack the Pentagon, and crash a plane into a field near Shanksville, Pennsylvania.

“The U.S. government has spent an estimated $161.5 million housing the suspected mastermind of the 9/11 terror attacks – Khalid Sheikh Mohammed,” Fox News reported on Sunday. “It’s not exactly clear how much the federal government spends housing its Gitmo prisoners, but it’s somewhere between $9.5 and $13 million per prisoner, per year.”

Then there is Guantánamo Bay, where the expense now works out to about $13 million for each of the 40 prisoners being held there.

According to a tally by The New York Times, the total cost last year of holding the prisoners — including the men accused of plotting the Sept. 11, 2001, attacks — paying for the troops who guard them, running the war court and doing related construction, exceeded $540 million.

The $13 million per prisoner cost almost certainly makes Guantánamo the world’s most expensive detention program. And nearly 18 years after the George W. Bush administration took a crude compound called Camp X-Ray and hastily established it as a holding station for enemy fighters picked up in the war on terrorism, it has taken on a sprawling and permanent feel, with the expense most likely to continue far into the future.

After the report was published, then-President Donald Trump was asked about the exorbitant Guantanamo costs.

Trump then criticized former President Barack Obama for not shutting down the infamous prison in Cuba after he promised to do so during his 2008 run for the White House.

“He was going to have everybody removed and Guantanamo Bay closed up by the time he left office and he didn’t do that. He didn’t do that either,” Trump told reporters. “So we’re stuck with it.”

NPR reported in 2019 that American taxpayers were annually paying at least $9.5 million per detainee in Guantanamo Bay.

“The U.S. military court and prison at Guantanamo Bay, Cuba, have cost more than $6 billion to operate since opening nearly 18 years ago and still churn through more than $380 million a year despite housing only 40 prisoners today,” NPR reported.

“That does not include the $60 million annual expense of operating Guantanamo’s naval base or the salaries of military personnel, including the 1,800 guards overseeing the detention center’s prisoners,” according to the whistleblower report.

The report alleged that hearings held at Guantanamo’s military court in 2014 “cost taxpayers the equivalent of $700,000 an hour.”

A Defense Department report in 2013 estimated the annual operating costs of Guantanamo Bay’s prison and court system to be $454.1 million. “At the time, there were 166 prisoners at Guantanamo, making the per-prisoner cost $2.7 million,” according to the New York Times.

Khalid Sheikh Mohammed made headlines this week when it was reported that 40 Guantanamo Bay detainees, including KSM, would be getting vaccinated.

“COVID-19 vaccinations will be offered to all detainees and prisoners. It will be administered on a voluntary basis and in accordance with the Department’s priority distribution plan,” a spokesperson for the Department of Defense told CBS News.

There was immediate outrage that suspects said to be involved in the 9/11 attacks would get the COVID-19 vaccination before millions of Americans.

House Minority Leader Kevin McCarthy (R-Calif.) tweeted, “President Biden told us he would have a plan to defeat the virus on day 1. He just never told us that it would be to give the vaccine to terrorists before most Americans.”

Sen. Ted Cruz (R-Texas) wrote on Twitter. “How the hell does this make sense??”

Rep. Elise Stefanik (R-N.Y.) said, “It is inexcusable and un-American that President Biden is choosing to prioritize vaccinations for convicted terrorists in Gitmo over vulnerable American seniors or veterans,”

Following the uproar by Republican lawmakers, the Pentagon “paused” its decision to vaccinate the prisoners.

“No Guantanamo detainees have been vaccinated. We’re pausing the plan to move forward, as we review force protection protocols. We remain committed to our obligations to keep our troops safe,” Pentagon press secretary John Kirby stated on Saturday.