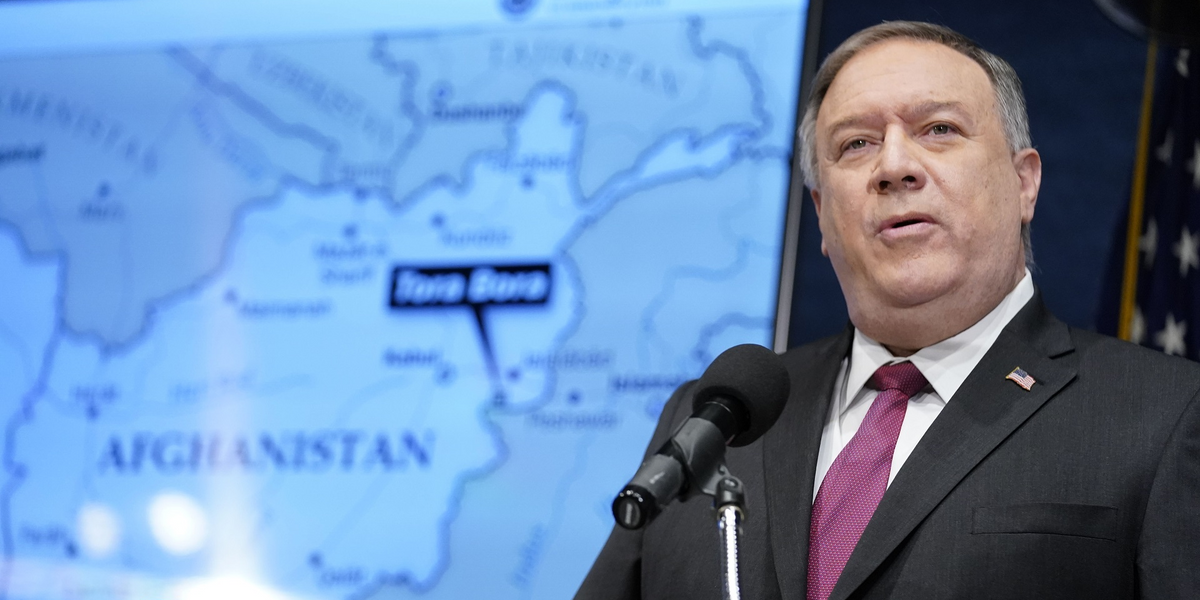 President Joe Biden declared Thursday in a speech outlining his foreign policy priorities that “America is back.”

But former Secretary of State Mike Pompeo took issue with the president’s remarks, asking, “back to when ISIS controlled a caliphate?”

Biden made the statement during an address at the State Department, where he pledged, “We will repair our alliances and engage with the world once again, not to meet yesterday’s challenges, but today’s and tomorrow’s.”

“America is back. Diplomacy is back,” the president said, adding that after the Jan. 6 attack on the Capitol that the U.S. would rebound “stronger, more determined and better-equipped to unite the world in fighting to defend democracy because we have fought it for ourselves,” The Washington Post reported.

Pompeo, who served under President Donald Trump, told Fox News‘ Trey Gowdy in an interview later that Americans have already seen Biden’s record on foreign policy when he was vice president for President Barack Obama, and that it could be cause for concern.

“Does he mean back to when ISIS controlled a caliphate in Syria that was the size of Britain?” Pompeo said in response to Gowdy asking for his reaction. “I hope not. President Trump and our team took that down.”

The former secretary of state went on to ask:

When he says “back,” when America is back, does he mean back to letting China walk all over us, destroying millions of jobs in places like Kansas and South Carolina, that we know so well? I hope that’s not what he means by back. He talked about allies, when he said go back, does he mean back to dissing allies and friends like Israel and treating the terrorists in Iran like friends by giving them $150 billion in pallets of cash? I don’t think the American people can afford to go back to eight more years of Barack Obama’s foreign policy. I hope they’ll move forward with a foreign policy look much more like our America first foreign policy.

The Post noted that Biden “sketched his traditional foreign policy views with a broad brush,” but a key takeaway from his speech was his pledge to end America’s support of the offensive in Yemen led by Saudi Arabia.

Biden declared that “the war has to end,” saying it ” has created a humanitarian and strategic catastrophe.”

The announcement on Yemen fulfills a campaign pledge. But it also shows Biden putting the spotlight on a major humanitarian crisis that the United States has helped aggravate. The reversing of policy also comes as a rebuke to Saudi Arabia, a global oil giant and U.S. strategic partner.

Florida police chief warns would-be crooks after homeowner shoots intruder: ‘We live in Polk County, and most people are armed’
We Are Not ‘At the Brink of World War III’ — At Least Not Yet
Hulu’s ‘1619 Project’ Trashes America with Revisionist History, Voter Suppression Myths
Topless woman arrested for allegedly smashing ‘very unique’ Jesus Christ statue at North Dakota cathedral
Yes, Ilhan Omar Had to Be Punished — and Democrats Know This