This Day in Liberal Judicial Activism—March 6Top ICE official warns flood of migrants coming to US will be ‘highest…in over 20 years’Kyrsten Sinema fires back at critics angered after she opposed wage hike by using left’s own standardsWHERE Is the Scrutiny? Lapdogs in Press Protect Pelosi From Capitol Riot ScrutinyBREAKING: Senate Passes Pandemic Relief Bill 50-49De Blasio Eyeing Run for N.Y. Governor amid Cuomo Scandals: ReportChina Used the China Coronavirus to Destroy Freedoms in Hong Kong and Punish ProtestersWhy Cuomo Cooked the Books on Nursing-Home DeathsGarland doesn’t seem to know much about anything during questioningLiberal SCOTUS justice omits ‘respect’ in dissent after Amy Coney Barrett pens majority opinion
Patriot Daily Press
Skip to content 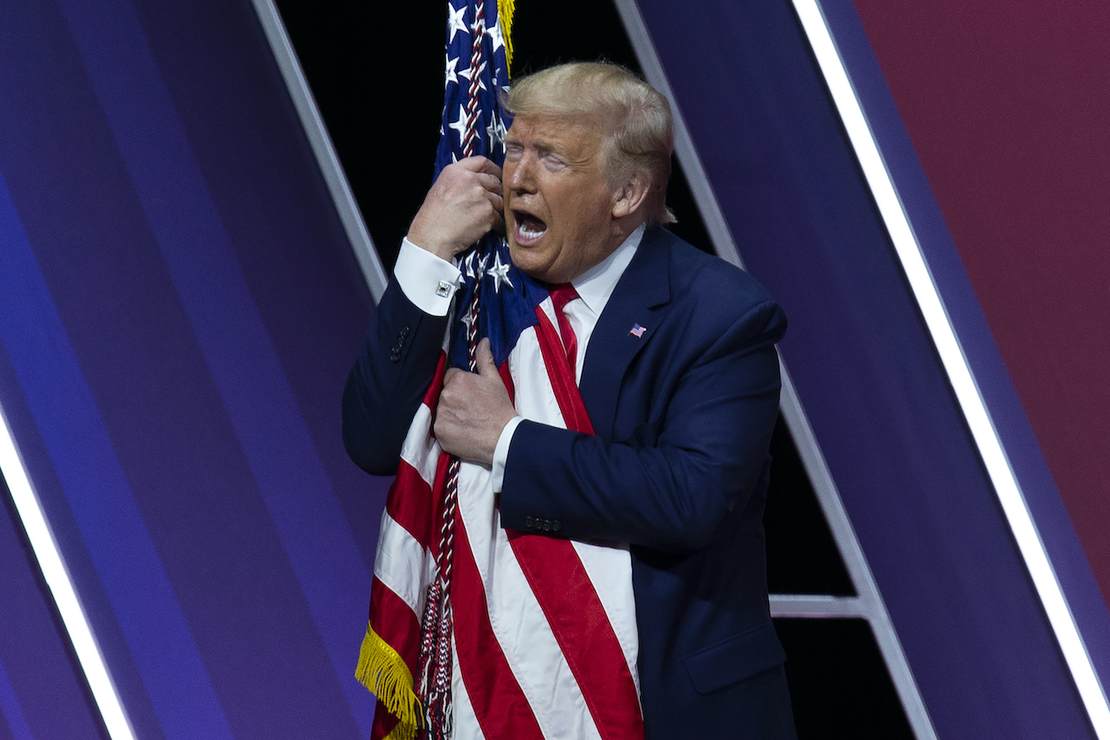 Donald Trump will speak at the Conservative Political Action Conference next Sunday in Orlando in his first speaking engagement since he left office.

A similar invitation was tendered to former vice president Mike Pence, who declined.

The annual conference is the biggest political event on the conservative calendar every year and Trump’s decision to make his reemergence there sends a clear, unmistakable message that he’s back and ready to lead.

Trump already has a lot of ammunition with which to target Joe Biden, who has been busy the last month dismantling many of the former president’s policies.

The source familiar with Trump’s plans to attend CPAC, who is also familiar with the former President’s speech, told CNN on Saturday that “he’ll be talking about the future of the Republican Party and the conservative movement.”

“Also look for the 45th President to take on President Biden’s disastrous amnesty and border policies,” the source added.

Pence, who had a falling out with Trump when he couldn’t or wouldn’t overturn the election on January 6 as Congress met to certify the election results. That rift is not likely to be healed any time soon — if ever.

The divergence between the two former leaders, which comes as the GOP is grappling with its future in the wake of the Trump presidency, follows tensions between Trump and Pence surrounding the January 6 riot at the US Capitol and Pence’s role certifying the results of the election for President Joe Biden.

“We accept Joe Biden is the duly elected president of the United States,” former Pence chief of staff Marc Short told CNN’s Pamela Brown on “Newsroom” Saturday evening, despite Pence playing a role in perpetuating baseless election fraud theories that Trump repeatedly pushed ahead of the attack on the Capitol.

Pence was expected to lay low for the next 6 months or so. He got a job as a distinguished fellow at the Heritage Foundation but his focus will be on 2024 and how he will maneuver around Trump to get the nomination. If Trump doesn’t run himself, it’s doubtful Pence will get his former boss’s endorsement. But the political landscape may have changed dramatically in four years and the Republican Party is going to spend much of that time fighting about what kind of party they want to be.

Trump will have a large say in that debate.

“Our historic, patriotic and beautiful movement to Make America Great Again (MAGA) has only just begun,” he said in a statement last week. “In the months ahead I have much to share with you, and I look forward to continuing our incredible journey together to achieve American greatness for all of our people. There has never been anything like it!”

Many Republicans believe a healthy, active Donald Trump is indispensable to the party’s chances of taking back the House and Senate. Others aren’t so sure. But as a larger-than-life personality set to dominate the conversation, Trump — for better or worse — will be a go-to asset for the GOP moving forward.