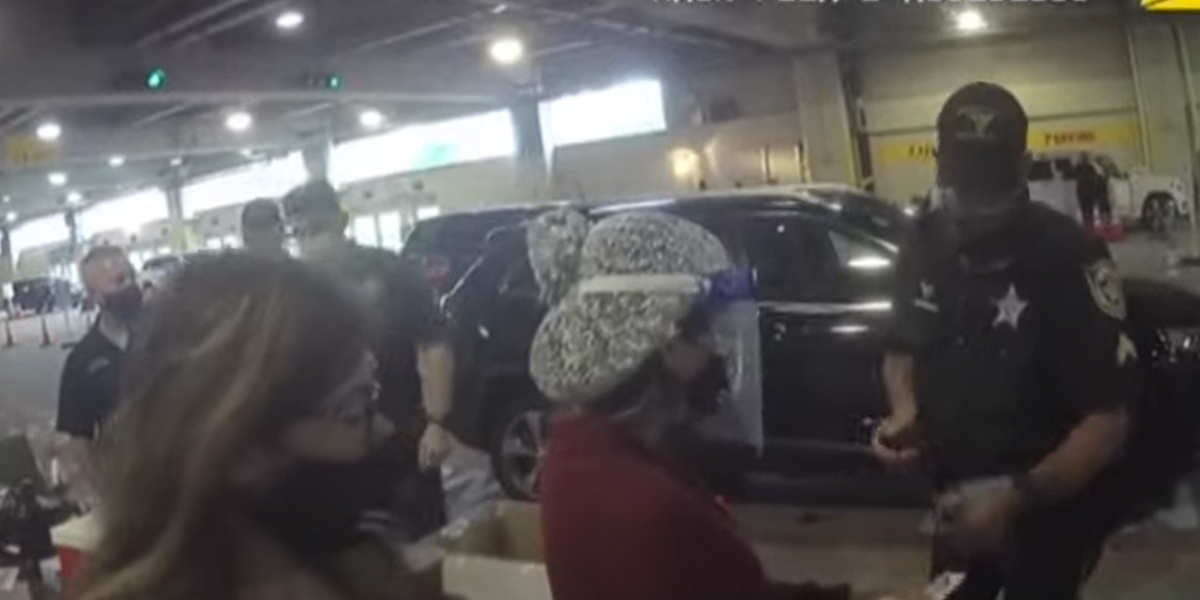 Two Florida women reportedly put on disguises to look like elderly “grannies” in order to jump the coronavirus vaccine line. However, the imposters were caught red-handed by local police.

Dr. Raul Pino, the director of the Florida Department of Health in Orange County, said on Wednesday that two younger women went to the Orange County Convention Center, which is a vaccination site.

“So yesterday, we realized a couple of young ladies came dressed up as grannies to get vaccinated for the second time,” Pino explained. “I don’t know how they escaped for the first time, but they came vaccinated. The bonnets, the gloves, the glasses, and they were probably in their 20s.”

“Pino said that some fire rescue workers who were helping screen and check in the people coming for vaccines noticed something fishy and Pino said the Orange County Sheriff’s Office got involved,” WESH-TV reported.

Florida health officials said two women “dressed up as grannies” to try and receive their second dose of the corona… https://t.co/O7w65Ze7uY

The state of Florida is “prioritizing persons 65 years of age and older and health care personnel with direct patient contact and residents and staff of long-term care facilities.”

The alleged geriatric hoaxers, who were wearing face masks, were identified by authorities as Olga Monroy-Ramirez, 34, and Martha Monroy, 44.

The Orange County Sheriff’s Office released bodycam footage on Friday of police officers confronting two women who purportedly attempted to get COVID-19 vaccinations by pretending to be senior citizens.

A deputy is seen on the bodycam footage scolding the women for committing fraud to try to get COVID-19 vaccines.

“You know what you’ve done? You’ve stolen a vaccine from somebody who needs it more than you. And now you’re not going to get your second one. So that’s a whole waste of time we just wasted here on this,” the officer is heard telling the con women, according to WTVD-TV.

“If you come back, you’ll be arrested,” the law enforcement officer warned the masqueraders. “You’re lucky you’re not being arrested right now.”

The women were not charged for allegedly sneaking into the vaccination site, but were cited for trespassing.

Pino said that health officials are looking into how the women got their first shot, adding they may have gotten the vaccination through a loophole or possibly through an insider.

The director noted that this isn’t the first time that someone pretended to be a senior citizen to get a COVID-19 vaccine. He revealed that a man attempted to get a coronavirus shot by using the identification of his 65-year-old father.

“This is the hottest commodity that is out there right now,” Pino said of the coronavirus vaccine. “We have to be very careful with the funds and the resources that we are provided.”

Nearly 45% of the over-65 population has been inoculated in Orange County, officials said Thursday.