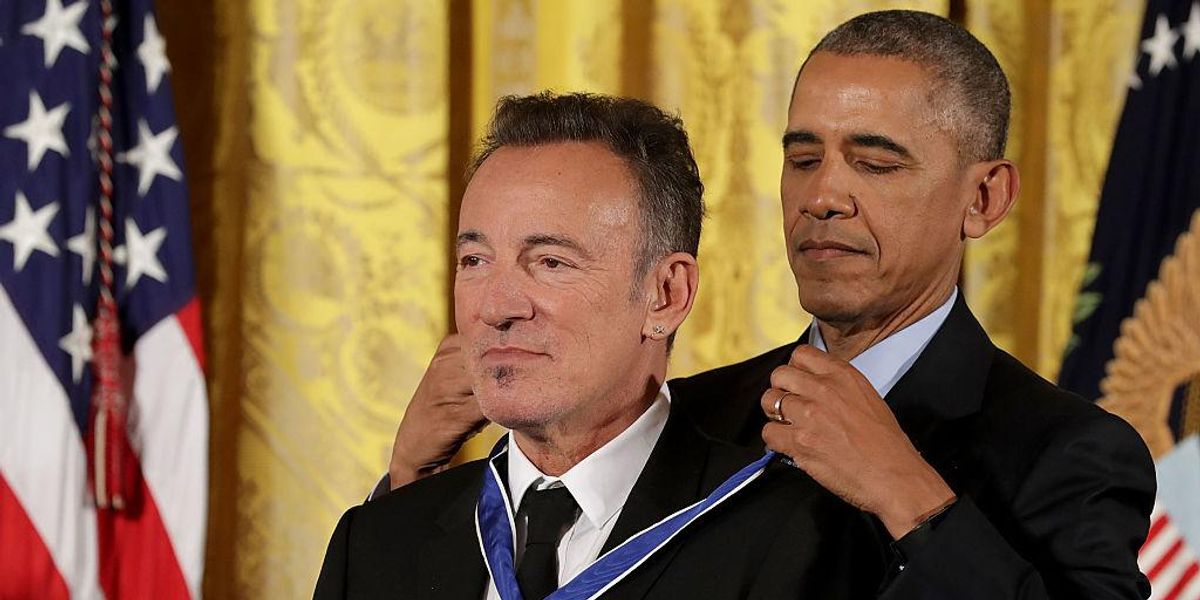 Barack Obama and Bruce Springsteen have a new podcast.

On Monday, Spotify announced the launch of “Renegades: Born in the USA,” a podcast hosted by the former president and the critically acclaimed and wildly popular rock star. The duo will talk about political issues like race and the future of the country and personal things like fatherhood and marriage.

“President Barack Obama and Bruce Springsteen first met back in 2008. Though the two have very different backgrounds and careers, they formed a deep friendship,” Spotify said in a statement. “Starting today, listeners can eavesdrop on their personal, intimate conversations in a new podcast.”

“The longtime friends discuss their hometowns and role models, explore modern manhood, and confront the painfully divided state of the country today—and offer a vision of how we can all move forward together,” Spotify added.

The new podcast series features eight episodes and is the second podcast to launch through Spotify’s partnership with former President Obama and Michelle Obama’s production company Higher Ground. Spotify’s first podcast with Higher Ground, “The Michelle Obama Podcast,” launched in 2019 and became the top-ranked podcast on the audio streaming service. According to NBC News, Spotify has spent more than $500 million to acquire podcast companies and expand its non-music content with exclusive deals with celebrities and popular figures.

The first episode of “Renegades,” now streaming, deals with the current political situation in the United States and race in America. The introduction is narrated by President Obama before the conversation with Springsteen begins, in which they talk about their respective upbringings.

“How did we get here? How could we find our way back to a more unifying American story?” Obama asks.

He continues: “That topic came to dominate so many of my conversations last year—with Michelle, with my daughters and with friends. And one of the friends just happened to be Mr. Bruce Springsteen. On the surface, Bruce and I don’t have a lot in common. But over the years, what we’ve found is that we’ve got a shared sensibility. About work, about family and about America. In our own ways, Bruce and I have been on parallel journeys trying to understand this country that’s given us both so much. Trying to chronicle the stories of its people. Looking for a way to connect our own individual searches for meaning and truth and community with the larger story of America.”