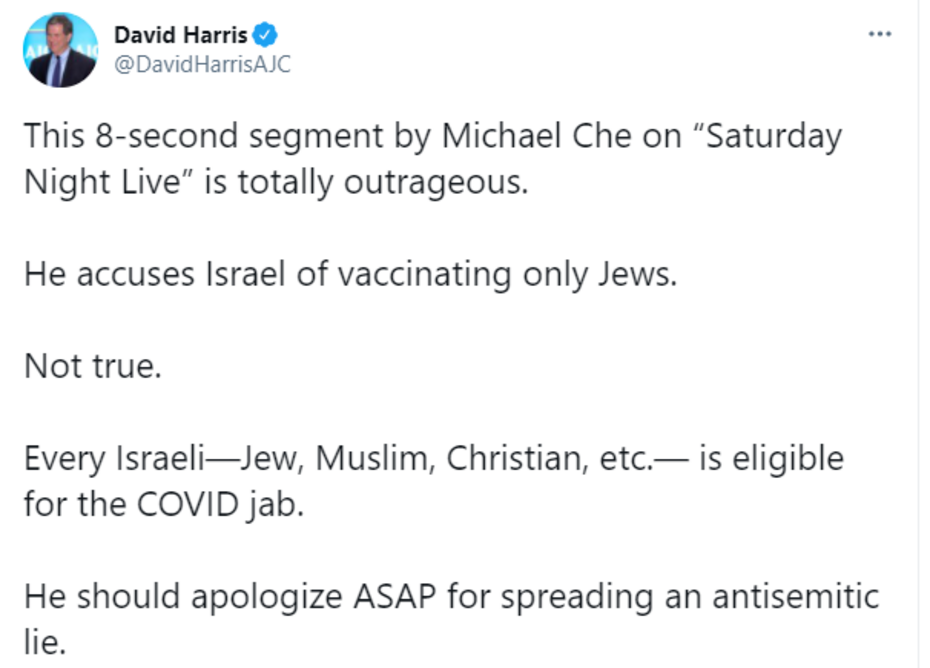 It’s bad enough that Saturday Night Live is unfunny liberal propaganda, but is the NBC show now engaging in anti-Semitic tropes? During the “Weekend Update” segment of Saturday’s episode, comedian Michael Che offered this “joke”: “Israel is reporting that they have vaccinated half their population. And I’m going to guess it’s the Jewish half.”

It’s lame, not funny, and false. Here’s the cringe-inducing video: 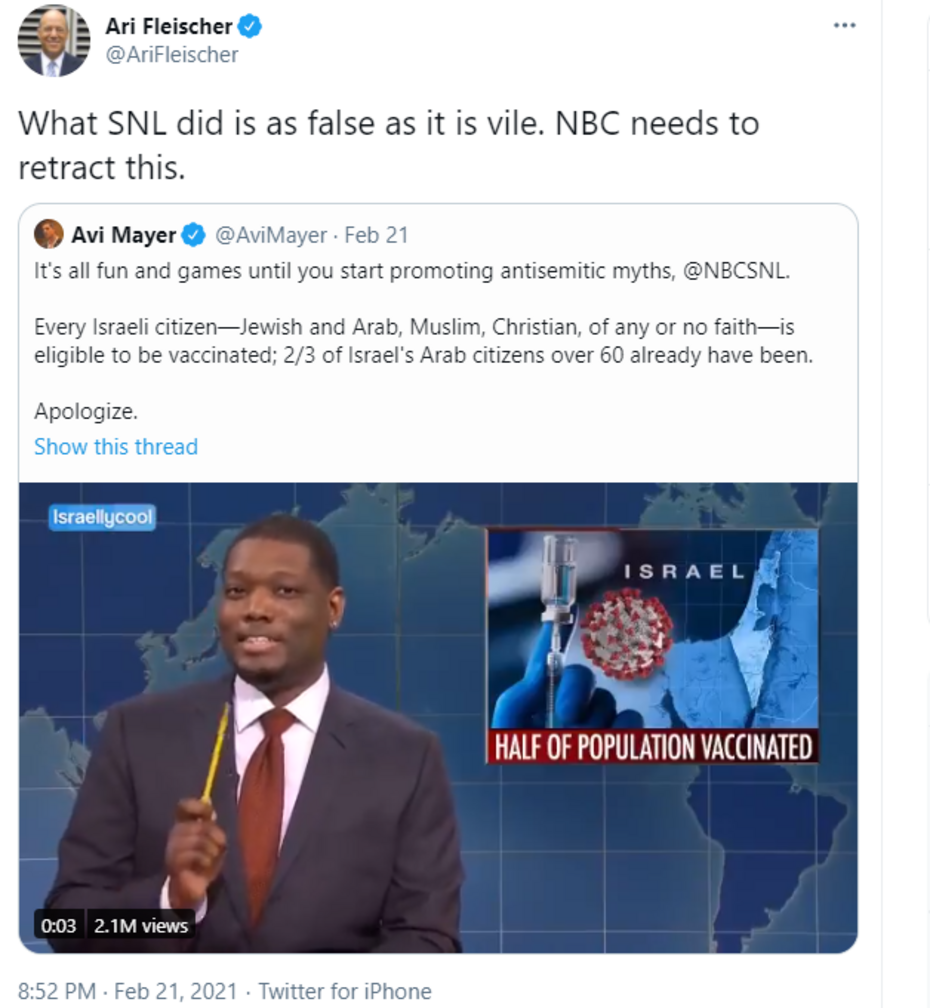 The latest hate by Saturday Night Live was sponsored by Samsung and Jeep. Click on the links to let them know what you think.