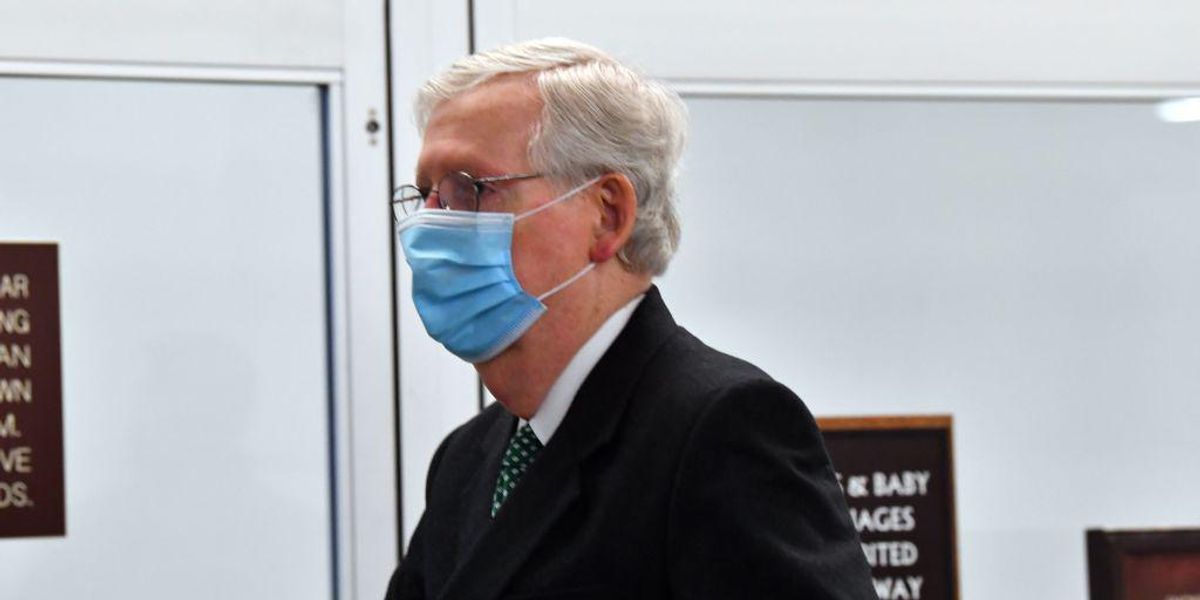 Republican Senate Minority Leader Mitch McConnell (Ky.) appeared on Wednesday to dash Democrats’ hopes of launching a broad investigatory review of the Jan. 6 riot at the U.S. Capitol, blasting the move as “partisan by design.”

But, according to Politico, McConnell has rejected a draft version of the proposed commission, articulating that any large-scale review must also take into account the steady wave of Black Lives Matter riots that ravaged and burned cities across the country last year following the death of George Floyd in late May.

The proposal reportedly would have also given Democrats a 7-4 majority on the panel.

“If Congress is going to attempt some broader analysis of toxic political violence across this country, then in that case, we cannot have artificial cherry-picking of which terrible behavior does and does not deserve scrutiny,” McConnell said.

Instead, McConnell suggested he may be open to a much smaller-scale review focused on the security failures that allowed a mob of Trump supporters to breach the Capitol while both chambers of Congress were in session.

“We could do something narrow that looks at the Capitol, or we could potentially do something broader to analyze the full scope of the political violence problem in this country,” he added. “We cannot land at some artificial, politicized halfway point.”

In a letter to Democratic colleagues last week, Pelosi insisted that the commission was necessary in order to protect “the security of our members” of Congress and the “security of our country.”

On the same day that Pelosi sent the letter, she also received one from four leading House Republicans, criticizing her for dodging questions regarding her own “responsibility for the security” of the Capitol on Jan. 6, such as why requests for National Guard assistance ahead of the planned Trump rally that day were denied.