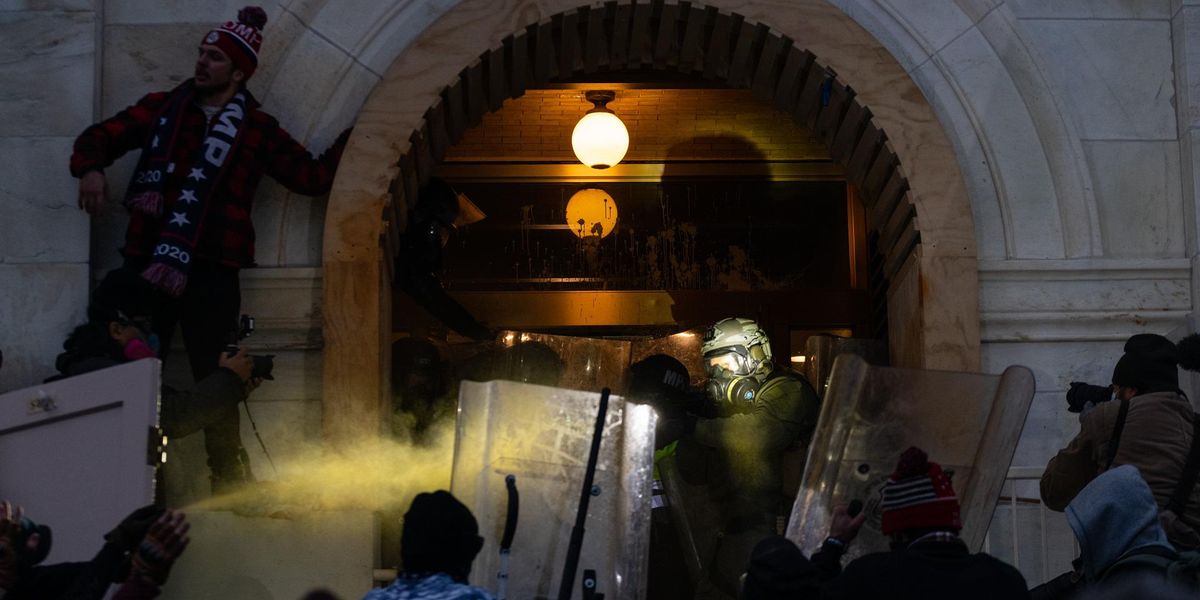 The FBI is exploring whether U.S. Capitol Police Officer Brian Sicknick died from a fatal reaction to bear spray or mace, after video emerged showing the officer being sprayed with a chemical substance during the Jan. 6 attack on the building according to several reports.

One outlets says that a “potential assailant” has been singled out in the investigation, and the new speculation over Sicknick’s cause of death could rule out a murder charge in the case.

Officer Sicknick defended the Capitol on Jan. 6 during the attack from a pro-Trump mob, and passed away the next day from causes that remain a mystery. Earlier reports stated that he was struck with a fire extinguisher during the siege, but Sicknick’s mother dismissed those claims earlier this week, saying, “He wasn’t hit on the head, no. We think he had a stroke, but we don’t know anything for sure. We’d love to know what happened.”

Authorities have remained mum on the issue, still refusing to release autopsy or toxicology reports more than seven weeks later.

But sources leaked to several news outlets Friday claiming that investigators are focused on a video that shows Sicknick being sprayed with a chemical substance.

CNN first reported on the video two weeks ago, saying that “federal authorities have narrowed down to a handful the number of suspects” in Sicknick’s death and that “one leading theory that investigators are considering is that the suspects sprayed an irritant, perhaps bear spray, that caused Sicknick to suffer a fatal reaction.”

The video could offer prosecutors a path to charging someone in connection with Sicknick’s death — though they still have to identify the assailant and would then have to establish that the spraying proved fatal. Prosecutors, instead, might consider bringing assault charges.

The New York Times reported Friday that the FBI “has singled out a potential assailant” according to sources, calling it “a significant breakthrough in the case.”