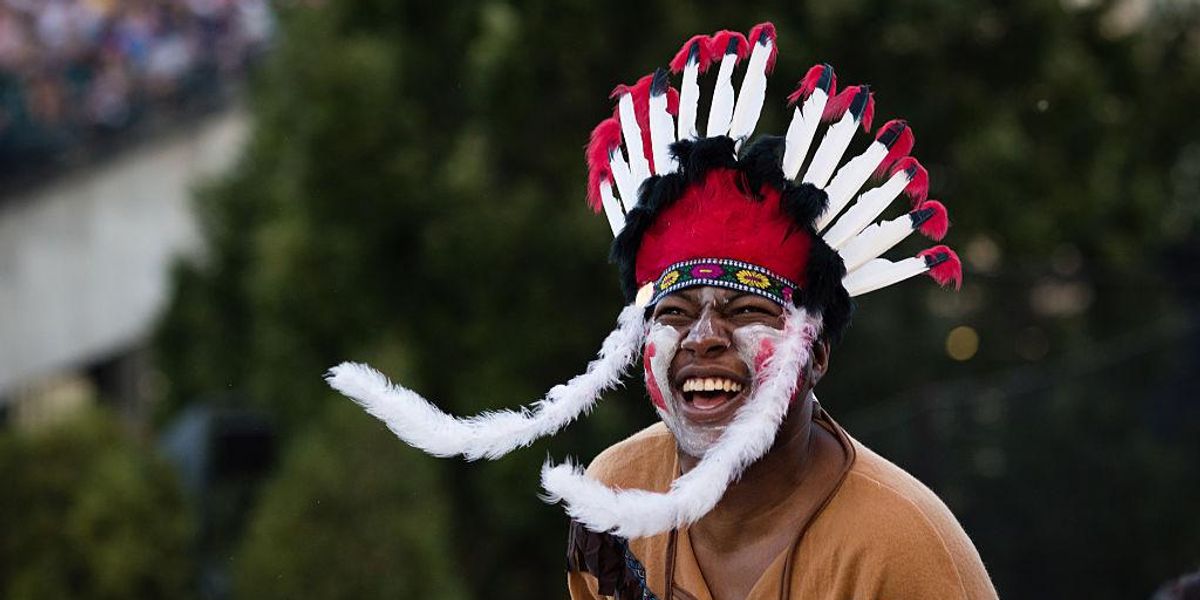 Moving forward, the Cleveland Indians will prohibit fans from wearing Native American-style headdresses and face paint while in attendance at home games. The Major League Baseball club announced the new ballpark policy on Wednesday ahead of the team’s home opener against the Detroit Tigers.

Under the new guidelines, fans could be denied entrance or face ejection if they conduct themselves in a “disorderly, unruly, or disruptive” way or should they choose to wear “inappropriate dress.” According to the policy, inappropriate dress “includes headdresses and face paint styled in a way that references or appropriates American Indian cultures and traditions.”

“Inappropriate or offensive images, words, dress or face paint must be covered or removed, and failure to do so may constitute grounds for ejection or refusal of admission,” the policy continued.

The changes were made as pressure ramps up across the country for organizations to remove all potentially racially insensitive content and messaging from public view.

.@Indians fans: what to expect when you return to Progressive Field this year ⬇️ https://t.co/k6hrGIGzzn

Curtis Danburg, vice president of communications and community impact for the Indians, told Cleveland.com that the dress policy does not extend to the appearance of Chief Wahoo logo on attire. He added that face paint broadcasting other messages are fine, too.

Chief Wahoo — a caricature of a big-toothed, smiling, red-faced Indian chief — is the club’s former logo, which the team moved away from following the 2018 season after it drew scrutiny from some who called it racist and offensive.

Since the logo’s removal was so recent, it would be difficult to ban fans from displaying it. The logo appears on nearly all jerseys or other team memorabilia purchased before 2019.

The new dress policy follows the club’s announcement last year that it will change names sometime before the start of the 2022 season. The club has heralded the “Indians” name for more than a century.

Cleveland’s decision follows similar ones made by teams in other professional sports leagues with Native American monikers.