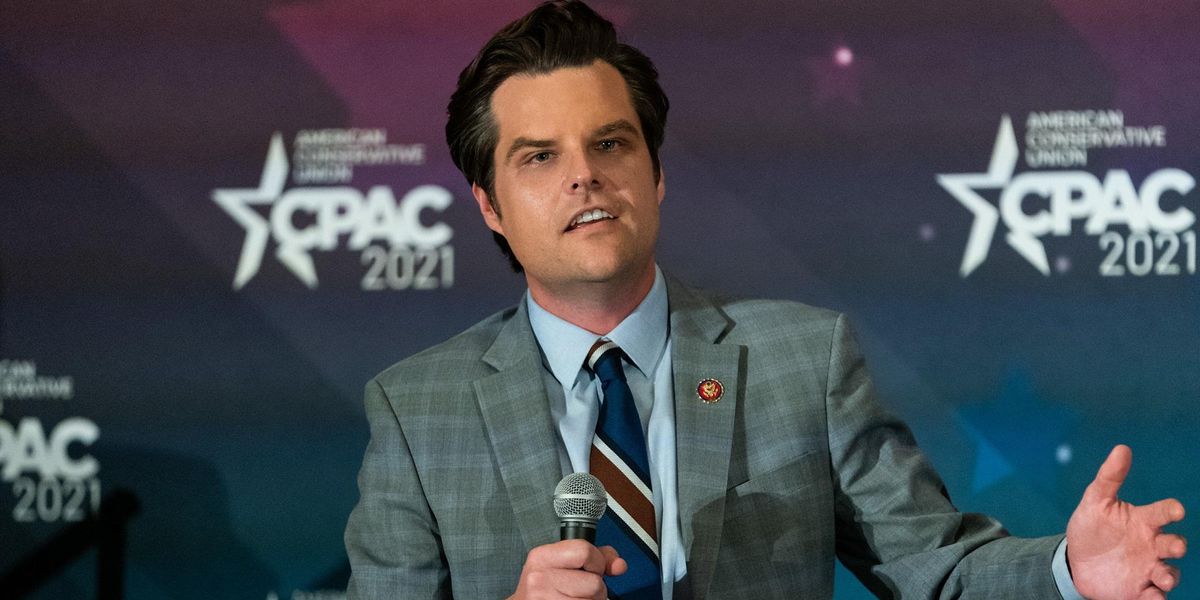 Florida Republican Rep. Matt Gaetz said Tuesday that he is under investigation by the federal government for sexual misconduct, but says the allegations against him are completely false and “rooted in an extortion effort” against his family.

Gaetz, 38, told Axios, “The allegations against me are as searing as they are false,” adding, “I believe that there are people at the Department of Justice who are trying to criminalize my sexual conduct, you know when I was a single guy.”

Gaetz told Axios that he was “absolutely” confident that none of the women he dated were underage.

The GOP congressman told the outlet during his 13-minute interview that the claims against him are “unclear,” and that he has been told “very little.”

Less than an hour before the Axios report, The New York Times reported that Gaetz “is being investigated by the Justice Department over whether he had a sexual relationship with a 17-year-old and paid for her to travel with him, according to three people briefed on the matter.”

Gaetz told Axios, “”I have definitely, in my single days, provided for women I’ve dated. You know, I’ve paid for flights, for hotel rooms. I’ve been, you know, generous as a partner. I think someone is trying to make that look criminal when it is not.”

Following his comments to Axios, Gaetz explained on Twitter:

“Over the past several weeks my family and I have been victims of an organized criminal extortion involving a former DOJ official seeking $25 million while threatening to smear my name.

We have been cooperating with federal authorities in this matter and my father has even been wearing a wire at the FBI’s direction to catch these criminals. The planted leak to the FBI tonight was intended to thwart that investigation.

No part of the allegations against me are true, and the people pushing these lies are targets of the ongoing extortion investigation. I demand the DOJ immediately release the tapes, made at their direction, which implicate their former colleague in crimes against me based on false allegations.”

Gaetz’s name had already been trending on Twitter prior to bombshell reports on the sexual misconduct and purported trafficking allegations, because Axios reported earlier in the day that Gaetz “privately told confidants he’s seriously considering not seeking re-election and possibly leaving Congress early for a job at Newsmax.”