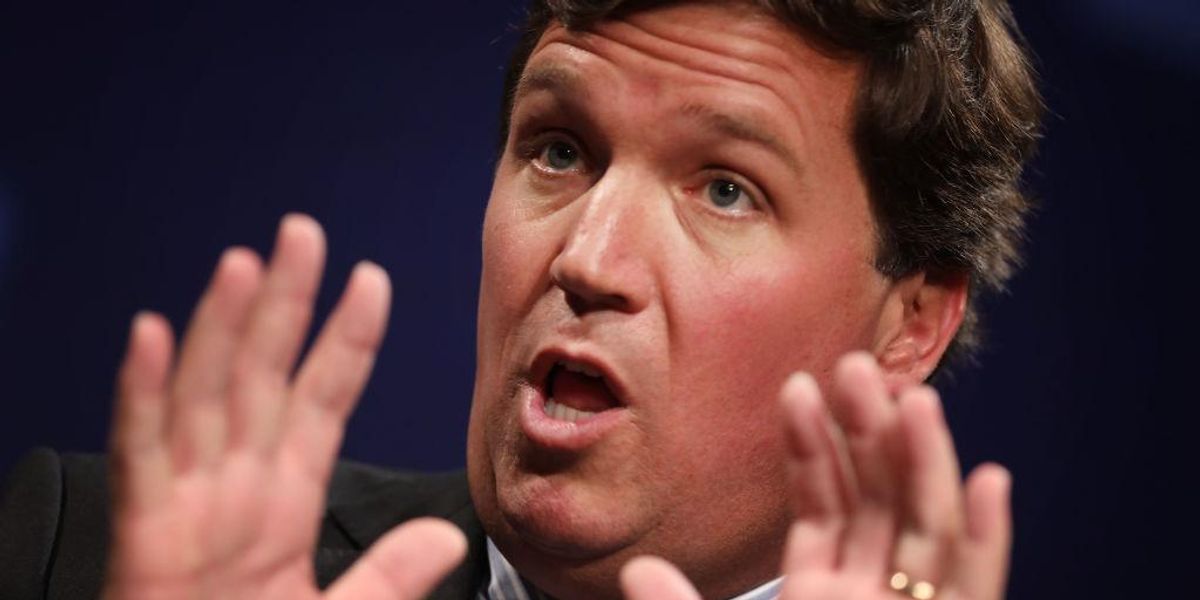 Chelsea Clinton wants Facebook to ban Fox News host Tucker Carlson from its website after a clip from Carlson’s program casting doubt on the effectiveness of coronavirus vaccines went viral this week.

Clinton on Wednesday tweeted a screenshot of a Facebook post featuring Carlson’s controversial monologue from Tuesday night, during which he suggested that the vaccine doesn’t work and that the federal government is hiding that from the American people.

According to CrowdTangle, a tool that keeps track of social media analytics, Carlson’s monologue had become the most popular post on Facebook by Wednesday.

“In December, @facebook banned claims about #covid19 vaccines ‘that have been debunked by public health experts.'” Clinton tweeted, noting that despite Facebook’s ban Carlson’s segment was still gaining traction on its platform.

“Especially troubling given Republican men are currently most likely to say they’re not interested in being vaccinated,” said Clinton, the daughter of former U.S. President Bill Clinton and former U.S. Secretary of State Hillary Clinton.

In December, @facebook banned claims about #covid19 vaccines “that have been debunked by public health experts.” An… https://t.co/2PjbXarU2f

Carlson’s comments came after the federal government called for an immediate pause on the distribution of the Johnson & Johnson vaccine Tuesday following six reported cases of a “rare and severe type of blood clot in individuals after receiving the vaccine.”

During his Tuesday evening monologue, Carlson questioned recommendations from top White House health adviser Dr. Anthony Fauci and the U.S. Centers for Disease Control and Prevention on mask-wearing and social distancing for people who have already received the vaccine.

“If the vaccine is effective, there is no reason for people who have received the vaccine to wear masks or avoid physical contact,” he said.

“Maybe it doesn’t work and they’re simply not telling you that,” he added. “Well you hate to think that, especially if you’ve gotten two shots. But what’s the other potential explanation? We can’t think of one.”

Fauci responded the next day, accusing Carlson of promoting a conspiracy theory and saying his remarks “were counter to what we’re trying to accomplish to protect the safety and the health of the American public.”

On Wednesday night, Carlson denied that he cast doubt on the efficacy of the vaccines and turned the question on Fauci, asking why public health officials keep telling Americans they can’t return to life as normal even after taking the vaccine.

“The only reason we are asking the question is because the people in charge are acting like it doesn’t work,” Carlson said.

“You see the president of the United States wearing a mask outside, you see the vice president doing the same thing,” he continued. “You see the guy in charge of coronavirus response … telling us that, again, after you’ve had the vaccine, you must remain under the restrictions. So we’re asking a question that is rooted in science, which is why? If this stuff works, why can’t you live like it works? What are you really telling us here?

“If the coronavirus vaccine prevents you from catching the coronavirus, why are you wearing a mask?” he asked. “So that’s the question. It’s not a conspiracy theory. As an American, you should ask it too.”