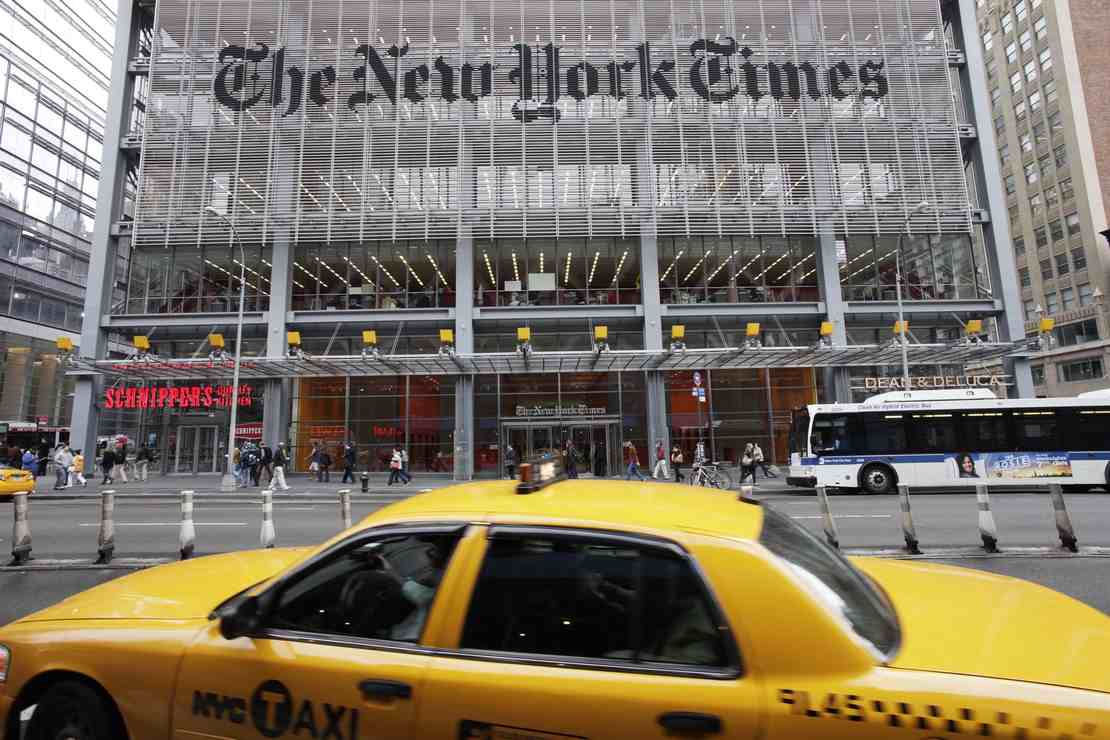 The New York Times, like the rest of the establishment media, seems to have adopted a policy of making Islam look as good as possible whenever possible, no matter what incidences of jihad violence and Sharia oppression have to be whitewashed in the process. And so it was no surprise when the Times on Thursday published a weepy, self-pitying piece by a Muslim woman, Myra Farooqi, all about her romance with a Hindu man, which went sour when he ungallantly refused to convert to Islam to marry her. Criticize the draconian and supremacist Islamic marriage laws that made for this scenario? Not on your life, as far as the New York Times is concerned.

After telling the sad story of her doomed relationship, Farooqi writes: “I cannot defend the arbitrary limitations of Muslim love because I have been broken by them.” However, she is not criticizing those limitations: “for a while I blamed my mother and religion,” but apparently she is over all that now. And “the onus of sacrifice lies with the non-Muslim whose family is presumably more open to the possibility of interfaith relationships.” She knows it can work: “I have since watched Muslim friends marry converts. I know it’s possible to share a love so endless that it can overcome these obstacles.” But only if the non-Muslim is willing to sacrifice.

And here is the New York Times justifying that. Nor was this a singular instance: Back in January, the Times published an article that opened with a “gifted high school senior” in Dadaab, a Kenyan refugee camp, hanging himself because he couldn’t come to the U.S. due to Trump’s travel ban. It was a predictable sob story about how hard the residents of Dadaab have had it since they have been unable to come to America.

Also in January, the Times found it fit to print that while “people see Iran as politically charged and oppressive,” there is actually “a lot of beauty and innocence” there. This entry in a gushing Times travel piece, “52 Places to Go,” was just one among many attempts to normalize the brutal, repressive Death-to-America-chanting Islamic Republic in advance of Old Joe Biden reentering the Iran deal and starting the money flow back up to the bloodthirsty Iranian mullahs.

The Times’ outrageous pro-jihad propaganda has not been noticed only by those the Gray Lady would herself dismiss as “right-wing extremists.” The South China Morning Post reported last November that “French President Emmanuel Macron has called a New York Times correspondent to criticise English-language coverage of France’s stance on Islamic extremism after recent attacks, arguing it amounts to ‘legitimising’ violence.” Macron told Times hack Ben Smith: “When I see…several newspapers which I believe are from countries that share our values … when I see them legitimising this violence, and saying that the heart of the problem is that France is racist and Islamophobic, then I say the founding principles have been lost.”

But Macron was spitting into the wind. Stigmatizing all opposition to jihad violence and Sharia oppression as “racist” and “Islamophobic” is what the Times is all about. And the Times’ writers and editors are nothing if not consistent.

‘Absolute Worst’; Reid, Trans Activist RAGE Over ‘Hateful’ Republican Caitlyn Jenner
‘Herd Immunity’ Not Possible in U.S., Experts Say, But We May Not Need It
Liz Cheney pens op-ed urging GOP to ‘steer away’ from ‘Trump cult of personality’
DC mayor bans dancing and standing at weddings and receptions — so now couples are taking their celebrations elsewhere
Top Republicans Suggest Liz Cheney Could Be Removed from Leadership Role