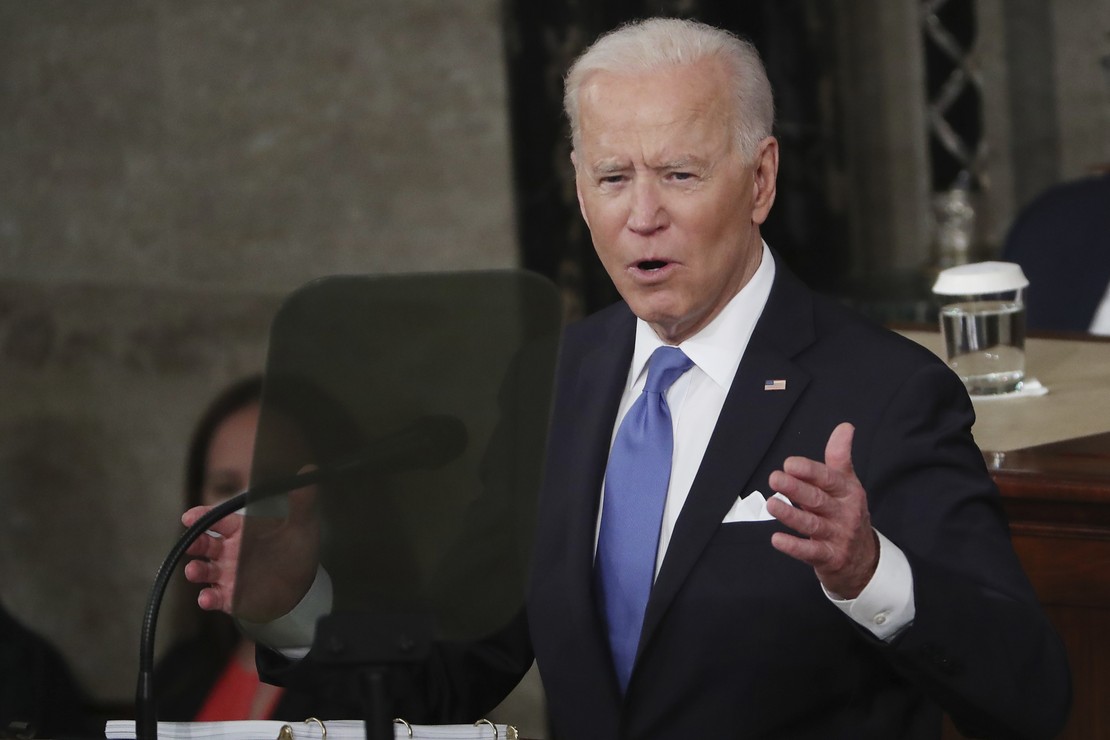 How does the left-leaning legacy media celebrate President Joe Biden as an avatar for radical change while praising him as a “moderate” “uniter” who can bring people together? CNN appears to have settled on a potential solution, and it seems to come straight out of George Orwell’s 1984.

CNN’s Stephen Collinson pre-analyzed Biden’s speech to the joint session of Congress on Wednesday and the outlet published his article under the headline, “Joe Biden to showcase his moderate radicalism in his big congressional address.”

Yes, “moderate radicalism.” In the article, Collinson discussed Biden’s “quiet radicalism,” pushing the opposite of Reaganism but supposedly not “going to extremes” in doing so.

Recommended: 5 Things to Know About Joe Biden’s Address to Congress

The CNN analyst described Biden’s governing style as “Reaganomics in reverse: He’s planning to pay for his plans with a modest rise in the corporate tax rate to 27% from 21% and with higher taxes on capital gains and the highest earners.”

Collinson also noted that Republicans “are seizing on the cost and size of the President’s ambition, portraying him as an extreme radical, hoping to seed a backlash that will tip them Congress in the midterm elections. If they can solidify the idea that Biden has overreached and campaigned as a moderate but governed as a radical they could prosper, since voters often use midterm elections to modify a course set in the previous White House race.”

Nevermind the fact that Biden has governed like a radical, rushing to reverse former President Donald Trump’s policies by executive order in his first few days in office, then refusing Republican attempts to pass a clean COVID-19 relief bill and their attempts to compromise on infrastructure. Biden, who long supported the Hyde Amendment, turned on a dime in the 2020 race. He leads a Democratic Party that will brook no dissent on abortion and he nominated abortion extremist Xavier Becerra to lead the Department of Health and Human Services. He supports the Equality Act — which would gut religious freedom — and H.R. 1 — which would gut election integrity.

Even Biden’s rhetoric has thrown fuel on the fires of division. The president has grotesquely lied about Georgia’s new election integrity law, calling it “Jim Crow on steroids” and encouraging Major League Baseball to condemn the state. When MLB pulled the All-Star Game out of Georgia, costing the state millions, MLB cited Biden in its statement, even though Biden later insisted he did not support boycotts.

Biden has even issued an executive order creating a commission to study “Supreme Court reform” — likely the first step toward packing the Court.

Biden is no moderate, but the legacy media desperately wants to portray him as a mainstream uniter — because left-leaning reporters broadly support his radical agenda.

This poses a significant problem for the Left: how do they praise Biden for pushing the agenda they enthusiastically support while also framing him as a middle-of-the-road representative of the American people as a whole? The solution is double-speak: calling Biden a “moderate radical.”

Biden’s speechwriters worked overtime to make his address this week seem as mainstream as possible. The president framed costly environmental regulations and green energy schemes as jobs programs. He mentioned roads and bridges — without admitting that traditional infrastructure only makes up about 10.5 percent of his “infrastructure” plan. He touted the COVID-19 “relief” bill, without mentioning its costly blue-state bailout.

This deception is wicked smart politics, but that doesn’t make it any truer. Biden is a radical in “moderate” clothing. He has indeed overreached, and Republicans will hammer that message home in the midterms. Yet the legacy media will continue to push the narrative of Biden’s “moderate radicalism.”

PJ Media and our allies exist to equip you, gentle reader, with the resources to counter this deceptive narrative.