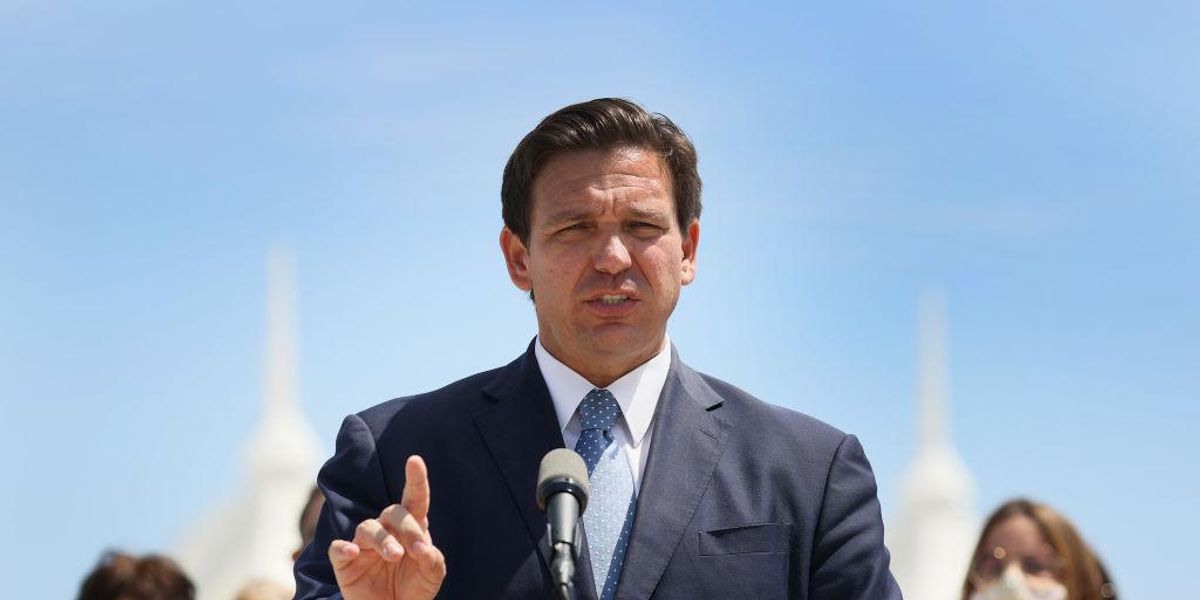 Florida Gov. Ron DeSantis (R) on Thursday pledged to sign his state’s version of a bill to protect fairness in women’s sports by prohibiting transgender athletes who were born males from competing against females.

In a surprise move this week, Florida Republicans in the state House revived the “Fairness in Women’s Sports Act” after it died in Senate committee by attaching it as an amendment to SB 1028, a charter school bill. The legislation would ban males from competing on women’s sports teams at the public secondary and collegiate level.

The House passed the bill Wednesday in a vote of 79-37, mostly along party lines. The state Senate passed the bill 23-16 later that evening. If DeSantis signs the bill into law, Florida would be the seventh state to adopt a form of the “Fairness in Women’s Sports” bill though 30 states are considering similar legislation.

At a Fox News town hall Thursday evening with other Republican governors, Gov. DeSantis said he was eager to sign the bill.

“So I look forward to being able to sign that into law,” he said.

Critics including state Democrats and LGBTQ activists have assailed the bill as “cruel” and discriminatory against transgender youth.

“It’s horrific,” Gina Duncan, the director of transgender equality at Equality Florida, said. “This bill shows not only their lack of humanity but their astounding ignorance about the transgender community, not understanding that trans girls are girls and transgender women are women.

“Despite impassioned pleas by legislators who have gay and transgender kids and grandkids imploring supporters of this bill to understand the harm that it will do, Republicans followed their marching orders to implement this orchestrated culture war and move this bill forward.”

“If they want to play, let them play, there’s nothing to stop them,” said state Sen. Victor Torres (D), who’s grandchild is transgender and identifies as female. “We thought it was dead, but obviously some don’t care.”

Republican supporters of the legislation countered that it’s unfair that athletes who were born with male DNA, male skeletal structures, and have male muscle development are allowed to compete with girls.

“I thought it was common knowledge that men are stronger than women,” Sen. Kelli Stargel (R) said. “We’re just trying to protect them.”

Mississippi Gov. Tate Reeves (R), who participated in the town hall with DeSantis and was the first Republican governor to sign a fairness in women’s sports bill into law this year, said Thursday that biological males should not be able to compete with girls for scholarships and other opportunities.

Adding to the controversy over these bills is the National Collegiate Athletic Association’s stated opposition to legislation it claims discriminates against transgender athletes. The NCAA has threatened to pull championship games from states that pass laws barring biological males from playing on girls sports teams, leading some Republican lawmakers and governors to hesitate over enacting laws that apply to collegiate sports.

South Dakota Gov. Kristi Noem (R) outraged social conservatives by vetoing her state’s version of the “Fairness in Women’s Sports” bill, saying the portion of the bill that applies to colleges and universities was “unrealistic in the context of collegiate athletics.”

North Dakota Gov. Doug Burgum (R) likewise vetoed a similar bill, claiming that there was no evidence that girls sports were in “immediate danger” of becoming unfair and deferring to the state athletic association to determine the rules governing high school and collegiate sports.

But social conservative activists are making clear that Republicans who want their support must stand up to protect women’s sports.

“This is now the status quo for the Republican Party,” he added. “You must support protecting women’s sports to be a contender in the party.”