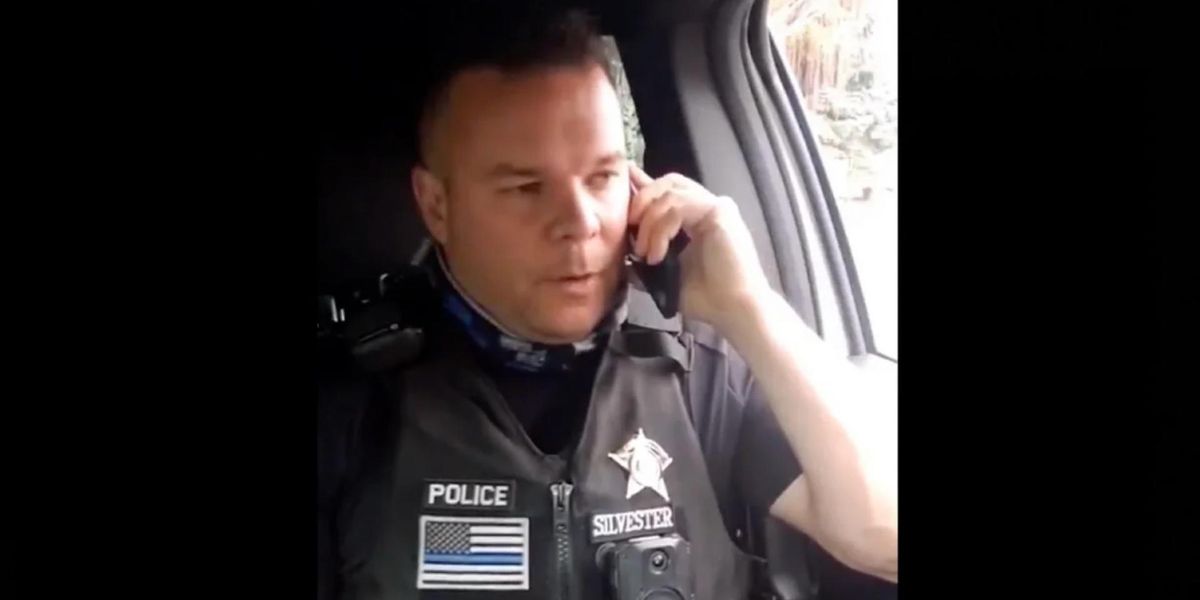 James came under fire for
posting a photo of the officer involved in the police shooting of Ohio teen Ma’Khia Bryant, captioning it, “YOU’RE NEXT. #ACCOUNTABILITY.”

Earlier this month, Officer Nate Silvester of the Bellevue Marshal’s Office in Idaho
turned heads with his impersonation of an officer phoning James for direction on how to handle a police call.

Silvester’s satire naturally went viral and racked up millions of views across the internet.

As previously reported by Blaze Media:

In the video, Silvester can be seen arriving at a fictional scene and calling dispatch for advice.

“Dispatch, I’ve arrived at that disturbance,” he says. “Will you have LeBron call my cellphone right away, please? Thank you.”

While awaiting the call from “LeBron,” Silvester can be heard telling an off-screen person to “put down that knife.”

“LeBron” returns Silvester’s call, and the officer says, “LeBron, hey, yeah, it’s me again. Listen, I’m out here at this disturbance call, and there’s a guy trying to stab another guy with a knife. What do you think I should do?”

After a pause in the fake conversation, Silvester asks, “Why does that matter?”

“OK, well, they’re both black,” he continues. “One guy is trying to stab another guy with a knife. Deadly force is completely justified.”

He concludes the conversation, “Michael Jordan’s the GOAT [greatest of all time]. I gotta go.”

Silvester then turns to the fictional suspects and says, “Sorry, guys, you’re on your own. Good luck.”

Silvester recently appeared in a YouTube video, where he revealed that he was suspended following the original video.

The Bellevue Marshal’s Office also issued a statement in response to the video.

In his video, Silvester said that he was on break when he filmed the video and did not use city time to mock the NBA star.

Following his suspension, Silvester’s best friend launched a GoFundMe page to raise money for any related loss of income that may have stemmed from the suspension.

At the time of this reporting, the page has received more than $193,000 in donations.

In the video, Silvester said that he plans to use the money to push back against the anti-police narrative in much of the media. He did not specify how he would make such an effort.