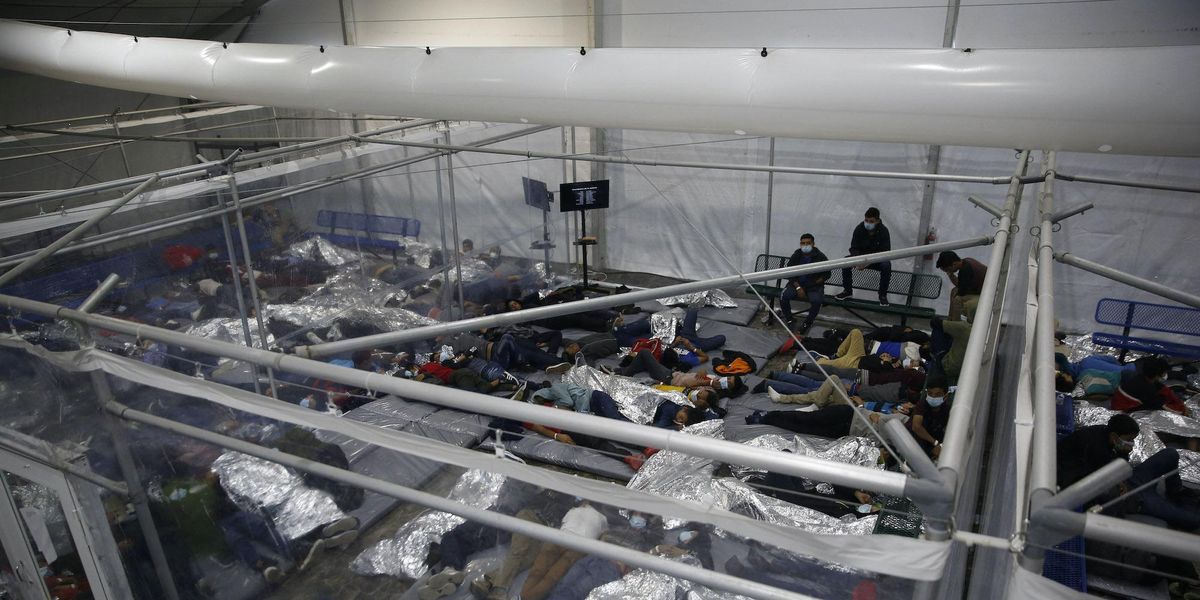 Rep. Henry Cuellar of Texas, a Democrat, accused the Biden administration of playing a “shell game” with the unaccompanied minors captured at the border in order to mislead the public.

Cuellar’s comments were included in a report about the migrant children from NBC Nightly News published Thursday.

“What they’re doing now is they’re moving the kids from the border patrol tents over to, next door, to the HHS facility,” said Cuellar to reporter Gabe Gutierrez.

“With all due respect, it’s all been a shell game,” he added.

NBC reported that the numbers reported by the U.S. Department of Health and Human Services and Homeland Security corroborated Cuellar’s criticism.

While the Biden administration has denied that there’s any crisis at the border and President Biden has claimed that the increased numbers are simply expected seasonal spikes, the statistics tell a different story.

NBC reported that as many as 160,000 unaccompanied minors were expected to cross the border in 2021, a record number.

Local law enforcement officials say other crimes at the border are skyrocketing, including drug smuggling and human trafficking.

“The numbers have been historic,” said Lt. Christopher Olivarez with the Texas Department of Public Safety. “as far as illegal crossings and now, stash houses and criminal activity, so by far from previous years we are seeing a dramatic increase in those activities.”

Cuellar has previously spoken out against the more lax border policies of the Biden administration. In March he warned that criminals would use the comments made by Biden to encourage more illegal immigration.

“The bad guys know how to market this,” Cuellar said at the time.