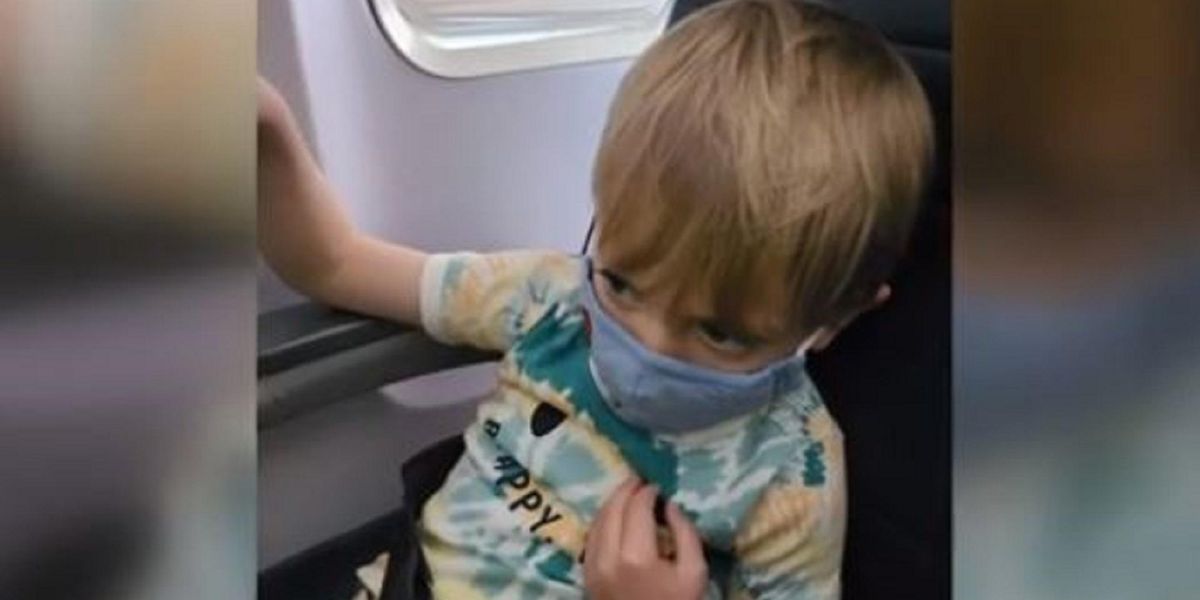 A Colorado mother says her family was kicked off a Southwest Airlines flight due to a pilot’s concern that her disabled 3-year-old son might not keep his mask on during the entire flight, despite her insistence that the boy had undergone training to keep his mask on at all times.

Caroline Scott told “Fox & Friends” that she called Southwest ahead of their flight to alert them that her son, Orion, has sensory processing disorder — which makes him feel touch more strongly than others — but that the family had prepared to be sure he could remain masked up if any issues arose.

The Scotts wanted to make sure there wasn’t any trouble on their trip to visit Orion’s 94-year-old great-grandmother in Florida, KVOA-TV reported.

“He’s been working really hard with his occupational therapist, with his doctors, with us as his parents,” Scott told Fox co-host Ainsley Earhardt, according to dictation by The Daily Caller. “And so I’d called the airline ahead of time just to let them know that my son had sensory processing disorder and that we didn’t need an exemption, he can wear his mask and he will, but that if he had any frustration or difficulties that we as his parents had the tools and skills we needed to help him to cope with that and to keep his mask on.”

According to Scott, Southwest said they would make a note about the situation and that there would not be an issue. But once they arrived at their gate, the agent saw the note on Orion’s ticket and flagged it. The agent told Scott, “We need to get a supervisor to approve you all to fly today.”

There was a back-and-forth between Southwest employees, but the supervisor agreed to allow the family to board after Scott’s assurances that she could “100% guarantee” Orion would keep his mask on.

But once they were settled into their seats on the plane, the family was booted. Scott said she heard the captain insisting from the cockpit that he “won’t make any exception” and that “the rules are the rules.”

When asked for comment from Fox, Southwest Airlines provided a statement saying:

“Southwest Airlines regrets any inconvenience…Southwest employees are working each day to ensure the requirements of the federal mandate with sensitivity during these challenging times.”

After being kicked off their flight, the Scott family spent nearly $2,000 to fly with another airline the following day. Southwest told KVOA that they regretted the family’s inconvenience, and said that customer service would be reaching out.

Ms. Scott contends, “We were deplaned not for our behaviors, but for disclosing my son’s disability, which is discrimination.”