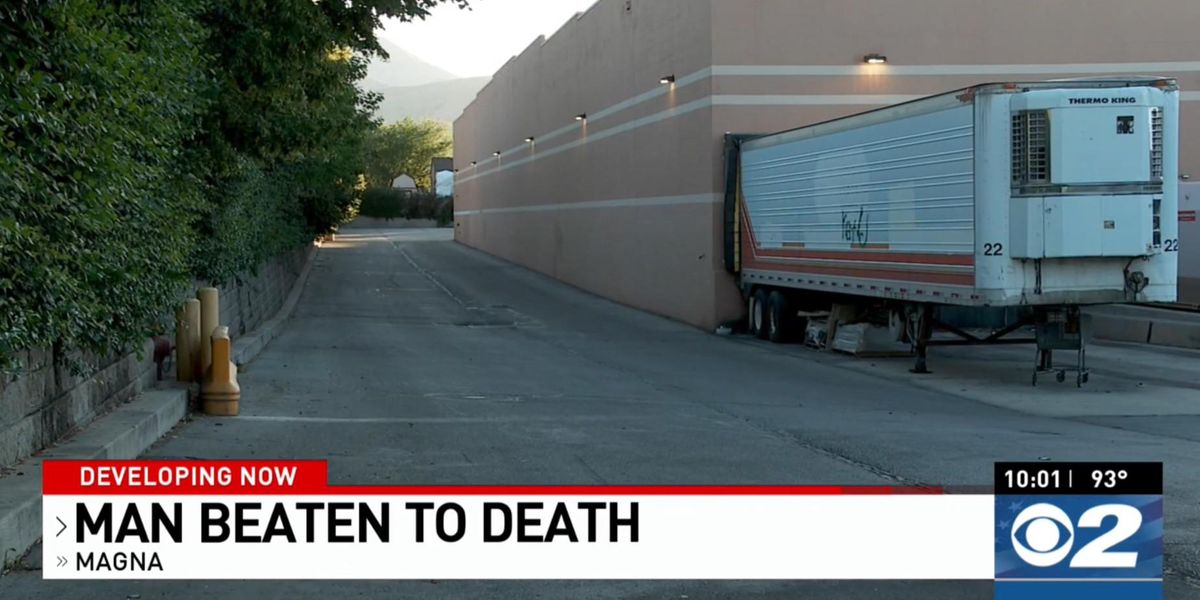 An angry mob allegedly ran down a man and then beat him to death after he allegedly assaulted his pregnant girlfriend and caused her to have a black eye.

Police have charged two people with murder for participating in the brutal death of 41-year-old Fred Valdamar Ortiz. Police say an angry mob of at least six people chased Ortiz down, ran him over with a car, and then beat him to death, KSTU-TV reported.

The incident happened Monday in Magna, Utah, a town not far from Salt Lake City.

The mob of people became enraged when they were told by Ortiz’s girlfriend that Ortiz had allegedly beaten her two days earlier, leaving her with a black eye, according to KSTU.

While the group was at the home of the girlfriend picking up an animal, Ortiz allegedly rode by on a scooter, prompting the group to allegedly chase him. While chasing Ortiz, police say 19-year-old Osyeanna Maria Martinez struck Ortiz with her car. Ortiz continued to run, but once the group caught up again, they allegedly began beating him with a pole and other nearby objects.

Surveillance video caught “Martinez throwing two boards at Ortiz’s back and head, and then punching and kicking him. Xandre Sky Hill, 18, was also caught beating Ortiz with a pole,” KSTU reported.

Why exactly the vigilante mob decided to take out their anger at Ortiz was not clear. However, the arrest report said family members were scared to report Ortiz’s alleged assault of his girlfriend to police.

“[The family] have been scared to report it because [Ortiz] is on parole and his probation officer will not do anything to lock him up,” the report said, KUTV-TV reported.

Does Utah have a ‘stand your ground’ law?

Utah criminal code permits someone to use deadly force to protect themselves or others — or even to prevent a “forcible felony.”

Utah law states that the use of force “intended or likely to cause death or serious bodily injury” (deadly force) is justified when a person “reasonably believes that force is necessary to prevent death or serious bodily injury” either to that person, or to another, or to prevent a forcible felony. In Utah, the term “forcible felony” covers a wide range of crimes, ranging from murder and aggravated assault to arson and robbery. … Utah no longer espouses the “duty to retreat” that was once common, a person is justified in using deadly force as long as that person is in a place where they are lawfully allowed to be.

However, the situation that resulted in Ortiz’s death does not fall under the law’s protection because the alleged assault by Ortiz occurred days before the mob killed him.

From all indications, Ortiz was not currently a threat to anyone.

Both Martinez and Hill were charged with murder. Charges for others involved were not yet public.