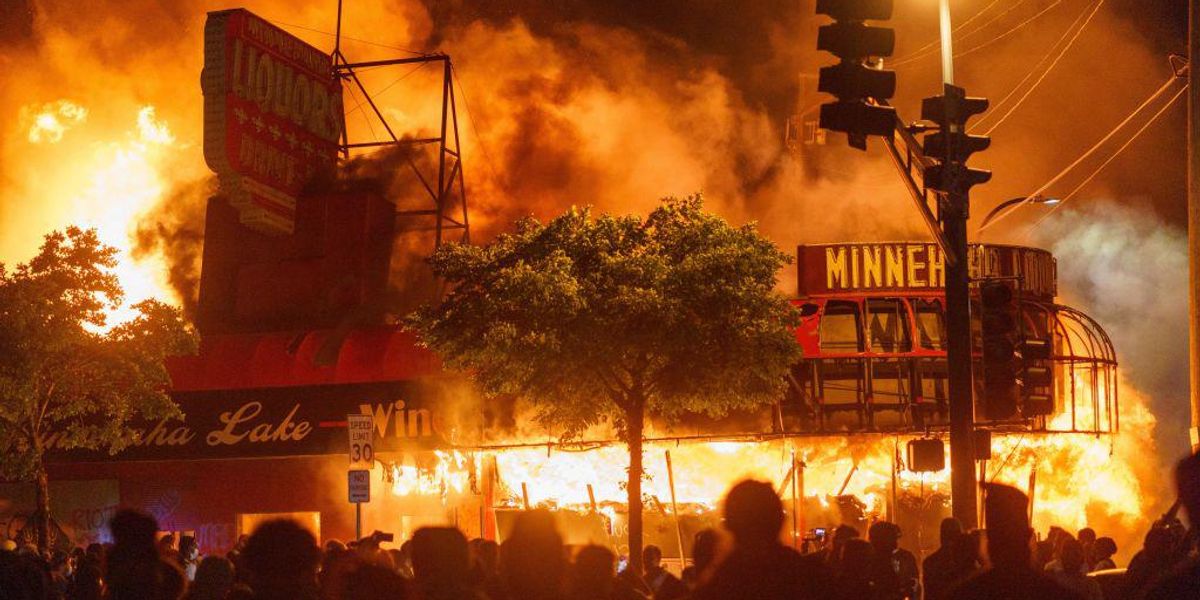 A music composer, who is a liberal, was branded a “racist” and a “white supremacist piece of garbage” by woke critics because he spoke out against arson on social media. The cancel culture mob has reportedly been successful at destroying the musician’s professional career for the crime of tactfully pointing out that violent riots are self-defeating.

Daniel Elder is a 34-year-old composer based in Nashville, who won the Abbey Road Studios Anthem Competition in 2011 for his debut commercial album, “The Heart’s Reflection.” Elder claims that he has been blackballed by his publisher and choral directors refuse to work with him over potential backlash from a post he made on social media over a year ago.

During the George Floyd protests last summer, Elder was concerned about the rising tide of violent riots. On May 30, 2020, the riots hit close to Elder’s home in Tennessee. Criminals damaged over 30 buildings, the city’s historic courthouse was set on fire, rocks were hurled at law enforcement officers, and police cruisers were destroyed after a Black Lives Matter-inspired protest escalated into a full-scale riot.

“I saw a mob mentality around my own friends, and I worried that was what was happening on the outside, too,” Elder told Reason.

Elder, who had always considered himself center-left, received a tidal wave of hate from progressives over his post against burning down the city of Nashville. He was called a “racist” and a “white supremacist piece of garbage” by the outrage mob, despite Elder supporting police reform and opposing racism.

“I am a choir director and department head for the music department for a private school in Ohio,” one commenter demanded. “I want to inform you that your rhetoric surrounding the recent protests is unacceptable and my school will not be programming your music unless and until a public apology is issued.”

Another critic said, “Hope that you find a way to lose that hate in your heart.”

“Do some research and maybe some inner reflection and maybe figure out where your racist tendencies are coming from,” another person proclaimed. “You are canceled. Black lives matter!”

Some people who enjoyed Elder’s music vowed that they would never listen to it ever again.

“I’ve relatively recently become aware of your work and have enjoyed your compositions for their sensitivity and artistry,” a former fan wrote. “However, after learning of your insensitive comments on social media, however perceived as misunderstood, I’ve decided to unsubscribe from your [YouTube] channel and will no longer recommend your compositions to colleagues.”

Within 24 hours, the blowback from the seemingly innocuous post reached Elder’s publisher – GIA Publications, which is one of the biggest publishers of hymnals and religious music, plus it is affiliated with the Roman Catholic Church. On the morning of June 1, GIA president Alec Harris and media editor Susan LaBarr contacted Elder about issuing an apology over his social media post.

The company had already crafted an apology for Elder, which reads:

Over the weekend I made a post on my social media accounts that was insensitive and wrongly-worded. I deeply apologize for the anger, offense, and harm that this post caused. While this offense was not intended, it is what was created. For this I am truly sorry.

There is no justification that I can offer for my post. So, rather than try to offer an excuse for what was done, I offer a promise for what I will do going forward. I commit to making amends and to dialogue. I commit to continue educating myself about privilege and bias. I commit to continue seeking an understanding of the experience of others, especially the Black community. I know that working for justice requires that we each first act justly. My work begins now.

LaBarr allegedly told Elder that while “we know that you write music that promotes social justice,” this was not clear to people who had read the Instagram post.

“We’re feeling time pressure on this as some people are calling for boycotts,” added LaBarr. “It’s all very heavy.”

Elder refused to apologize for his words.

“I chose to be that guy who didn’t issue the apology,” he told Reason. “Things went from there and it wasn’t good.”

Within hours, GIA denounced Elder and announced they would no longer publish Elder’s work unless he “takes steps to publicly and appropriately address this situation.”

The views expressed in composer Daniel Elder’s incendiary social media post on Sunday evening do not reflect the values of GIA or our employees. GIA opposes racism in all its forms and is committed to do what Michelle Obama called “the honest, uncomfortable work of rooting it out.” Therefore, we will suspend future publishing with Daniel until he takes steps to publicly and appropriately address this situation. We are grateful to those who brought this to our attention and to all who continue to hold individuals and organizations to account.

Reason reached out to Harris and LaBarr “to a request for clarification as to which aspect of Elder’s anti-arson agenda they oppose,” but both executives at GIA did not respond.

Local choral directors disassociated with Elder. The composer lost friends, colleagues, and fans over the so-called “controversy,” which negatively affected his mental health. After he was canceled, Elder started seeing a therapist and a psychiatrist, and said he has needed to be “talked off the ledge” several times. He has struggled to compose new music after being a victim of cancel culture.

“My artistic wellspring is capped,” Elder said. “I think it will come back, but things have remained in quite a rough place after all this happened.”

“I believe these platforms are encouraging a very dangerous division among us—a divide that is exponentially growing year-by-year—something very much out of line with what I strive to achieve as an artist,” Elder wrote on his website. “I am extraordinarily grateful for the following I have achieved in only eight years as a professional composer. Social media was valuable for advertising, but I’ve learned over the past decade that it isn’t the path towards musical and commercial success—it is merely an illusion.”

Elder said the social media platforms are causing harm to “our cultural and political relationships.”

He added, “For me the cost of social media has finally outweighed its benefits.” Elder said, “I achieved all my major successes entirely offline and you can too.”

Elder now only uses YouTube, but turns off comments on his videos.

The saga of having his professional life being robbed from him by progressives has shifted his political compass.

“Because I was exiled, I started listening to voices on the right and the center, especially these classical liberals who have been exiled from the leftist movement,” Elder told Reason. “The strange silver lining is this shook me out of my prejudices a little bit.”

‘Hello, Mr. Register, Sir . . .’
Ukraine and Poland Stick Together, as Biden Defers to Merkel on Putin’s Pipeline
WISING UP: More than 1 out of 4 unvaccinated Americans believe experimental vaccines are more dangerous than COVID-19
La. state senate votes to override veto of bill that would bar biological males from girls’ school sports
An Orwellian Kodak Moment