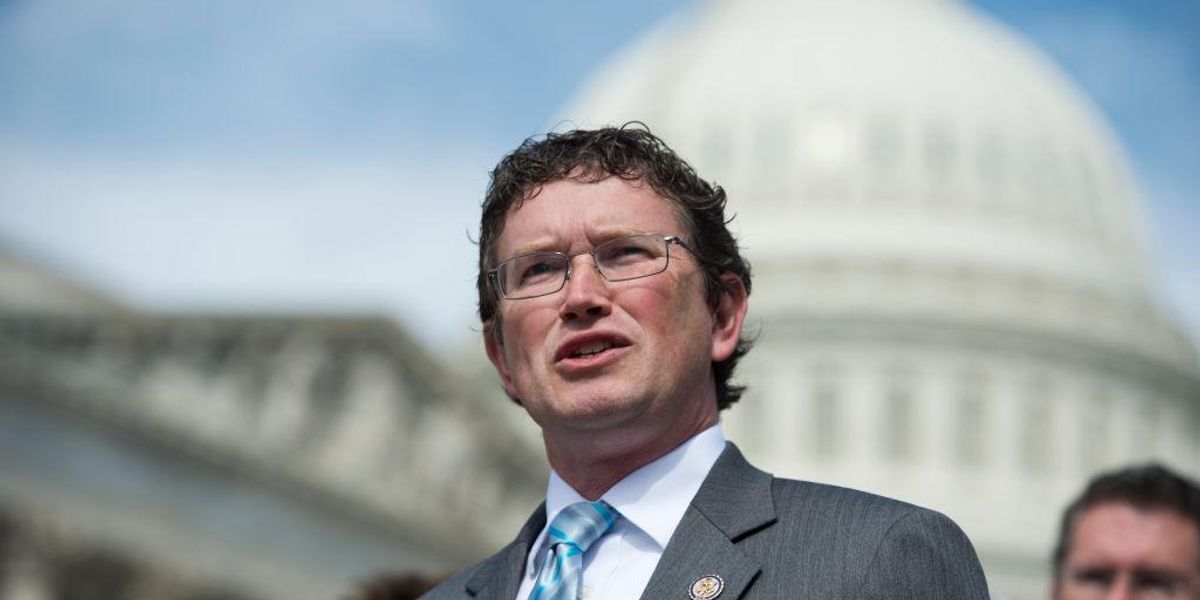 Rep. Thomas Massie (R-Ky.) shut down a reporter who demanded to know the congressman’s vaccination status during a press conference. Massie also blasting Dr. Anthony Fauci and the Centers for Disease Control and Prevention for an alleged “coverup” of natural immunity.

While advocating that Americans get the coronavirus vaccine, Massie also touted the effectiveness of natural immunity, adding that the critical voices in U.S. health have downplayed “natural protection” to those who had already been infected with COVID-19.

“One of the biggest scandals during this whole pandemic is the coverup that’s been committed by Dr. Fauci and the [Centers for Disease Control and Prevention] — especially the CDC — about the effectiveness of immunity that’s conferred after a natural infection, after you’ve recovered from [COVID], they’ve completely ignored that,” Massie said during a news conference earlier this week. “They want everybody to get vaccinated, even those who don’t need [to be] vaccinated.”

“I’m not saying go out and get the virus instead of getting the vaccine. The vaccine can save lives, it’s certain,” Massie stated. “But there’s no need…to get the vaccine if you’ve already recovered from COVID. There’s no need to expose yourself to that danger.”

Massie referred to a five-month study from the Cleveland Clinic on 52,238 employees, which found that “none of the previously infected employees who remained unvaccinated were re-infected over the duration of the study.”

The CDC website states: “Getting COVID-19 may offer some natural protection, known as immunity. Current evidence suggests that reinfection with the virus that causes COVID-19 is uncommon in the 90 days after initial infection. However, experts don’t know for sure how long this protection lasts, and the risk of severe illness and death from COVID-19 far outweighs any benefits of natural immunity.”

A reporter asked Massie if he had been vaccinated, to which he barked back, “Well, first of all, it’s none of your business, but I’m gonna tell you.”

“I’m not vaccinated, and until there’s some science—by the way I have a master’s of science degree from MIT, I’m not a virologist but I can read data,” the congressman, who earned a master’s degree in mechanical engineering from the Massachusetts Institute of Technology, said. “Everybody just needs to read. Don’t put your head in the sand. Look at the data.”

“I’m not gonna get the vaccine until there’s data that shows that it will improve upon the immunity that’s been conferred to me as a result of a natural infection that I had,” Massie explained.

In August 2020, Massie announced that he had recovered from COVID-19 and tested positive for antibodies, which prompted him to donate plasma.

Massie made his comments during a press conference about the House Republican-sponsored Fire Fauci Act, which reduces the salary of Fauci, the director of the National Institute of Allergy and Infectious Diseases, and calls for an examination of his correspondences and expenditures during the COVID-19 pandemic. Fauci is the highest-paid federal government employee, reportedly raking in $417,608 in 2019.