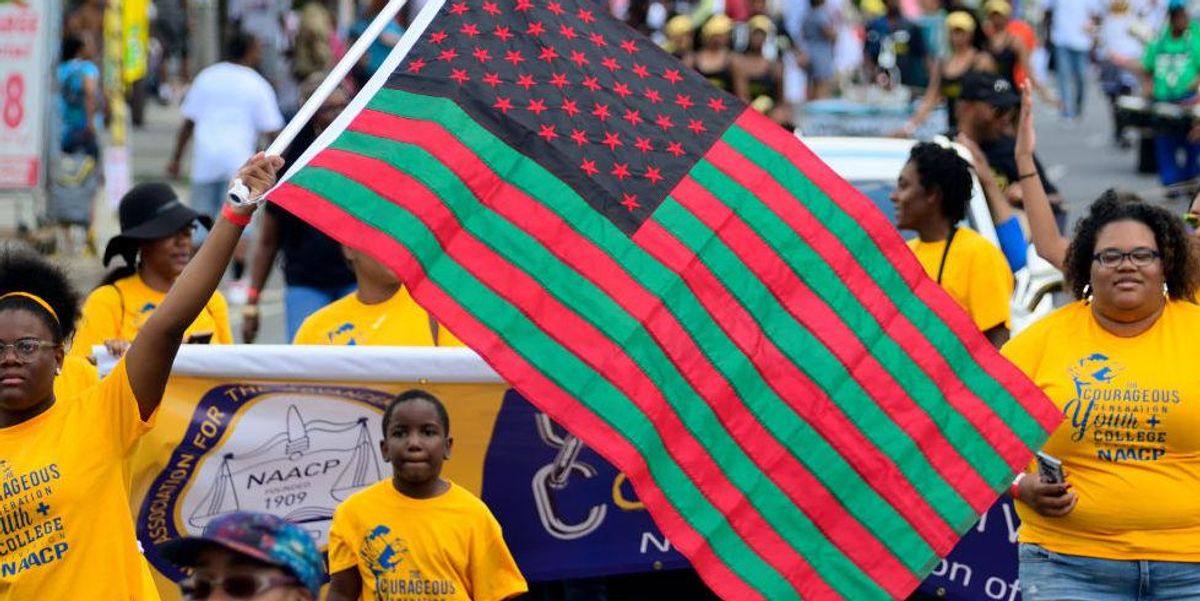 Evanston, Illinois, the Chicago-suburb that made history this year by officially approving a reparations program, held a public Juneteenth celebration Saturday — but has canceled its July Fourth celebration.

There will also be a Gay Pride parade next Saturday, June 26.

The city, however, has canceled its July 4th live celebration over COVID-19, and has not indicated that it will hold similar festivities to honor America’s birthday.

My home town of Evanston, Illinois is having a Juneteenth Parade and a Gay Pride Parade, but is cancelling the 4th… https://t.co/mrfp1KsFZU

The Evanston Fourth of July Celebration explained in late March:

Based on concern for public health due to the unpredictability of the pandemic’s impact, vaccination rates, and in cooperation with our local authorities, the Trustees of the Evanston Fourth of July Association voted to cancel the Fun Run, Parade, Palatine Concert Band performance and Lakefront Fireworks show on July 4, 2021. However, we are committed and already working toward an Independence Day celebration that will be safe, creative and build community.

Monthly podcasts began in late 2019 titled “Celebrating a Century –The 4th of July in Evanston which will continue and can be heard on your personal devices. If guidelines allow, the Association plans to conduct the traditional morning games and activities in the parks and schools. The 2020 Virtual 4th of July celebration with a parade, concert and fireworks is ready to be replayed. The Celebration Team is considering mini concerts, roving entertainment, neighborhood art and decoration projects to provide the community with a day to remember.

Evanston grabbed headlines earlier this year after approving the nation’s first reparations program. The city will distribute $10 million over the next decade.

The program will officially begin distributing funds in the form of $25,000 payments “to a small number of eligible Black residents for home down payments, mortgage payments or home repairs,” WLS-TV reported.