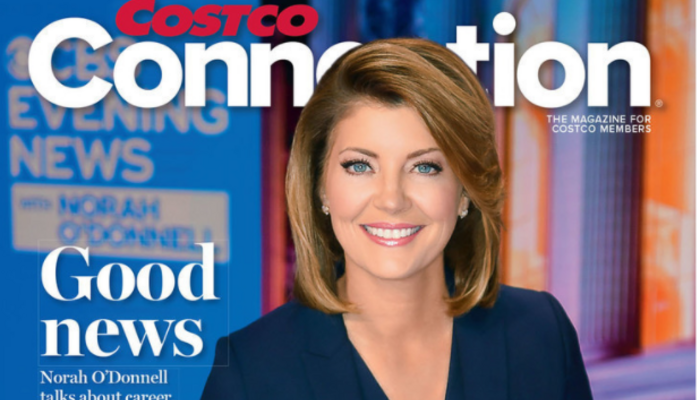 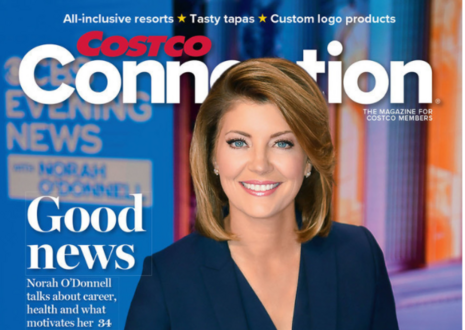 Some journalists live in an alternate universe where, despite the facts and daily evidence, they continue to deny the truth of a corrupt liberal media. You can’t escape this arrogant talking point, not even while shopping at Costco. CBS Evening News anchor Norah O’Donnell appeared on the cover of the June Costco Connection, the free magazine for Costco members.

Turning reality upside down, O’Donnell falsely insisted, “We are a fact-based, neutral broadcast that relies on the support and trust of our audience, no matter their political beliefs or ideology.”  Later she boasted that her goal is to “be the most trusted woman in news.”

Some channels out there are interested in affirmation. We’re interested in information. My job is to make sure that people trust that I’m a fair journalist. I may ask tough questions, but they are fair questions.

O’Donnell is anything but “fair,” “neutral” and “fact-based.” Here’s a few of her attacks on conservatives and Republicans from the MRC archives: She lobbied Chuck Schumer to “stop” Brett Kavanaugh’s nomination to the Supreme Court

“We know that if Brett Kavanaugh is confirmed, this will shift the balance of power on the Supreme Court for decades to come. Republicans control the majority. Is there anything you can do to stop this nomination?”
— Co-anchor Norah O’Donnell’s question to Democratic Senator Chuck Schumer as aired on CBS This Morning, July 10, 2018.

“Senator, you have been called ‘the Republican savior.’ Yesterday, you voted against the Violence Against Women Act. You’ve opposed repeal of ‘don’t ask, don’t tell.’ You opposed universal background checks for gun buyers. You’ve yet to introduce a bill on immigration reform. Is that the future of the Republican Party?”
— Co-host Norah O’Donnell to Marco Rubio on CBS This Morning, February 13, 2013.

Here’s how she gushed over “Uncle Joe” Biden:

“He’s [Joe Biden] really talking about the core values of this nation are at stake. I mean, he comes with a wealth of background and to take him on are what, essentially are issues like character….But apart from these [endorsements], this is Uncle Joe. You know? Regular Joe from Scranton, Pennsylvania and the rust belt states and the white working class voters that Democrats lost in the last election.”
— Co-host Norah O’Donnell on CBS This Morning, April 25, 2019.

“You always remember the person….that comes to your family member or friend’s funeral or calls you. And that’s what a lot of people say about Joe Biden, is that he’s that first person who calls and shows up at a family member’s funeral.”
— Co-host Norah O’Donnell on CBS This Morning, April 4, 2019.

Fair? Neutral? We don’t know what world Norah O’Donnell lives in, but it’s not the reality of America in 2021.

See below to read a partial transcript from the June Costco Connection issue. Click “expand” to read more.

Costco Connection: We are bombarded from so many different, and oftentimes unverified, media sources and sites. What role do you see yourself playing?

Norah O’Donnell: I think this makes CBS Evening News more important than ever. We are a fact-based, neutral broadcast that relies on the support and trust of our audience, no matter their political beliefs or ideology. That’s why everyone from Congressman Steve Scalise, who is one of the most conservative members in the U.S. House of Representatives, to President Joe Biden, has done interviews with me.

Some channels out there are interested in affirmation. We’re interested in information. My job is to make sure that people trust that I’m a fair journalist. I may ask tough questions, but they are fair questions.

CC How do you gain the public’s trust when so many out there seem distrustful of the mainstream media in general?

NO Well, one of the things I think we have to be careful about is remembering that the media is a vast landscape, right? We are broadcast journalists, which is a segment of the media. I think labeling the entire media as one thing is probably not fair to all the different members that make up larger media. Those of us that are on broadcast networks have a certain responsibility, which is to keep to the facts. This is why so many people still trust broadcast news.

Walter Cronkite famously said that “journalism is what we need to make democracy work.” I do believe that an informed electorate is at the heart of a functioning democracy. Journalism is in the service of an informed electorate, and that’s what we do on the CBS Evening News. We hold people in business, science, politics, and those who have enormous amounts of power, accountable. That’s why we do investigative pieces, exposing either corruption or abuse, and at the same time, we do stories that highlight the good things people do.

FLASHBACK: The Media Lovefest That Kicked Off Hillary’s 2016 Campaign
The Truth About How Baby Girls Are Being Exterminated In the United States…Are We Becoming China?
What Does “Woke” Mean?… Here’s The REAL Definition The Left Doesn’t Want You To See
‘Really failing our kids’: Number of underage murder suspects doubles due to ‘deficient’ juvenile criminal justice system, NYPD officials say
Rookie Georgia police officer resigns after department bars him from expressing views on traditional marriage