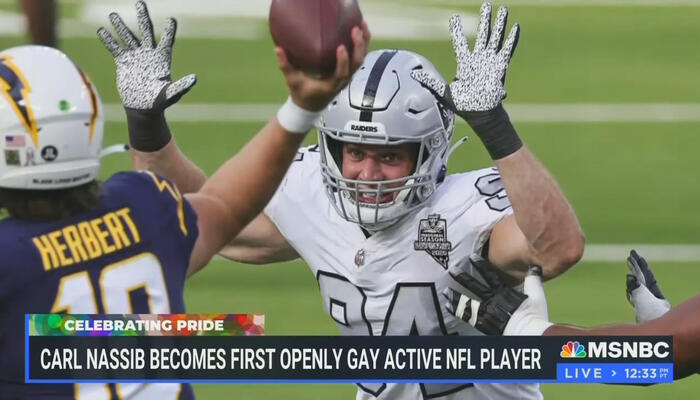 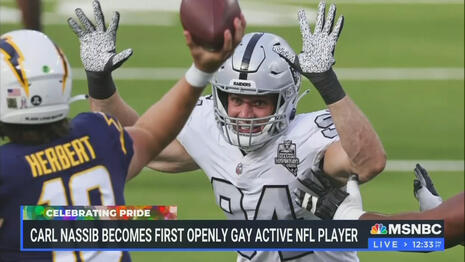 Get ready for the NFL and woke sports media to become even more unbearable. If you thought they were bad before, just wait until you see how they’re reacting to the first active NFL player in history to come out as gay.

Las Vegas Raiders defensive end Carl Nassib came out in an Instagram video on Monday to the cheers of LGBTQIABCDEFG sycophants. He said, in part:

…I just wanted to take a quick moment to say that I’m gay. I’ve been meaning to do this for a while now but finally feel comfortable getting it off my chest. I really have the best life, the best family, friends and job a guy can ask for.

I’m a pretty private person so I hope you guys know that I’m not doing this for attention. I just think that representation and visibility are so important. I actually hope that one day, videos like this and the whole coming out process are not necessary, but until then I will do my best and my part to cultivate a culture that’s accepting and compassionate and I’m going to start by donating $100,000 to the Trevor Project. They’re an incredible organization, they’re the number one suicide-prevention service for LGBTQ youth in America and they’re truly doing incredible things. I’m very excited to be a part of it and help in any way that I can and I’m really pumped to see what the future holds…

An NBC News Think piece hoped it “could be [a] turning point for male sports.” Yahoo! Sports columnist Dan Wetzel wrote “Why Carl Nassib becoming the NFL’s first openly gay active player matters so much.” An NFL.com columnist raved about “How Carl Nassib’s courageous announcement changed — and challenged — the NFL.” Newsweek called it a “big LGBTQ win during Pride Month.”

USA Today was especially celebratory. A USA Today video with reliable lefty Nancy Armour said the announcement “just changed the lives of many” and “will have an immediate impact on people across the world,” while a USA Today article emphasized, “’The NFL needed this’: How Carl Nassib’s coming out as gay can change football and society.” Mike Freeman’s USA Today column hyped, “Carl Nassib’s coming out doesn’t just make history. Raiders DL could save lives.”

USA Today’s For the Win morning newsletter similarly talked up the supposedly life-saving aspect of the story and called him a “hero:”

Nassib also instantly became a hero because his message and courage could very well help so many people and save so many lives.

What Nassib did on Monday was incredible and was rightly celebrated in the moment but it’s something that is likely going to have an huge impact on society for years to come.

Remember, this is the same media that glorified Michael Sam for being the first openly gay player to be drafted (he never played an NFL game) and Colin Kaepernick for being openly anti-police and anti-America, while hating on Tim Tebow for being openly Christian.

As for the NFL itself, the official twitter account (complete with rainbow NFL logo) tweeted Nassib’s video with the message, “The NFL family is proud of you, Carl.” 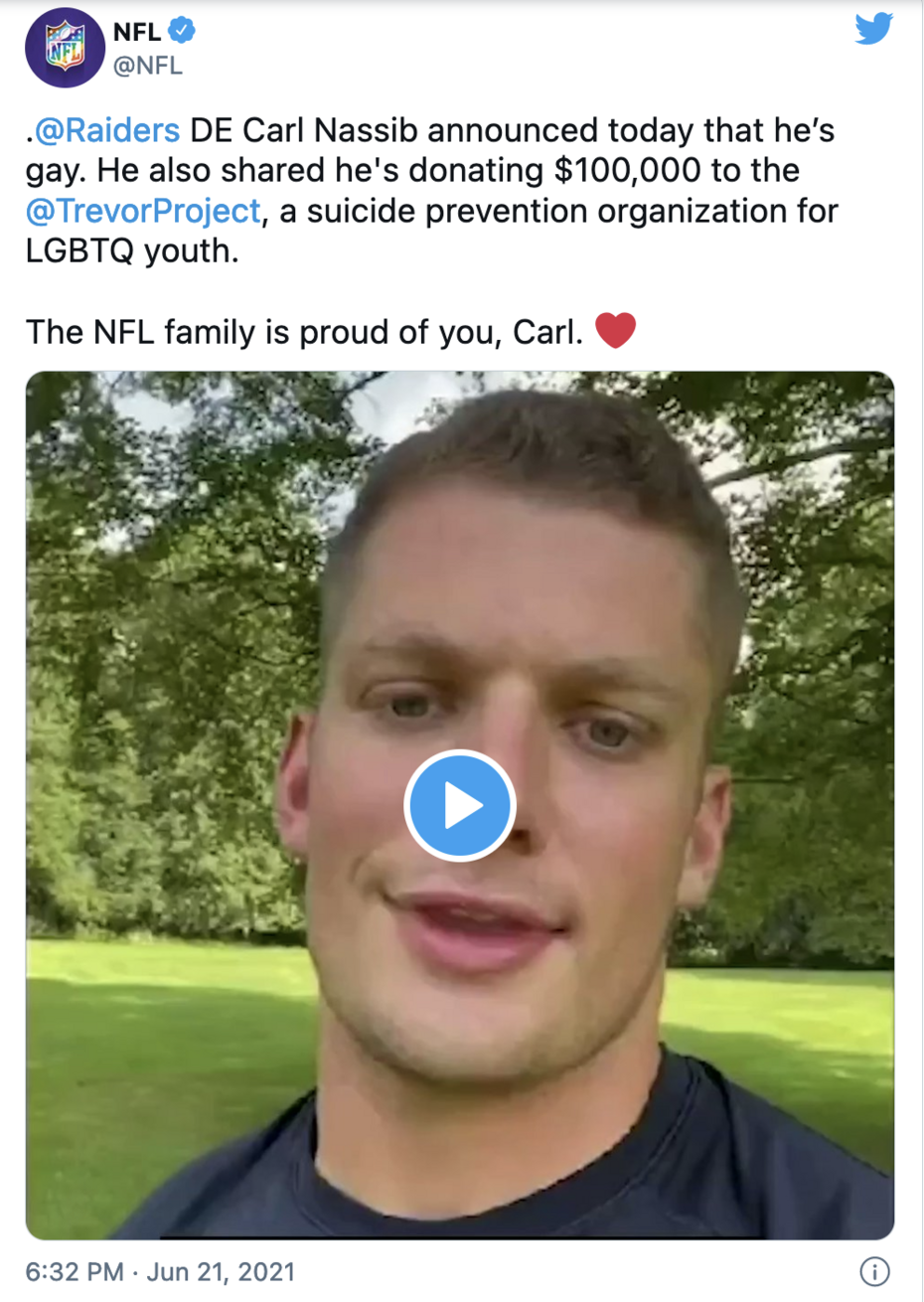 The Raiders twitter account also said, “Proud of you, Carl,” and several other teams as well as current and former NFL players tweeted their support.

“The NFL family is proud of Carl for courageously sharing his truth today. Representation matters. We share his hope that someday soon statements like his will no longer be newsworthy as we march toward full equality for the LGBTQ+ community. We wish Carl the best of luck this coming season.”

The NFL also announced it would match Nassib’s $100,000 donation to the Trevor Project.

The NFL has apparently learned nothing from the hemorrhaging of viewers in the wake of their embrace of Black Lives Matter social justice activism and has decided to double down with LGBTQ promotion. It’s a bold strategy, Cotton, let’s see if it pays off for ’em.