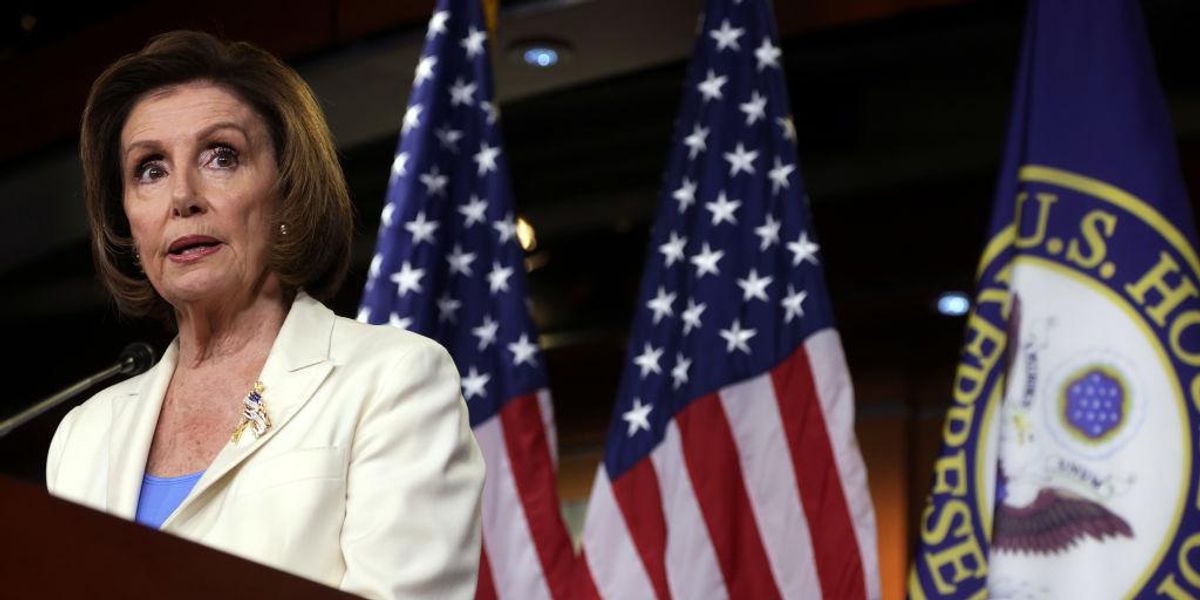 House Democrats are proceeding with yet another investigation into the Jan. 6 riot at the U.S. Capitol after Republicans blocked legislation to establish a 9/11-style commission last month.

Speaker Nancy Pelosi (D-Calif.) on Thursday announced plans to form a select committee to investigate the events of Jan. 6, emphasizing her view that such an investigation should be “complementary” to a future bipartisan commission.

“This morning, with great solemnity and sadness, I am announcing that the House will be establishing a select committee on the January Sixth insurrection,” Pelosi told reporters during her weekly press conference. “Jan. 6 was one of the darkest days in our nation’s history … it is imperative that we establish the truth of that day and ensure that an attack of that kind cannot happen and that we root out the causes of it all.”

.@SpeakerPelosi: “This morning, with great solemnity and sadness, I’m announcing that the House will be establishin… https://t.co/8VNrSakGdn

A bipartisan bill that would have created a 10-member commission equally split between Republicans and Democrats was filibustered in the U.S. Senate by the GOP minority. Republican leadership argued the commission would be “duplicative” and “potentially counterproductive” given ongoing bipartisan investigations into the events of Jan. 6 by various House and Senate committees and the criminal investigations conducted by U.S. law enforcement. Senate Minority Leader Mitch McConnell (R-Ky.) said the commission would be a “purely political exercise” and lobbied his colleagues against the bill.

Democrats were infuriated by the Republicans’ actions and accused them of attempting to cover up what happened on Jan. 6 out of loyalty to former President Donald Trump, whom they blame for inciting the violence.

Republicans countered that a new commission would be used by Democrats as a political weapon to attack Trump supporters ahead of the 2022 midterm elections.

The select committee will combine the various House investigations into the Jan. 6 riots into a single effort to examine how a mob of Trump supporters was able to enter the Capitol building in an attempt to stop a joint session of Congress from certifying President Joe Biden’s Electoral College victory.

Pelosi did not announce who will lead the committee or name the Democrats she will appoint to serve on it. “I will make those announcements later,” she said.

Asked by reporters about Republican participation on the committee, Pelosi said that she hopes House Minority Leader Kevin McCarthy (R-Calif.) “will appoint responsible people to the committee.”

When reports on Wednesday indicated Pelosi would move forward with the select committee plan, McCarthy was dismissive of the effort, saying, “I’m sure it will be political because that’s the whole way that she’s handled it.”

Massive great white shark decapitated diver in first fatal attack of 2023: Report
DACA Was Always Unconstitutional
Can this be legal? California Dems planning ‘wealth tax’ that applies even if wealthy flee to another state
Pro-life protester arrested at gunpoint by FBI found not guilty of FACE charges by jury
Bill Maher pushes back when Bryan Cranston declares critical race theory ‘essential’ to be taught in schools