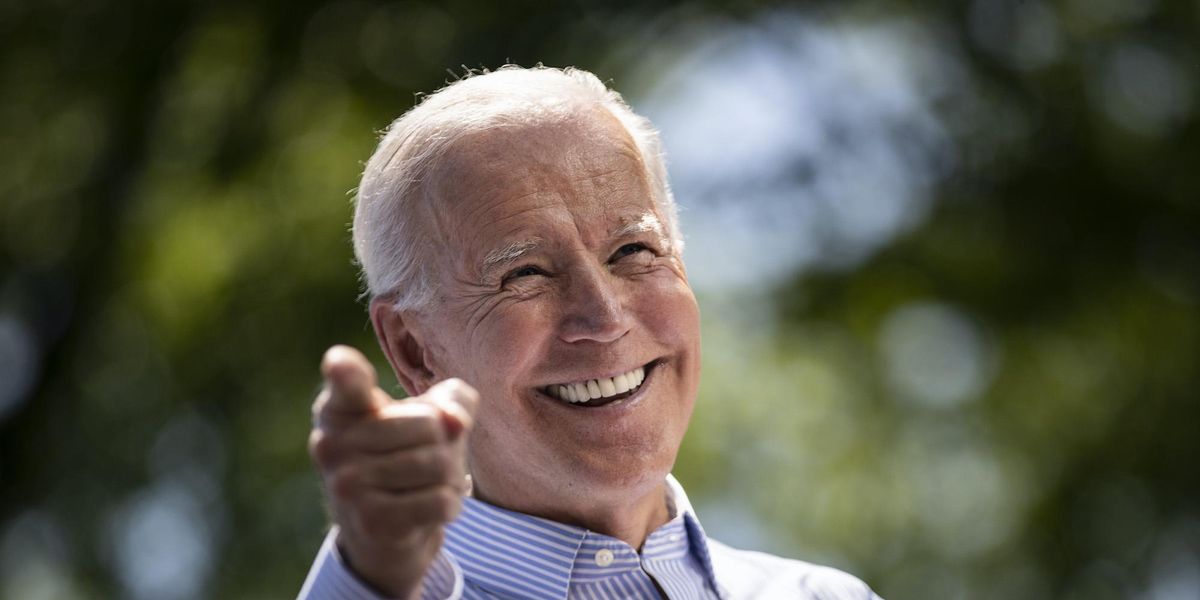 President Joe Biden (D) was ridiculed Thursday when he claimed that “Latinx” people were afraid of getting vaccinated because they didn’t want to get deported.

Biden made the comments during remarks in Raleigh, North Carolina, where he was encouraging Americans to get vaccinated.

“It’s awful hard as well to get Latinx vaccinated as well. Why? They’re worried they’ll be vaccinated and deported,” the president said.

Biden was immediately mocked and ridiculed for using the far left politically correct term for Latinos, “Latinx,” and for implying that all Hispanics were illegal immigrants who were living in the shadows.

“Latinx” is used by many on the far left to make the word more inclusive of transgender people, but it is rejected by the vast majority of actual Latinos.

“Mr. President @JoeBiden, please show more respect for the Latino community in the United States. We are Latinos, not “Latinx”. On the other hand, Latinos are not ignorant fools who think that a vaccine equals deportation,” replied El American editor Emmanuel Rincon.

“This p***ejo needs to go. First, Latinx is a term invented by Anglos colonizing the Spanish language. Secondly, the vast majority of us Latinos in Norteamerica are not illegal immigrants,” responded C.J. Carella, who added some choice expletives in Spanish.

“Where are my reparations for being called an illegal immigrant Latinx?” joked another Twitter user.

Others noted that Biden made a second gaffe during the brief statement about vaccination in people of color.

“There’s a reason why it’s been harder to get African Americans initially to get vaccinated. Because they’re used to being experimented on. Tuskegee Airmen and others,” Biden said.

The president had confused the famed Tuskegee Airmen, the first African American Army Air Corps that fought in World War II, and the shameful Tuskegee experiment decades later that was conducted in secret on African Americans.

“Confusing the Tuskegee syphilis study with the Tuskegee Airmen shows he probably never knew about it until being prepped for these remarks,” responded Lyndsey Fifield of Heritage.

“The cringe is off the charts,” she added.

Third-biggest egg farm in US catches fire, 21 fire departments respond to huge blaze that likely killed thousands of chickens
China Is Now Covering Project Veritas’ Investigation Into Pfizer
Old Man Biden Starts Shouting Out of Nowhere During Speech in New York (VIDEO)
We Are Not ‘At the Brink of World War III’ — At Least Not Yet
Trump Exposed His Fear of DeSantis in 2024