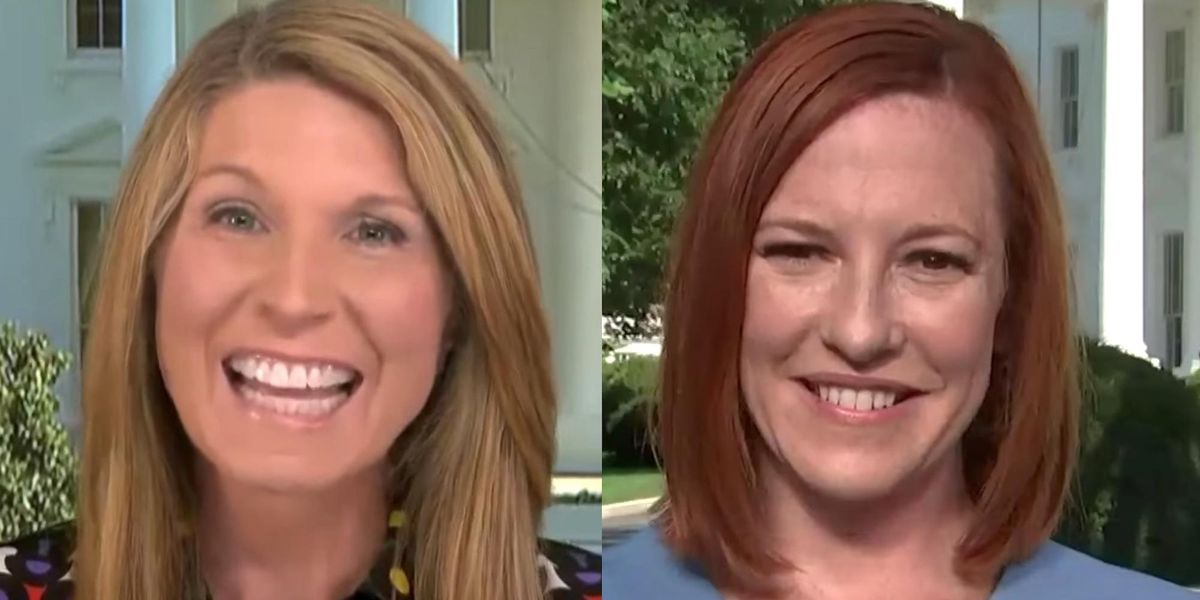 MSNBC host Nicolle Wallace gushed over White House press secretary Jen Psaki in an embarrassing segment where she claimed that most White House correspondents liked Psaki and looked up to her.

Wallace made the comments in an interview with Psaki on Thursday.

“I’ve walked in similar shoes to the ones you walk in now,” said Wallace, who formerly worked as communications director for President George W. Bush’s administration.

“How do you feel like it’s going? you get such high marks from the vast majority of the people in that room,” she continued. “You spar a little bit with some of the president’s detractors, but I’m sure privately they give you grudging respect. How do you feel it’s going?”

“As you know, it’s the job of reporters and members of the media to push me and push us when we need to give more information, when something doesn’t make sense and that’s part of democracy working in my view,” Psaki responded.

“Stand your ground is my only advice for you,” she said.

Wallace had previously made headlines when she asked how reporters keep from “wringing” the neck of former White House press secretary Sarah Huckabee Sanders during the Trump administration. She also used an expletive to refer to Fox News host Laura Ingraham and her guests in 2019.

CNN’s Brian Stelter had similar high praise for Psaki during an interview on his show, “Reliable Sources,” prompting many to criticize him for revealing his bias.

“Like, hey motherf***er, you’re supposed to be a journalist!” commented Joe Rogan later on his podcast.

Here’s part of the MSNBC interview with Psaki:


Jen Psaki Asks What Republicans Are Afraid Of On Voting Rights