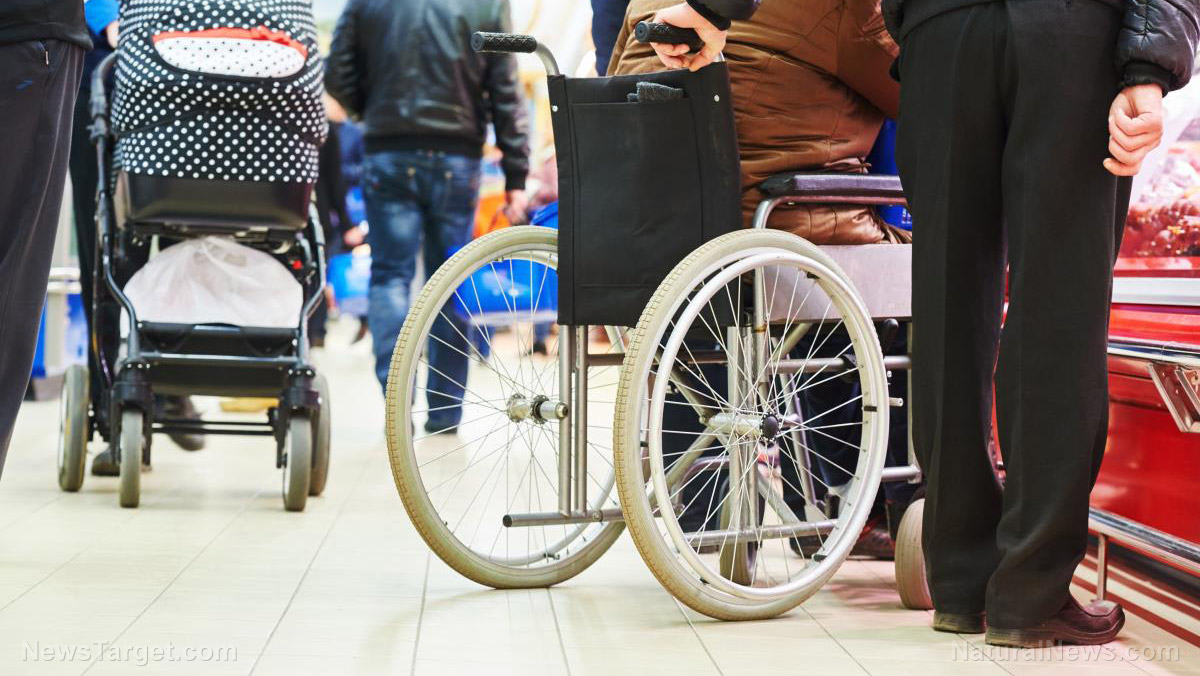 Even though the Food and Drug Administration (FDA) has granted them emergency use authorization (EUA), Chinese Virus injections are maiming and killing people, many of whom never get the chance to tell their stories because the mainstream media is complicit in the coverup.

The meeting was held at the Federal Courthouse in Milwaukee, where families from across America gathered to talk about the serious adverse reactions they suffered after getting jabbed. Those who died from the shots obviously did not make an appearance.

Sen. Johnson went on to cite a recent op-ed published in The Wall Street Journal that highlights the “large clustering” of vaccine injuries that are now being widely observed following injection for the Chinese Flu.

“I would agree,” Sen. Johnson stated about the premise of the op-ed, which called the sheer number of post-injection injuries “concerning.”

“And then they list four [serious adverse events] that follow that pattern of clustering immediately following vaccination in their listing: low platelets, non-infectious myocarditis, deep-vein thrombosis (the clotting), and death.”

Different families took their turn explaining before the public how Wuhan Flu shots destroyed their own health or that of a loved one. One mother broke down into tears explaining how her young daughter experienced a serious adverse event after getting jabbed.

You can hear her testimony in the video below at around the 31:40 mark:

What’s the point in getting a Wuhan Flu shot?

These and many more testimonies that were not heard prove that getting jabbed for the Fauci Flu is not a safe bet by any stretch of the imagination. It is also not a very smart bet, seeing as how contracting the alleged virus and actually getting sick or dying from it is highly unlikely.

The vast majority of people, had they never been told about the Chinese Flu in the first place, likely would have gone on with their lives as normal last year without a care in the world. Only because the government and media hyped up the fear did everything spiral into hysteria.

Now, people are lining up for experimental injections that do far worse than any virus ever could. Many are now confused as to why they were pushed to get jabbed when doing so ultimately left them injured and maimed.

“People are easily conned and replace experience-based reality with fear-based delusions that are fed to them as ‘reality’ by the mainstream media,” wrote one commenter at 100percentfedup about this bizarre phenomenon.

“They probably thought they were bravely ‘doing their part’ for the good of humanity. I only hope this kind of thing not only wakes up the parent to this propaganda, but all propaganda being fed through the MSM.”

Others noted that they are more than fine taking their chances with the Chinese Virus, which has an almost 100 percent survival rate.

“The best part of this governmental sponsored genocide is that you get to pay full freight for all the harm the liars inflicted on you,” commented another, making a very good point about who ultimately pays the price in all this: the injected.

More related news about the injuries and deaths stemming from Chinese Virus injections can be found at ChemicalViolence.com.