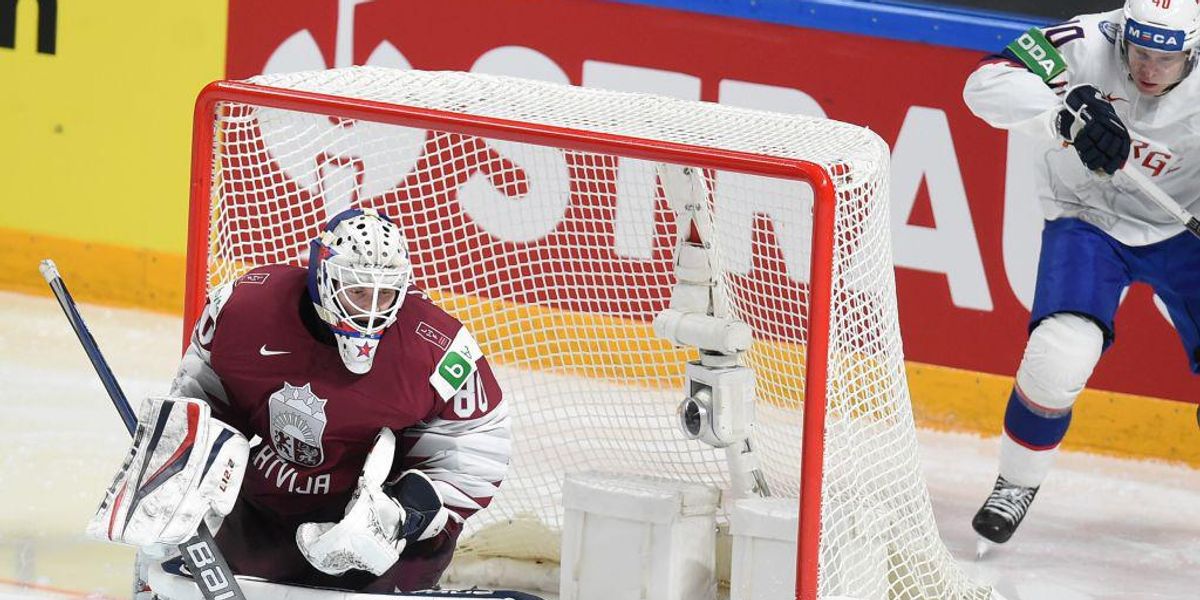 Matiss Kivlenieks, who played as a backup for the NHL’s Columbus Blue Jackets, died on Sunday night in what authorities are calling a tragic fireworks mishap.

According to police reports, Kivlenieks was partying with friends in a hot tub in Novi, Michigan on Sunday night when a “mortar style” firework tilted off its axis and began to fire at people nearby. Initial reports indicated that Kivlenieks was fleeing from the fireworks when he fell and struck his head; however, the Oakland County Medical Examiner’s Office has since revealed that Kivlenieks died of chest trauma from the firework explosion.

In a statement provided to Fox News, Lt. Jason Meier of the Novi Police Department said, “At the moment, we’re pretty certain this was a tragic accident.”

The incident reportedly happened shortly after 10pm local time in Michigan. Kivlenieks was 24.

Kivlenieks had played in a total of eight NHL games over the course of his career since he signed with the Blue Jackets as a free agent in 2017, including two last year. He also goaltended for the Latvian national hockey team in the IIHF world championships. ESPN reports that Kivlenieks was “expected to compete for more playing time next season” with the Blue Jackets.

The Blue Jackets’ president of hockey operations John Davidson released a statement on his passing, noting, “We are shocked and saddened by the loss of Matiss Kivlenieks, and we extend our deepest sympathies to his mother, Astrida, his family and friends during this devastating time. Kivi was an outstanding young man who greeted every day and everyone with a smile and the impact he had during his four years with our organization will not be forgotten.”

The Latvian Hockey Federation also released a statement which called Kivlenieks’ passing “a great loss not only for Latvian hockey but for the entire Latvian nation.”

Pennsylvania police say family of three found dead in their backyard had a murder-suicide pact, daughter had posted bizarre videos online
Armed thug picks wrong man to rob on Chicago train — a concealed carrier who pulls out his own gun and shoots suspect
Australian homeowners should pay weekly land tax to indigenous people for ‘200 years of unchecked genocide,’ say senator and activists
There have been 275 attacks on Catholic churches since May 2020: Report
Reporter tries to connect gas prices and race — but Energy Secretary Granholm refuses to buy it