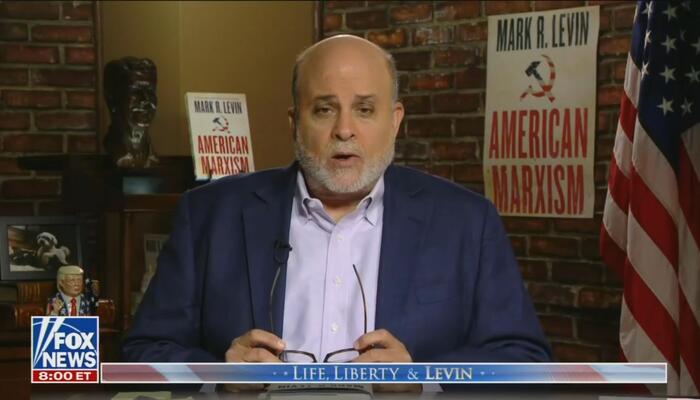 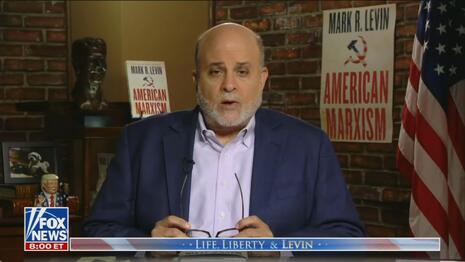 After all, the Post has media columnist Margaret Carlson, who calls Fox a “hazard to our democracy,” and spends her days figuring out how to get “the Fox News monster under control.”

Jeremy Barr is so bizarre that it’s somehow a terrible problem for Fox News that Levin would criticize Tucker Carlson for being an anonymous source for anti-Fox reporters like CNN’s Brian Stelter or Ben Smith of The New York Times.

Levin’s willingness to dump on his own colleagues has burnished his reputation as a sort of rogue independent who balks at the governing rules of the corporate media ecosystem — and a wild card who could end up playing a big role in the future of the conservative movement.

“You see, this isn’t a game to me,” Levin said on his radio show last Thursday. “I’m not positioning myself. This is deadly serious. The real world matters here.”

Levin was explaining his willingness to indirectly criticize his colleague Fox host Tucker Carlson after New York Times media columnist Ben Smith revealed that Carlson has been a key source for journalists who write about his company and about the Trump administration.

That didn’t sit well with Levin, who prides himself on rebuffing media reporters who approach him for comment. “I’ve been in this business almost 20 years,” Levin said. “I worked in the Reagan administration for eight years. I never once — not once — leaked anything to a newspaper or media outlet, ever. Let alone the New York Times and their ilk. Certainly not about the people around me. I could go further into this — I’m not going to.” (Levin did not respond to an emailed request for an interview for this story.)

Doing what Carlson was reported to have done is “a serious misunderstanding of one’s role, of loyalty, and character,” Levin said.

We can’t say that Tucker Carlson is attacking Fox News — “dumping on his own colleagues” – by giving anonymous interviews to reporters like Stelter who want Fox removed from cable television. We don’t know…because he’s speaking anonymously. But to Barr and the Post, the man who speaks on the record is the real subversive. Barr begins the article by insisting Fox boss Roger Ailes had the rule ”no shooting in the tent.” But that’s okay if you’re shooting anonymously?

Barr unspooled a list of these troubling Levin remarks, no doubt gleaned from professional “ban the Fox monster” websites, like Levin didn’t like moderator Chris Wallace demanding Donald Trump denounce white supremacists at a 2020 presidential debate, when he didn’t ask Biden to denounce anyone.

Barr complained “he framed his criticism as truth-telling.” Unlike the Democracy Dies in Darkness paper.