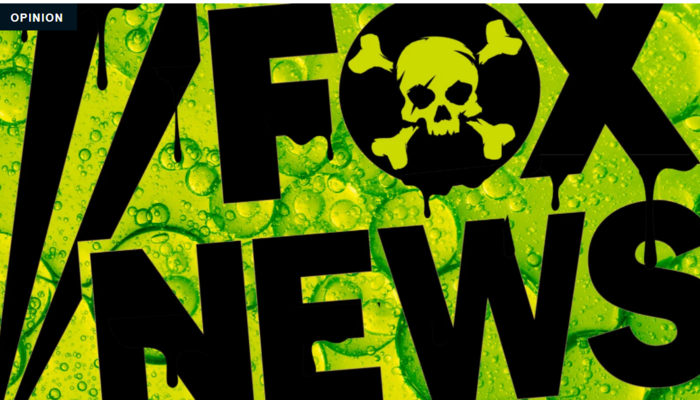 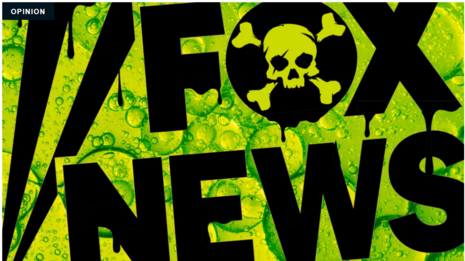 The Daily Beast, one of the media’s most fervent bashers of Fox News, found an old Murdoch executive to pen a very Stelteresque hit piece of opinion titled “Former Murdoch Exec: Fox News Is Poison for America.” The subhead was “The Rupert Murdoch I worked for was brilliant, courageous, optimistic, and a gentleman. Which makes his bile-filled network all the more confounding.”

The exec is Preston Padden, a Washington lobbyist who hasn’t worked for Murdoch since 1997, and then worked for the liberals at Disney from 1998 to 2010.

Padden completely aped the Fox-is-poison talking points of Stelter. “Fox News is no longer a truthful center-right news network. The channel (especially the leading prime-time opinion programming) has contributed substantially and directly to: the unnecessary deaths of many Americans by disparaging the wearing of life-saving COVID masks.”

Padden links to Tucker Carlson mocking outdoor mask-wearers on April 26, 2021 — after 94 percent of COVID deaths had been counted.

He also claims Fox caused “the unnecessary deaths of many Americans by fueling hesitation and doubt about the efficacy and safety of life-saving COVID-19 vaccines,” but admitted “Fox News provided me examples of pro-mask/vaccine on-air comments, but in my opinion, they were heavily outweighed by the negative comments of the highly rated primetime opinion hosts.”

This one’s a real hoot: Fox makes “divisions in our society by stoking racial animus and fueling the totally false impression that Black Lives Matter and Antifa are engaged in nightly, life-threatening riots across the country”. Because all the other networks never stoke racial animus? Because BLM and Antifa riots are infrequent and ”mostly peaceful”?

Fox News was also responsible for “former President Trump’s ‘Big Lie’ that the election was stolen from him by providing a continuous platform for wild and false claims about the election.” This overlooks that Fox News called Arizona early, before all the other networks.

He also blamed Fox for the January 6 riot at the Capitol by continually promoting Trump’s “Stop the Steal” rally that day.

Padden concluded: “Over the past nine months I have tried, with increasing bluntness, to get Rupert to understand the real damage that Fox News is doing to America. I failed, and it was arrogant and naïve to ever have thought that I could succeed. I am at a loss to understand why he will not change course. I can only guess that the destructive editorial policy of Fox News is driven by a deep-seated vein of anti-establishment/contrarian thinking in Rupert that, at age 90, is not going to change.”

Naturally, all this delighted Brian Stelter, who put it near the tippy-top of his latest newsletter, complete with quote by CNN’s Oliver Darcy: “There is no turning back for Fox. Thinking otherwise is fantastical. The network made the decision long ago to head down a one-way street in search of profit. And its core viewership is now so radicalized that it’s impossible for it to revert back to its former self without alienating them.”

Woman accused of trying to kill doppelganger friend with poisoned cheesecake so she could steal her identity and return to Russia where she is wanted for murder of another woman
U.N. Announces Global Guidelines in Works to Censor ‘Disinfo’ Online
Black Out: Taxpayer Funded Canadian Theater Announces Black-Only Performances
‘Diversity, Equity, Inclusion and Social Justice’ course mandatory for SUNY students to graduate
NewsBusters Podcast: CNN Ratings Crash Matches Doubling Down on Bias