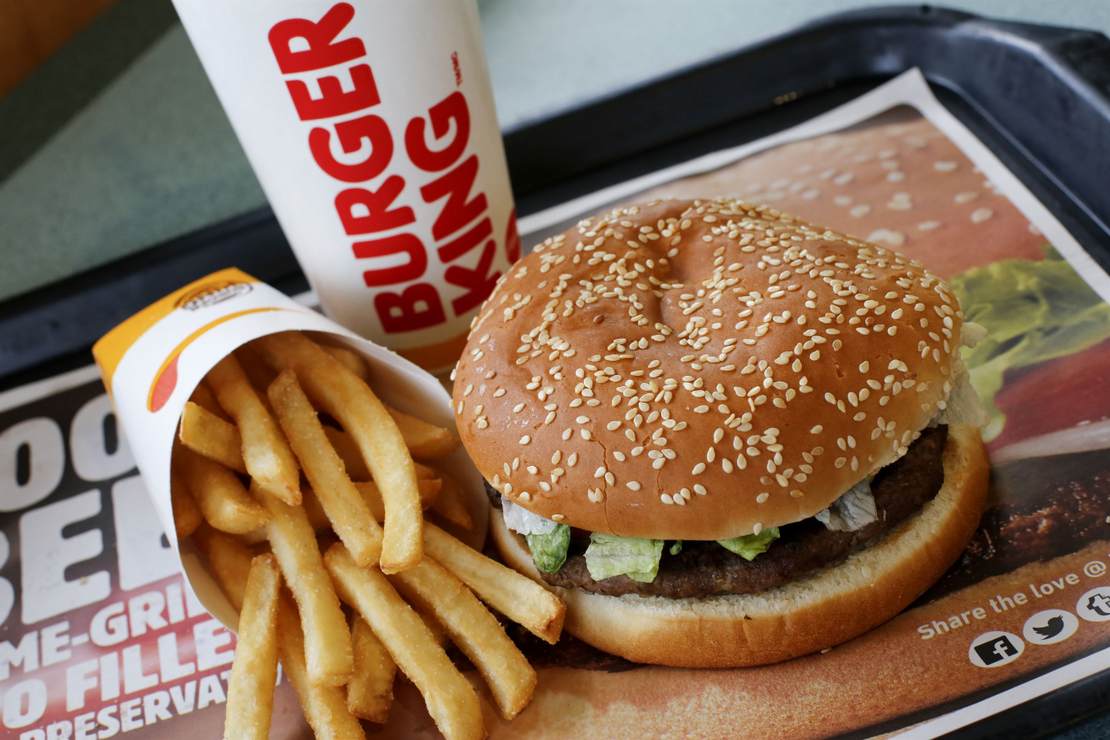 Veggie burgers are not a new concept. But until relatively recently, these tasteless monstrosities have never really tried to emulate the taste and texture of natural, all-American beef patties. But products such as the Impossible™ Burger and Beyond Burger® have become popular. These plant-based burgers have been around for a while, and I’ve been seeing them everywhere. During a recent trip to the supermarket, I got some ground beef to make burgers for the grill and saw these available for purchase. I’ve been intrigued by the promise that these are supposed to taste like real beef burgers, but I’ve never actually tried one. So, while I wasn’t about to buy a bunch of patties or even a pound of the stuff to test them out, I decided at the next opportunity where I could get one that I would try it.

I tried not to be embarrassed in the drive-thru. “This is all for science,” I told myself, and ordered this thing, paid, drove on to the next window, got the sandwich, and then found a parking spot to see if the sandwich truly lived up to the promise. Would it taste like a real burger?

I was admittedly impressed by the first bite. In my head, I still expected to taste something like those awful veggie burgers with beans and sawdust and such. But, on the first bite, it tasted like a Whopper. Of course, it’s been a long time since I’ve had a Whopper, but from what I could recall, this thing mimicked that experience reasonably well.

I took a close look at the actual patty. It didn’t look like a real burger, but it tried hard to. Color and texture were designed to match a real burger as much as possible.

Still, if you didn’t think much about it, it wasn’t the horrible experience I anticipated–but it wasn’t perfect. Of course, a standard Whopper is by no means a gourmet burger, and neither was this, but still, I expected worse.

Of course, it eventually occurred to me that maybe the bun and the toppings influenced the experience in some way. So, I broke off a piece of the plant-based patty and tasted it solo. Of course, it’s not the same as a real burger, but if you’re a vegetarian and want to experience something close, the Impossible™ Burger does make sense. But you’ll still miss the experience of that juicy meat flavor sealed in that layer of flame-cooked caramelization from a real burger experience.

In retrospect, I wish I’d bought an original Whopper and an Impossible™ Whopper to make a more proper comparison. The last fast-food burger I had was from Five Guys, which is so much better than anything you’ll get at Burger King or McDonald’s. But, since you can get these plant-based burgers in the supermarket, if you’re looking to cut out meat from your diet, it’s worth a try.

Ahhh, but there’s a rub. And I don’t mean a dry meat rub.

According to a Harvard study, the Impossible™ Burger and the Beyond Burger® sacrifice healthiness to replicate real beef hamburgers. Compared to 85 percent lean ground beef, the plant-based alternatives are comparable in calories, fat content, and protein. But plant-based burgers are loaded with sodium and are heavily processed. I’m supposed to be watching my sodium, so this is a big deal.

“If you love the taste of a burger, but find the sustainability of raising cattle hard to stomach, beefless alternatives that mimic the real thing are worth a try,” the Harvard study concludes. “Producing the newer, plant-based burgers requires considerably less water and generates substantially less greenhouse gas emissions compared with traditional beef burgers. This is certainly an important consideration for the well-being of our planet, but they may not be the best option for the health of our bodies.”

Bottom line: I’m glad I tried the Impossible™ Burger. It wasn’t entirely like a real burger, but an impressive effort nonetheless. Sure, I could get some ground plant-based “meat” from the supermarket and make something better than a Whopper at home on the grill, but with no real health benefit from eating plant-based burgers, what’s the point?

My healthy alternative to beef is ostrich meat, which is naturally lean, lower in fat, and still juicy and meaty.