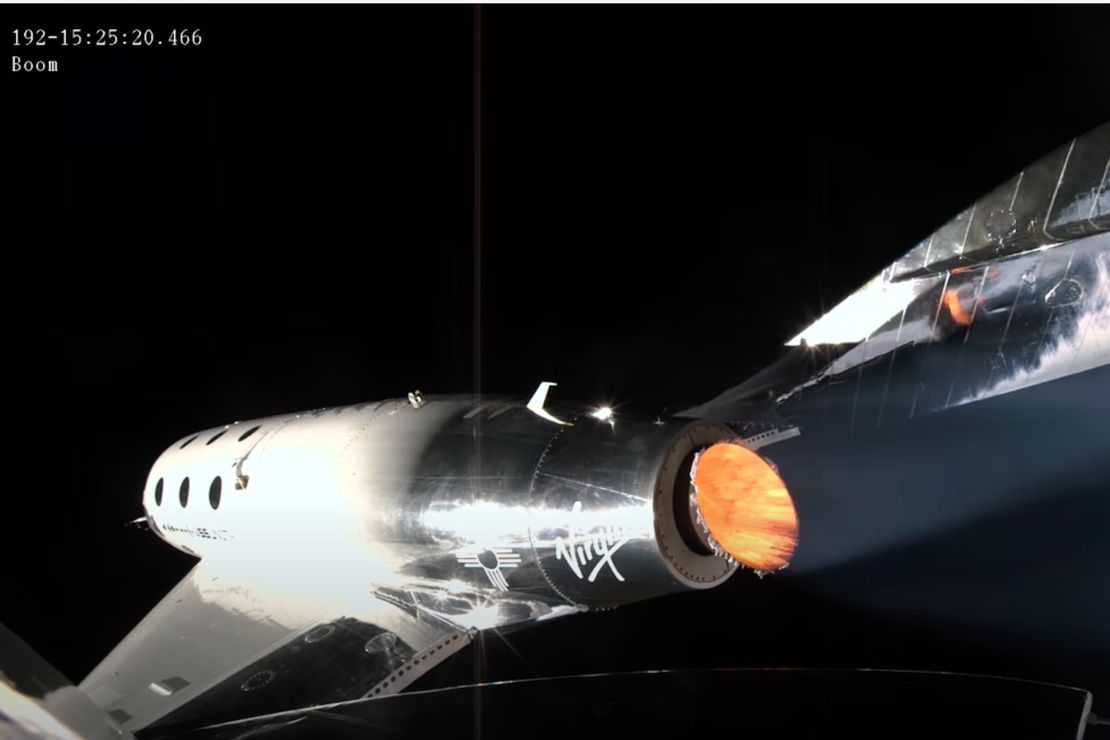 Before we get to the controversy and SpaceShipTwo’s retro-futurism, I must confess that this longtime space nut watched Sunday’s historic — or was it? — flight with more than the usual trepidation.

At last week’s Right Angle preshow meeting with Bill Whittle and Scott Ott (available to BillWhittle.com members only), Bill told us he’d just returned from an undisclosed location (somewhere in the Mojave) and shared with us a couple of tidbits about Branson, Virgin, and SpaceShip Two.

One I’m at liberty to tell you. The other, sadly, I’m not.

The first involved a couple of items, including the way Branson has run SpaceShipTwo’s development. He hasn’t exactly been hands-on, even though it’s the very spaceship he planned to ride himself into orbit.

That’s a serious issue, because in 2014, SpaceShipTwo VSS Enterprise blew up in flight, killing test pilot Michael Asbury. Peter Siebold was seriously injured and it’s a miracle he wasn’t killed, too. The NTSB concluded that pilot error, inadequate design safeguards, poor pilot training, and lack of oversight by the FAA factored into that fatal day.

Bill’s main concern was that SpaceShip Two just hasn’t flown often enough for the engineering teams to work out all the potentially fatal kinks. I watched yesterday’s launch fearful that an aborted flight with everyone landing safely, was the best possible outcome.

Sunday’s flight was an amazing thing to see, and not merely because it was an unqualified success.

The controversy I mentioned earlier is real: While most of the world defines the edge of space at 100km (62 miles) above sea level (the Kármán line), the United States defines it at lesser 80km (50 miles). Whether Enterprise reached space yesterday is a matter of opinion.

…hotshot pilots out in the desert, flying the latest spaceplanes without much “adult” supervision, is awfully reminiscent of the Air Force’s test pilot/test plane heyday at Edwards AFB in the late ’40s through the early ’60s.

Back then, the Air Force was quietly working on getting pilots into orbit in the exact same way Branson and Virgin Galactic did on Sunday: A mother plane flying tens of thousands of feet into the thin upper atmosphere, where an attached rocket plane would detach and fly (nearly) to space.

White went well past America’s 80km definition of space and missed passing the Kármán line by that much.

While it’s true that Yuri Gargarin had actually orbited the Earth the year before, he was “merely” as a passenger, really, sitting atop a Vostok-K rocket.

Aside: I’m not trying to belittle Gargarin’s world-changing achievement. I only want to highlight the different approaches taken by the USSR and the USAF.

Before Sputnik had shocked Washington into going all-in on conventional rockets to get us into space, the Air Force was going about it in a very American way: Giving faster and faster rocketplanes to shit-hot test pilots willing to risk it all to go higher and faster today than yesterday.

I’ve often wondered what might have happened if the Soviets hadn’t had so many early successes with their space program. Ours could have looked less like Mercury-Gemini-Apollo, and more like Chuck Yaeger climbing aboard whatever spaceplane might have come after the X-15 and saying, “I think I’m gonna fly into orbit today.”

Whether you believe VSS Enterprise actually made it to space on Sunday, one thing is undeniable.

Virgin Galactic’s SpaceShip program and Branson’s cowboy spirit are trying to bring back a vision of the future that almost was… and maybe could be again.

Mom chases off attempted carjacker who nearly drives away with her child in vehicle: Video
Annie Wersching, ‘Star Trek,’ Bosch,’ and ’24’ actress, dead at 45
Reap what you sow: Democrats now express regret for skirting norms to boot Republicans from committees
Hulu’s ‘1619 Project’ Trashes America with Revisionist History, Voter Suppression Myths
Double amputee, who reportedly lost his legs after encounter with police in Texas, shot and killed by police in California