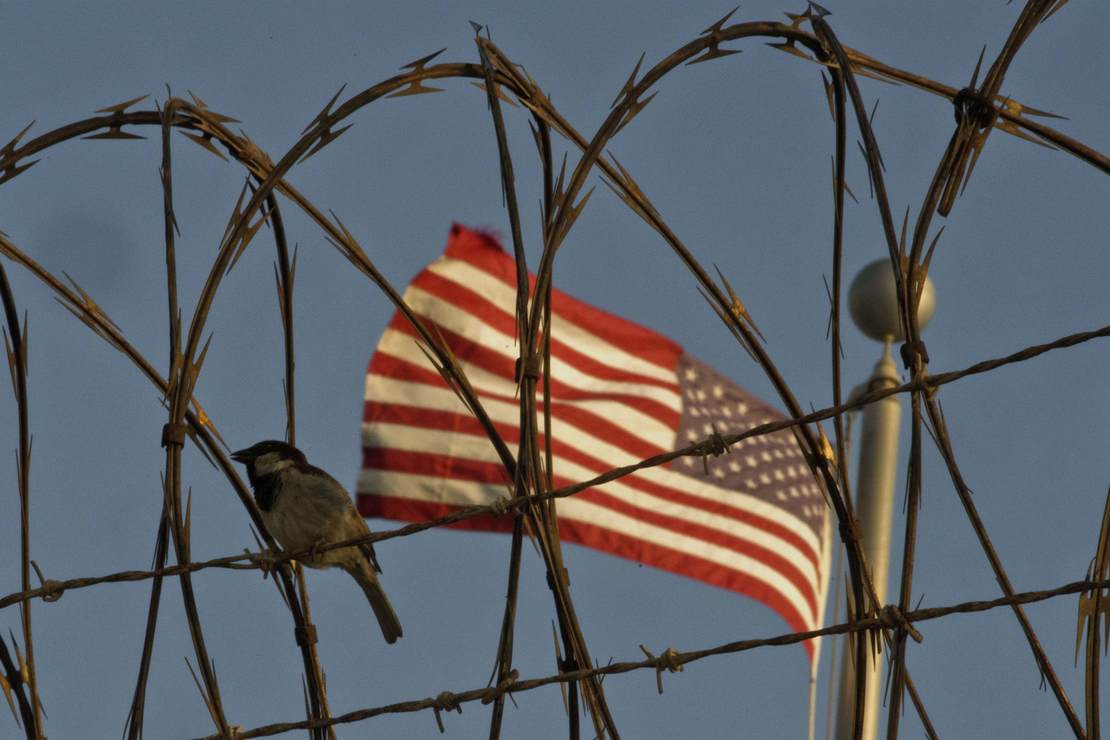 ABC News pitched it Tuesday as the ultimate feel-good story: “I was born again on July 19. My birthday is no longer March 4. I was born yesterday on July 19,” said Abdul Latif Nasser, a Guantanamo detainee who was freed yesterday by Biden’s handlers. Nasser was ecstatic: “I have no words to describe my overwhelming sense of happiness and joy. It is like a miracle after 20 years to be home and celebrate Eid together with my family.” However, the circumstances of his long detention were less heartwarming and should be pondered carefully by patriotic foreign policy analysts in Washington – if, that is, there are any such people.

According to ABC News in 2019, Nasser was “first cleared for release from Guantanamo more than five years ago. He had been detained there for 19 years after he was captured in Afghanistan, alleged by the U.S. government to be an active member of the Taliban and then to have trained with al-Qaeda.”

Despite that allegation, however, “during his time at Guantanamo, he was never charged with a crime, and his lawyers stress that none of the U.S. government’s claims have been aired in a court of law.” That’s right: Abdul Latif Nasser spent nineteen years in the Guantanamo prison camp without charge. It doesn’t matter what he did; this was a tremendous injustice, but it was more than that as well. The long imprisonment without charge of Abdul Latif Nasser was born of the confusion about what exactly we were facing after 9/11 in the first place.

George W. Bush indelibly, albeit somewhat fuzzily, called it a “war on terror,” without explaining how exactly we were going to fight, much less win, a war against a tactic. Nonetheless, we originally did fight against “terror” as if we were fighting an actual war. There were the disastrous incursions into Iraq and Afghanistan, and just as in past wars, we put enemy combatants such as Abdul Latif Nasser in a prison camp.

In past wars also, soldiers who became prisoners of war were generally not tried; they were held until the end of hostilities and then released. But Bush’s war ultimately became Obama’s war, and was then transformed by the latter into a war against “violent extremism,” which opened the door for the identity of the enemy to be shifted from jihadis to “white supremacists,” a label increasingly used of all non-Leftist Americans. Neither the war against “terror” nor against “violent extremism” have any definable endpoint, so there was no endpoint for the jihadis in Guantanamo.

Meanwhile, some jihadis actually were tried, and other jihadis are still awaiting trial, because despite calling whatever it was a “war,” the U.S. government still persisted in treating each act of jihad as if it were a separate and discrete criminal act, without any relationship to any larger conflict. But not being able to tie people such as Abdul Latif Nasser to any specific crime meant they would have to be tried, if they were tried at all, simply for membership in the Taliban or al-Qaeda, and that would be an easy case to lose in the absence of any evidence of actual criminal activity.

All this stemmed from the U.S. government’s refusal to study the concept of jihad and make a concerted effort to devise a strategy to counter it. Our response to the jihad attacks on 9/11 was unfocused, wrongly directed, and self-contradictory. It was a war, but it wasn’t. It was an action against criminals, but it wasn’t. It was designed to stop jihadis, but it wasn’t. The whole thing was mishandled from the beginning in every conceivable way, with an unfathomable loss of life and resources, to no good purpose.

Meanwhile, many former Guantanamo detainees have returned to the jihad. Will Abdul Latif Nasser do so? Time will tell. But was anything done while he was at Gitmo to disabuse him of his jihadist sensibilities? Of course not. That would have been “Islamophobic.” Instead, he was given a Qur’an, the book that led him to wage jihad in the first place, in a manner that demonstrated that even the infidel U.S. had exaggerated reverence for the book: Non-Muslim guards even wore gloves when handling it (because unbelievers are “unclean,” as per Qur’an 9:28). It is entirely possible that Abdul Latif Nasser is an even more hardened and determined jihadi than he was before. Your taxpayer dollars, and Washington’s willful ignorance, at work.

And finally: What will be done with Guantanamo once it’s completely empty? Do Biden’s handlers intend to fill it up with the new “terrorists” and enemies of the state, that is, law-abiding opponents of the Leftist agenda?